Road Avenger by Data East, also known as Road Blaster in some parts of the world. This was a "Full-Motion Video" Laserdisc arcade game originally released in the arcade in 1985, and later ported to several consoles (notably the Sega CD-Rom). 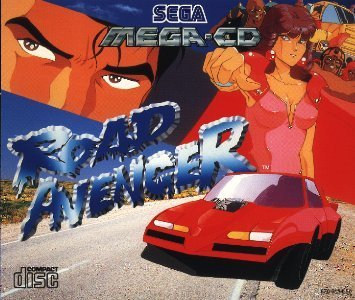 Here's the part where I get especially lethargic "remember when video games used to be.. just so cool?" Its true. Back in the day, there was a period where games didn't need to be hung up so much on reality and detail. They were all about having fun, transcending rationalization perhaps.. Someone had a cockamamie idea for a game, pitched it to his boss, and they'd say "the hell with it, maybe it will make some money.. let's do it!" And so, into this world was born the glory of a game called Road Avenger. 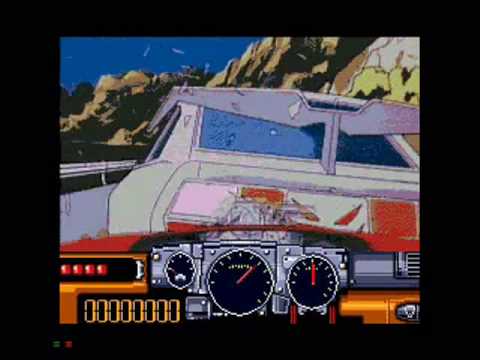 The story is very simple.. an evil gang of punks is ruining everyone's fun, terrorizing the general populace. They drive around intheir souped-up sports cars and run drivers off the road just for kicks. One day, they picked the wrong guy to mess with. You've just got married, you are riding off into the sunset with your new bride -until the bad guys force you over a cliff and your car blows up, killing your sweetheart. Now it's on. You suit up in black leather, rebuild your ride, and head out to get even, as only a Road Warrior knows how! 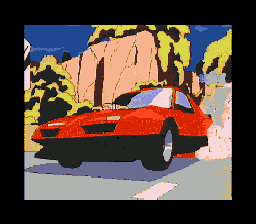 Alright, so the game is quite cheesy, extremely cartoony, and more than a little ludicrous. But from the get go (watch the intro) you know you are in for a good time. It's an FMV game, much like Dragon's Lair, Space Ace, and many other "choose the correct move or die" games of the day, meaning gameplay is extremely limited - even so, it's just such a blast, and the world is so hectic, that you really don't mind all that much. 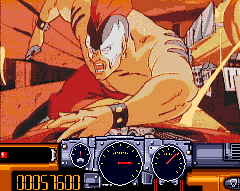 Along the way you'll ride through crowded streets, beside treacherous steep cliffs overlooking the ocean, on oceanfronts (in the surf!), hell you'll even blast through quarries and motel lobbies and ballrooms. Nowhere is safe from revenge! 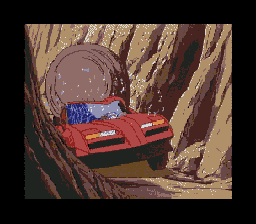 This is a game which showed up in the mid-80's in arcades, though I never saw it until it appeared a decade later on Sega-CD. The transfer was very rough.. grainy, shrunk, chopped-up framerate. Even so, the game was quite popular, and it stood out among a library of much-lesser software. The 90s were a good time to revisit some of these forgotten classics, which never really had a chance to make a home appearance in the years prior, due to limited tech. 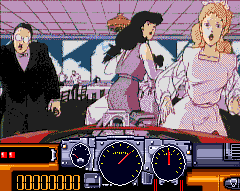 Overall, Road Avenger was as much a blast then as it is now. The game is bizarre, the music is metal and catchy, the mission is important and the theme is unique. If I get my hands on some money you can bet it's on my short list of remakes (or "inspired by") games I would love to create. At the very least, hopefully someone will rediscover this gem and re-release on iPhone! We already have Cobra Command and the Cinematronics Laser games, why not Road Avenger? 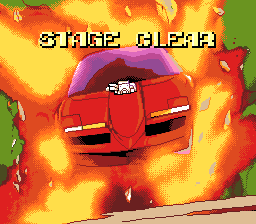 Our iPhone game 180 is available now! Help us stick it to the man and pick up our superior little puzzle/twitch game!
Retro Game of the Day - Archives
Get daily news, dev blogs, and stories from Game Developer straight to your inbox
Subscribe