Retro Game of the Day! Rastan 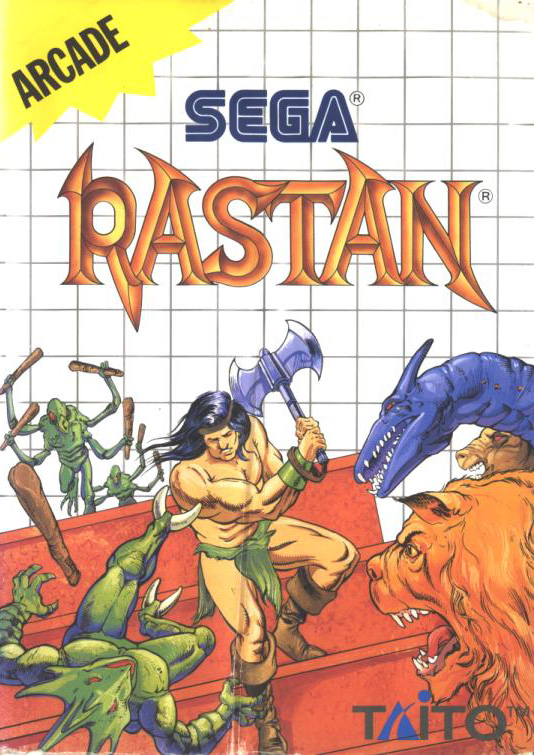 Rastan by Taito, a 1987 arcade release which ported to several systems (notably the Sega Master System in 1988) - though it's never appeared on a Nintendo system, somewhat strangely.

Rastan was a smaller-time arcade title which still had some degree of popularity, and was trumpeted as one of the more important conversions released on the Sega 8-Bit system. 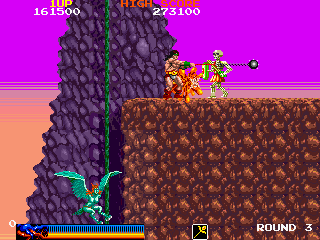 Looking as if he had jumped right out of a Frazetta painting, the Man with the Sword was a hack'n'slash maniac charged with journeying through each level and taking out a boss creature.

I have to admit that I haven't seen much of the Rastan series myself - never gave the arcade much of a look, and though I did have the SMS cart I picked it up during the 16-Bit period so the relatively lackluster visuals didn't grab me. Even then, looking back to when it released, one could still appreciate the game for what it was. 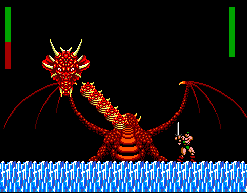 I do bring it up because this title came out during a period where the consumer was actually quite overrun with Ninja and Cyborg escapades - Conan-style escapism was not nearly done to death as the other genres, so this seemed refreshing. Peel back the aesthetics and you actually had a solid playing game here as well, with some beautiful attention to detail and solid control mechanics.

As I said, I never gave Rastan a fair shake but it's stood out in my mind as "the game that deserved a chance but never showed up on NES" (and therefore missed the boat). My love instead went to a similarly-inspired title, the glorious Legendary Axe. If you enjoy that game, you'd do well to give Rastan a look as well - the arcade version, at the very least!