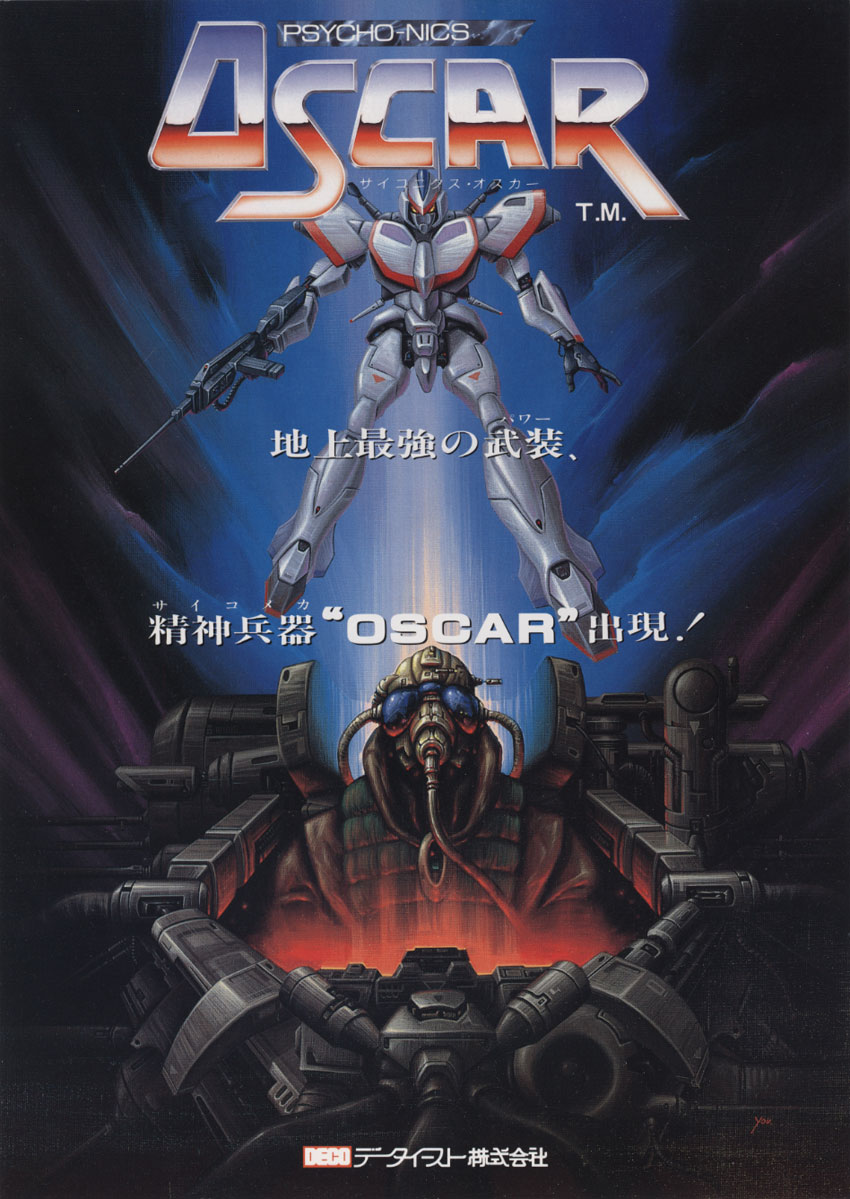 Psycho-nics Oscar by Data East, arcade release in 1987. (Or just plain vanilla "Oscar," if you prefer, works for me!) 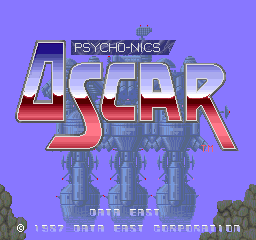 Here is a little gem that no one, I mean no one, knows about... a little arcade platformer which I like to think of as Karnov in a robot suit. Same developer, maybe a similar engine, graphical style is not too far away, hey it is not that much of a stretch... 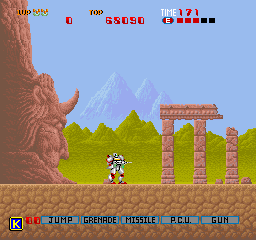 Basically this is your standard walk-to-the-right-and-kill-foes game, like a much slower and more cumbersome Contra with a weapons system from Gradius implemented. Definitely not a bad recipe, even if the execution wasn't stellar. 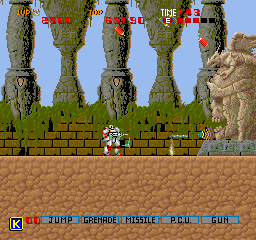 Unfortunately, this was one of those games which could have gone onto some fame if given half a chance (the theme always did well) but it was never meant to be, and I rarely say the game around. It wasn't a game which grabbed you at hello, more of a thinking man's run'n-gun I suppose. 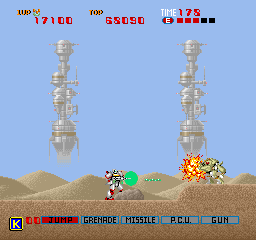 Still, a game worth it's salt and absolutely worth your time. It will never be thought of now, but if I ran the Virtual Console service (and why don't I? Wasn't this a job I was made for?) then this would be on my short list of games which deserved a second chance. A solid, fun little game which is said to be the inspiration for the much more memorable Turrican... check out Oscar! 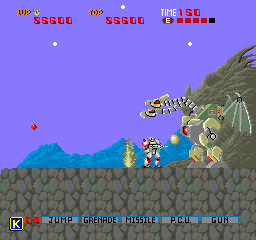