Retro Game of the Day! Paperboy 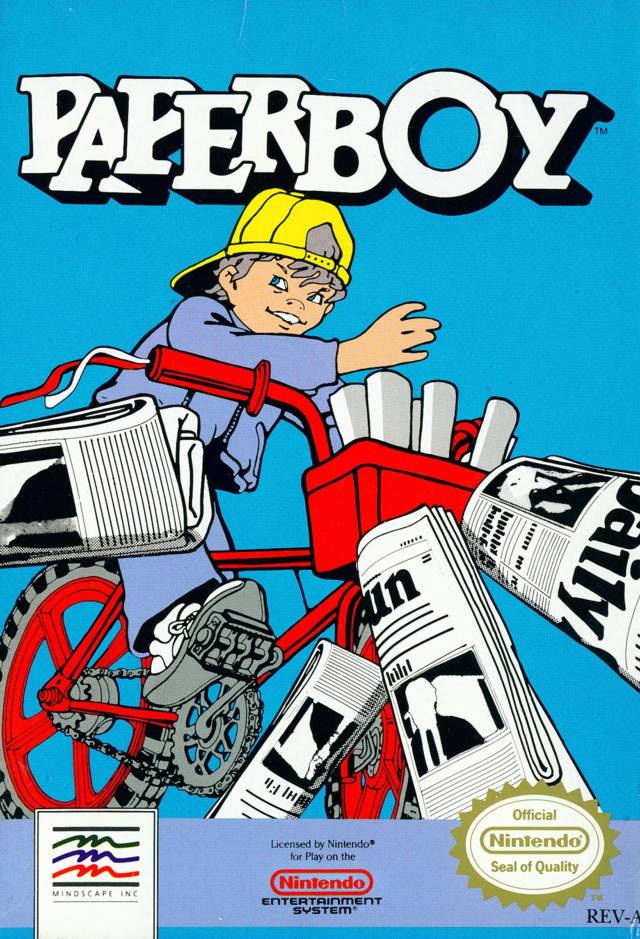 Paperboy by Atari Games, arcade machine released originally in 1984 (wow, was it really that long ago?) Another in a long, long line of innovative games by the company. 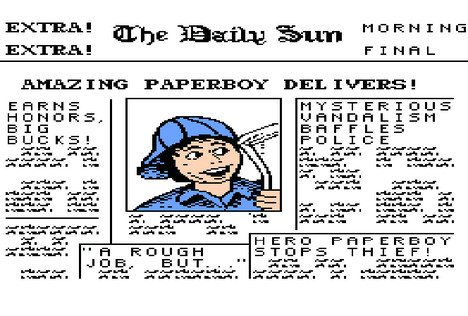 Paperboy was one of those titles that instantly commanded your attention upon seeing the unit in the arcade - enormous bicycle-handlebars protruding from the unit, inviting you to awkwardly steer the valiant paperboy through an honest day's work delivering the news to inquiring minds.

Presented in an isometric perspective, you guided you character up the street, avoiding all manner of hazards - RC cars, actual cars, kids on Big-Wheels, and so forth - and you were tasked with delivering your stock of newspapers to subscriber houses, launched at the press of a button. Subscriber houses looked like "friendly, good" houses, while non-subscriber houses were dark and gloomy (with doormats saying things like "go away!") You were scored on accuracy - throw a paper to the front door or in a mailbox, and your score would soar. Break windows and such, and lose subscribers. 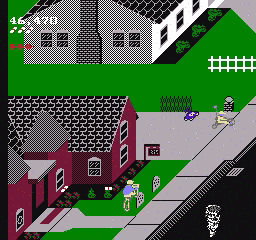 Additionally, you needed to roll over dropoffs to pick up more "ammo" (papers) and at each level's end there'd be an impromptu obstacle course for you to deal with. 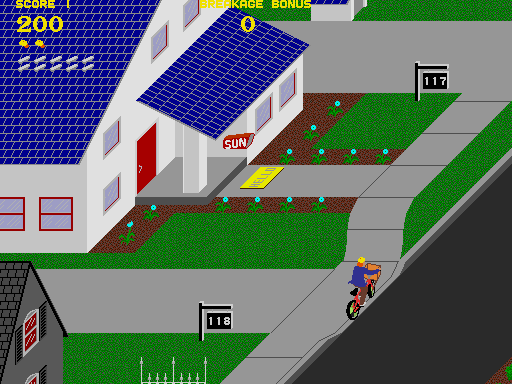 The game was bright, cheery, and inviting in that usual Atari way. Representative of the Golden Age of videogaming where it was not unusual to see dramatically different gameplay styles such as this, and it was very welcome (and well-known) for it. Interestingly, the game was never followed up with a proper sequel (weak-looking efforts followed, eventually, on SNES and N64, but I never played them so I cannot judge). The game may be quite old, but it is still a fun title full of good humor and personality, and wonderful to pick up and play.