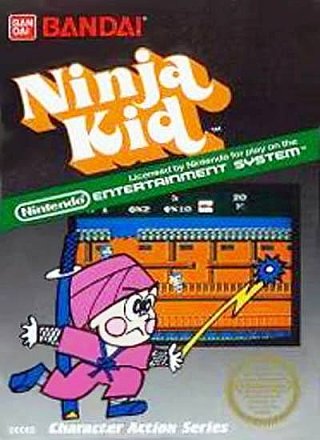 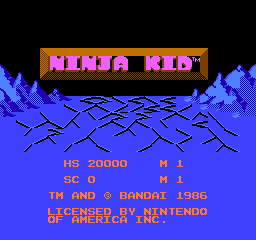 Alright.. this one really takes me back, it is one of the first NES games I ever played. Probably one of the first 3rd party titles, to be honest. Time has not been kind to the Ninja Kid, and a quick search on YouTube will yield a lot of very angry reviews from kids who never played this game in its proper context. That's too bad; it wasn't without it's flaws, but when it released Ninja Kid was actually quite fun. 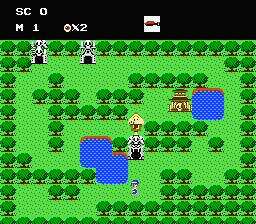 This was also one of the first games I played that made use of an overworld map coupled with side-view action levels, something that would be used to much greater effect years later in Zelda II. You'd traverse these top view levels, and enter portals to the different action sequences. They would charge you with running across a scrolling landscape, killing foes and avoiding projectiles. All the while you would be collecting bonus items, power-ups (a novel concept at the time), and sometimes little "ghost balls." 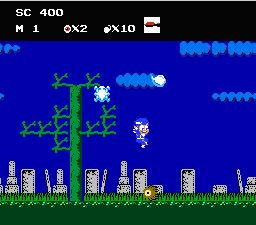 The game was quite colorful, hectic, and upbeat. I loved these old games where they didn't get too concerned with what you'd be battling.. just a bunch of abstract designs, blobs with eyes and that sort of thing. It didn't matter, it was just fun to blast across these levels killing everything!

I strongly suspect Ninja Kid will always be even more obscure than the slightly-more-known-but-equaly-forgotten Kid Niki, a similarly-themed game released around the same time (although the latter is more Mario-esque, whereas Ninja Kid is more "shooty.") It's hard to recommend a playthrough of this game now, as the controls are a little loose and the game is a bit pointless. Still, it's impressive what they pulled off so early into the NES lifespan, and the game was quite nice in its day.