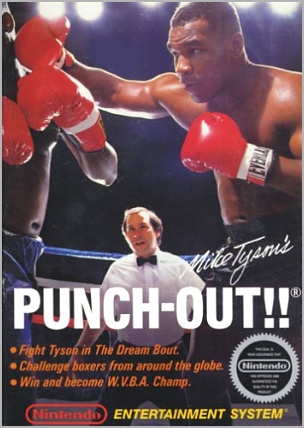 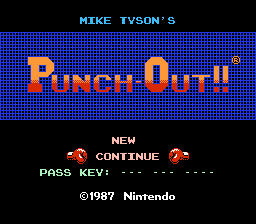 In 1987, Nintendo was the hot thing and Mike Tyson was the other hot thing. the Reese's Peanut Butter Cup of this was realized in Mike Tyson's Punch-Out!!, a sport boxing title released with considerable fanfare for the console. "Power, Power, now you're playing with Power!" went the TV avert, as Tyson himself demo'd the game in a room full of TV's. 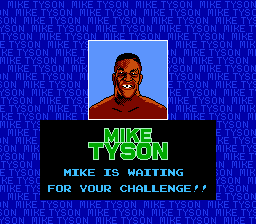 The original 2-screen arcade had been lighting up arcades for years, and though the tech had to be considerably downsized from the original incarnation to fit on the tiny NES cart, what resulted was still quite impressive. Unlike many NES games at the time, Punch-Out!! was a rich and colorful game, featuring very large and distinctive character sprites - all very well-animated, all dripping with character. Immediately it was evident that a lot of love and care was put into the development of this game's presentation. 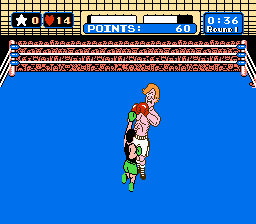 The game itself was fairly simple - survive a few rounds in the ring versus your opponents, discover ad exploit their weaknesses as you advance through the rounds. The game started off easy enough, but quickly became quite challenging (after the first.. dozen times I went toe-to-toe with King Hippo, I was about ready to throw in the towel!) 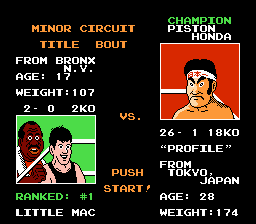 Perseverance was key, and patience paid off - the journey through the entire game was a rewarding payoff (and certainly a workout for the thumbs!) The characters kept on getting bigger and badder, but the big prize waiting at the end was quite tempting.. " A dream match with Tyson himself, and a chance to take home the World Video Boxing Belt!" 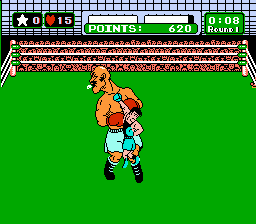 It didn't take me too long to progress through the ranks - I have to admit, I was able to trounce every fighter in this game save for 2 - Mr. Sandman (big truck of a dude) and of course The Man Himself. I could never take down Tyson, he was too tough, too quick. Even the next-to-last bout with Super Macho Man was pretty cake, I could send that guy to the ring with one hand tied behind my back. But Tyson.. he was something else. 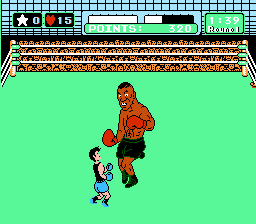 A ridiculously popular game back in the day, with a reputation that's well-deserved and long standing. There were always crazy rumors about this game (I remember reading an article in the Boston Globe saying schoolkids claimed that a character in the game would pull a rifle from the crowd and snipe at Tyson if you could last long enough) - type in the Nintendo Hotline Number and hear a busy signal at the password screen (this one was true!) and of course, the true weirdness was when Tyson fell from grace and even had his name and likeness stripped from the game altogether (replaced with the generic "Mr. Dream," bah!) To me and many others, this will always be Mike Tyson's Punch-Out!!, one of the best games on the system and a very fun and memorable title from a time long gone!