Retro Game of the Day! Journey to Silius 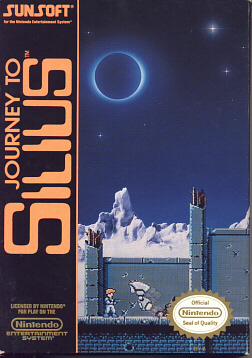 Journey to Silius by Sunsoft, released for the NES in 1990. 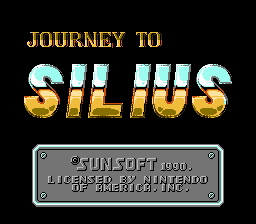 Another anomaly in the history of the NES. Silius, by all rights, should have been a game I would have rushed out to buy immediately, considering its lineage (I was a super-fan of the developer's other games put out in preceding years). Still, even just seeing the prerelease screenshots in the game magazines, my Spidey-sense tingled and I knew to stay away. I never even ended up renting the game! 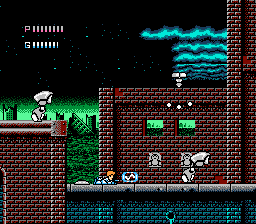 I say this with such surprise, since their earlier effort Blaster Master was one of my favorite game experiences of all time - it played very much like Sunsoft's answer to Metroid, and this game looked like it should have been their follow-up to games like Mega Man. It was a great time to be gaming on the NES and all these wonderful titles had been out and stirring up everyone's imagination. What went wrong? 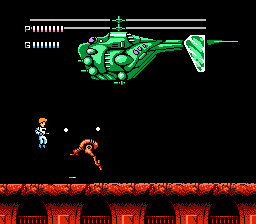 In spite of the tone, Silius didn't turn out to be a bad game; it was just very bland. The intention might have been there, but the result felt very phoned-in. The other games mentioned al had unique characters that were well-designed, each wrapped around relatively compelling mythos. This game, while not hurting for visual detail, lacked any real strong style and all of the characters felt very flat and soulless. Coming off of such a strong lead-in, this was strongly apparent, and if the developer didn't really care about their own game, why should the audience? Underneath the aesthetic design, a competent platformer was in place, but again it wasn't enough when compared to contemporary games to be terribly enthralling. 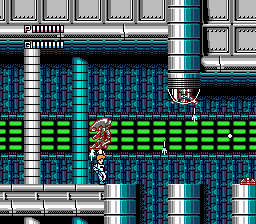 It's interesting to consider the game's foggy history, apparently at some point it was ot have the Terminator movie license grafted onto it; for whatever reason that deal didn't work out, and this way their backup plan. To be fair, Journey to Silius presents a challenging action game with multiple weapons and difficult fights with detailed bosses. The real star of the show here, interestingly, is the soundtrack - you will be hard=pressed to find much better on the NES, other than the usual staples. It's a must-listen, even if the game is kind of a chore.