SEARCH
A minimum of 3 characters are required to be typed in the search bar in order to perform a search.
Production
1 MIN READ
Featured Blog 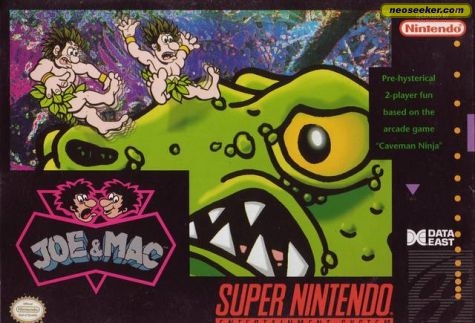 Joe & Mac (aka Caveman Ninja) by Data East, released in the arcade in 1991 and ported to several systems (notably the SNES). 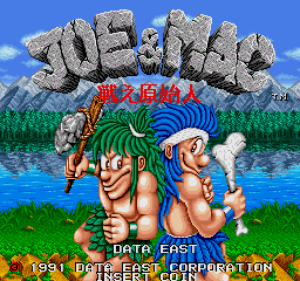 Somewhat surprisingly, the prehistoric theme is one that's not been mined too often in the video game world. It's happen a bit here and there (see Bonk), but largely has been left alone. So when it does turn up, it's easy to take notice. 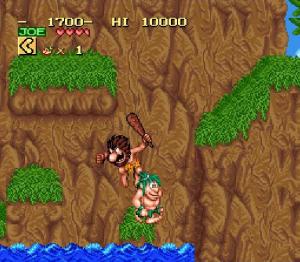 Joe & Mac made great use of the theme, cavemen battling dinosaurs (and rival tribes) with simple weapons. The game is memorable for being one of the really nice-looking examples of the older SNES games, with lots of huge bosses to boot. 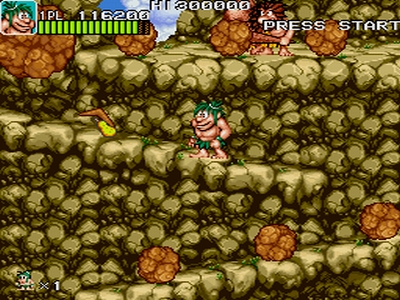 Unfortunately, though the game looked pretty sharp, some of the designs weren't terribly stellar and the game did lack a bit of character. What's more, the level designs were pretty standard stuff as well, and not very enthralling after all. 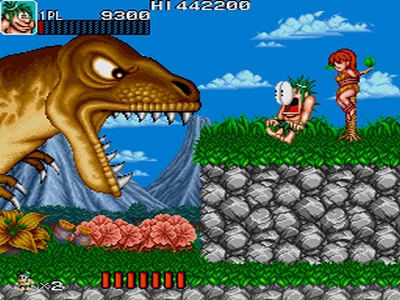 Still, the game was really nicely crafted, and as a two player game it still scratches the itch for awhile. And someone needs to rescue all the cave girls! The end of the arcade game has you exiting a dinosaur's rectum (don't ask) through one of three portals. Depending on which exit you choose, you'll either rescue a badly-dressed transvestite cave "girl," a really fat cave girl, or a group of several hot ladies (who'll still chase you away anyway...) 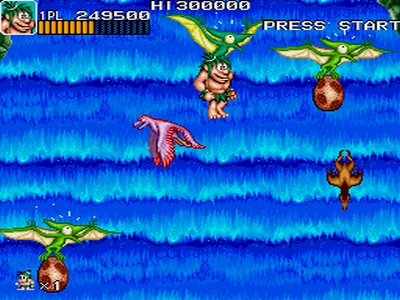