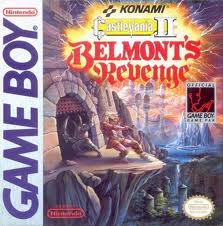 Castlevania II: Belmont's Revenge by Konami for the GameBoy, released in 1991.

Say whatever you like about Konami. "They've had their day... Metal Gear House... Dance Dance Whatever..." I don't care. For the classic gaming crowd, this was one developer who didn't care what platform they were developing on, whatever effort they put forth was always going to be top-notch. CV2 on GameBoy was the perfect example of this. 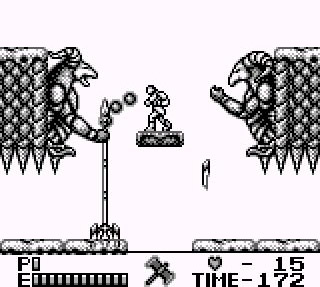 The first Castlevania Gameboy outing was excellent for it's time, if a little rushed and experimental. As it was a very early title, many tricks had yet to be discovered that would eventually make gaming on the system less of a chore and more of a pleasure. As a result, the game handled quite clumsily, with a character who dragged across the screen at a snail's pace. This didn't make for optimal gaming, however being able to play any incarnation of Castlevania on the go was quite a treat and so it was forgivable. 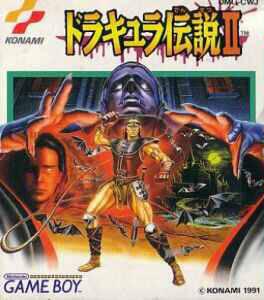 By the time the second title was announced, those of us who trod through the first episode were a bit wary "oh, more of the same?" The game was approached with caution, and upon investigation, the game was revealed to be a true gem; certainly one of the top games the system would ever offer! While much of the slow, meandering gameplay was still present (the Gameboy had a passive-matrix display - in layman's terms, "whenever the screen moved, everything smeeeeaarrred" and therefore keeping things slow kept them legible!), the game was much more well-designed to compensate for this fact. The design ranks up there with some of the best console outings of the genre, in fact.

The game took a cue from Mega Man-style games by presenting the player with a stage select at start, and opening up further stages once they'd been dispatched. The usual assortment of expected power-ups and bosses were present, and a decent password system to tie it all together. The real clincher here was the presentation; like the first game, CV2 looked and sounded excellent, and the superior level design (enhanced with multiple paths) made the whole thing a joy to journey through.

Selling a modern audience on an old-school black-and-white game is no easy proposition these days, but any GameBoy enthusiast worth his salt must play through this game if they want to see some of the best that generation had to offer - Castlevania 2 on GameBoy is a timeless classic, and it is still a blast to play through today!

We are attempting to reach for the stars with reddit! Help us out and "vote up" our cause as we promote our iPhone game (it's going FREE temporarily, shortly!) Support great games and the people who love to make them, register and hit that up-arrow!