Retro Game of the Day! Batman - Return of the Joker 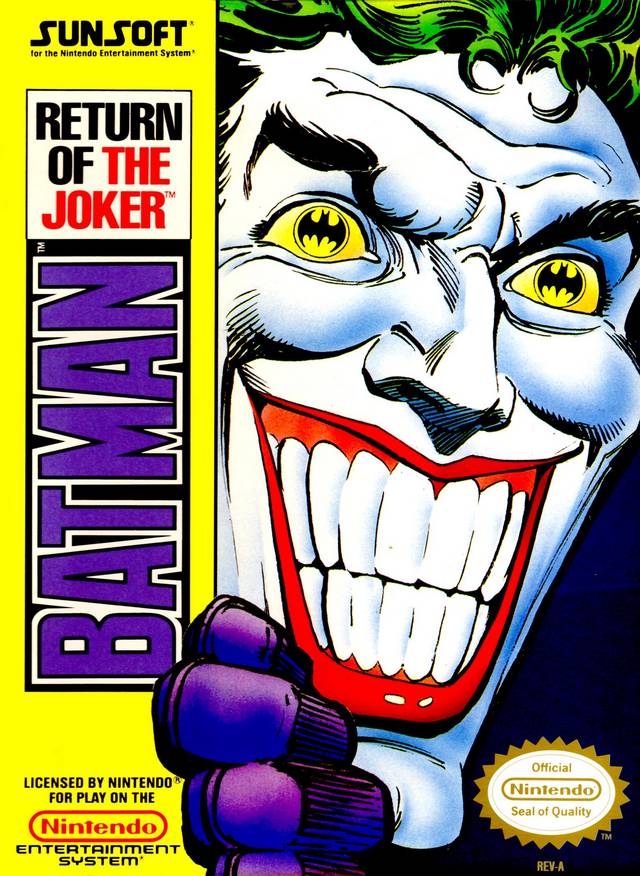 Batman - Return of the Joker by Sunsoft, original release on the NES in 1991. Ported (up) later to 16-bit as well. 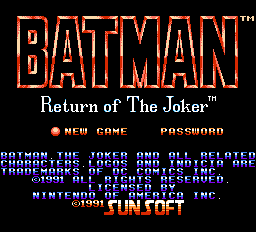 Here's another game I have been meaning to write about for awhile. As usual I have to proclaim that Sunsoft was absolutely one of my favorite developers back in the day, their games usually oozed with such craftsmanship in their presentation. Maybe they weren't constantly the deepest, most enthralling experiences, but they were always very fun to play and they looked and sounded great. ROJ was no exception, though (and this is silly) the box art always bothered me. Appropriate for a 1970's comic book cover, for certain - which should make it more than appropriate in this case - but the Batman in this game was quite far removed from That Bat, and something either grittier or techier should have been used. Maybe something more like this, at least.. 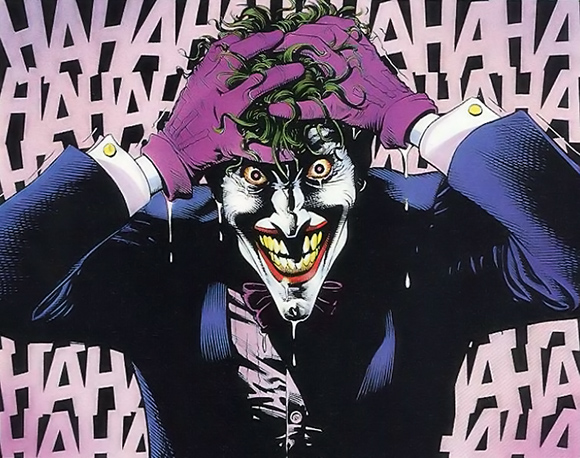 But, whatever. If there's one thing that ultimately matters least about the game at the end of the day, it's the box design, so I don't mind! 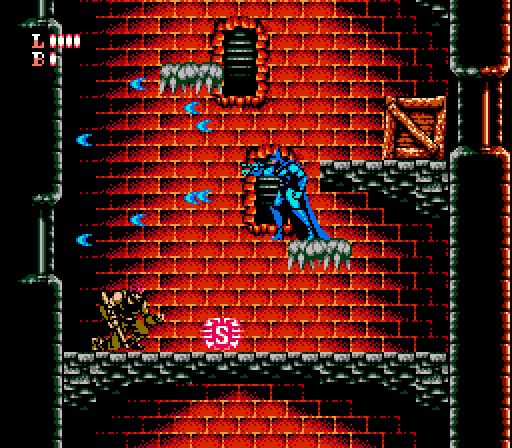 Anyway, the game was a follow-up to Sunsoft's previous movie adaptation which released a couple of years earlier. Like that one, this game took several liberties with the Batman mythos; actually ROJ almost completely has nothing to do with Batman whatsover, it's almost as if the developer had little knowledge or consideration of that character/world in the first place. Comics purists would be miffed, but there was a very nice action game here anyway and that more than made up for the lack of "playing it straight," besides how many garbage games have we seen that tried to stick to the license at the cost of actually being well-produced? 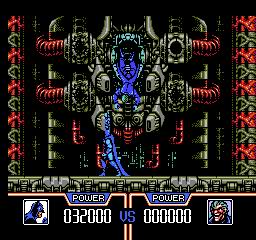 That being the case, this is a straightforward non-Batmannish adventure with some awesome sights and sounds (especially for 8-bit!) that played an enjoyable, if formulaic action contest. You walk to the right, ascend towers, collect powerups, shoot enemies, and topple bosses. There's even some side-view shooting levels. It all looks great and it's a ton of fun, and while non of it was "fresh," it was a solid job all around. 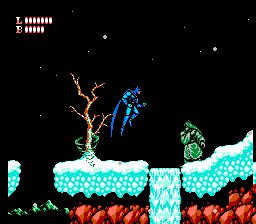 The thing that will stand out in my memory the most is the graphics in this game (if I've not mentioned them enough in this review by now!) But it is worth going over and over, because they are some of the most beautiful you will ever witness coming out of the NES' PPU. I don't know if I can honestly think of a game which, punch-for-punch, could have matched this game's technical prowess. There's a lot of darkness and some pretty drab color choices, but overall the entire game was a spectacle. Huge detailed characters, tons of frames of animation, giant elaborate mecha. I was not expecting this, Sunsoft really brought their A-game. 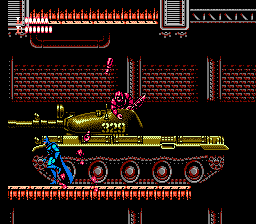 A true classic which is seldom mentioned. NES-heads, this one's for you.