Retro Game of the Day! APB 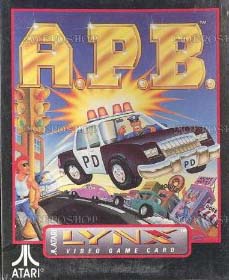 APB by Atari, arcade release in 1987 and ported to several systems afterward, including the Atari Lynx in 1991.

I have said it before, many times, and I will say it again whenever I get the opportunity: inthe 80s, Atari was a powerhouse of a game developer, Not only did they lead the console revolution at the dawn of the decade with their hugely popular 2600 VCS (and "next-gen" computer/game console hybrids such as the 400/800 series), they dominated in the arcades as well with a very consistent track record of excellent top-quality titles. Any time a new Atari machine was wheeled out onto the floor, you just knew it was going to suck away so many of your hours and quarters, and you couldn't wait! 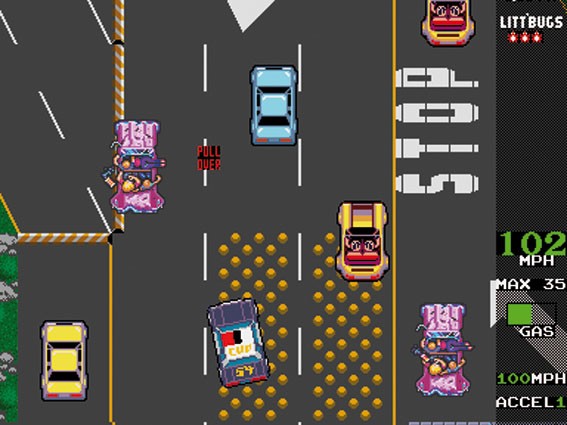 APB was a decent/interesting/different game, if not perhaps are groundbreaking and noteworthy of some other Atari titles released at the time. You guided your patrol cruiser around in a top-down view, controlling the action with a steering wheel (in the arcade version) and an action button which would operate the siren. A lowly cadet, you were tasked with pulling over drunks, litterbugs, and transients - and you had to avoid traffic collisions or other miscreant activity, else you'd earn demerits which would end the game if they added up. Other things to watch were timer (refillable by picking up donuts) and your car's fuel gauge. 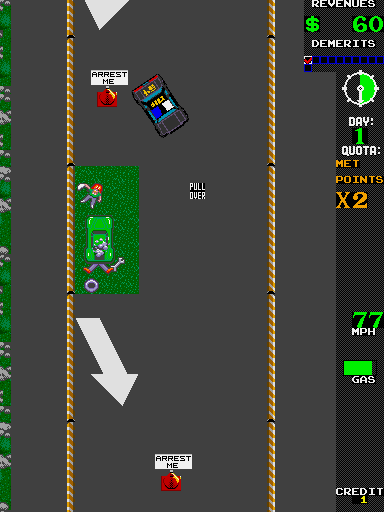 Though the controls were a bit tricky to get used to (especially the Lynx version), the game was different and interesting enough to have that addictive "just one more time" quality which still holds up today. APB had the usual expected Atari Games layer of polish, adding graphical detail and character touches that made the game feel like a complete package. 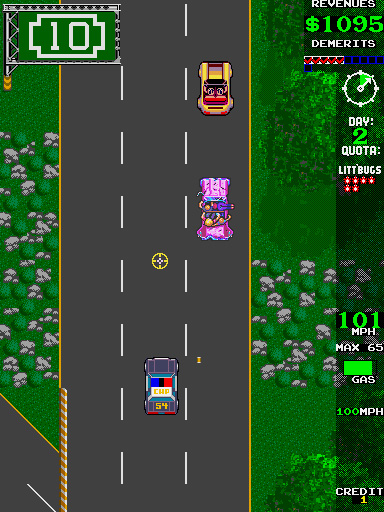 The portable version is quite enjoyable as well, interestingly it was an early effort by a programmer who would go on to lead the World of Warcraft Mac team when he went over to Blizzard! Though some of the game's finer details were lost in the translation, a lot of love and care still shines through in this port and though the controls take some getting used to (and can make the game sort of difficult), the game is a stand-out for the Lynx library which collectors should seek out.

One of the final Atari efforts put forth by prolific developer Dave Thereur (I, Robot, Tempest, Missile Command, others) APB is a lesser-known gem which is worth any gamer's time, and worth digging up.