Post Mortem Ascender: As if to ressurect the dead

The post mortem of our game, Ascender. We are sharing both the development journey and a bitter story of finishing Ascender. We're truly struggled on finishing the game with many hurdles in front of us but we finally managed to release Ascender.
Riris Marpaung
Blogger
March 29, 2017

Everything begins with a dream.

The journey in making Ascender began in early 2015. At that time, I had just quit my full-time job to join the impossible adventure with Ascender. Let me introduce myself first. I'm Riris, A.K.A Ruby, the producer of Ascender from Indonesia.

Ascender is a 2D puzzle platformer game. It takes place in an underground world named Goa. The player acts as Sky, a little robo which have to face a variety of puzzles and collect three legendary metals in order to save Ocean, the limbless girl that came from another world. Ascender has a unique hand-drawn style visual art. 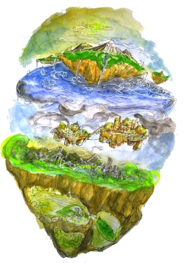 Picture 1. The world of Ascender

Are we some huge fans of Ori & The Blind Forest, Limbo, or Braid? Do we really love Thomas Mahler, Jeppe Carlsen, or Jonathan Blow? The answer is NO for both questions. Then, why did we choose the puzzle platformer genre?

It all started back in the beginning of 2015. After attending one of a game event, I had a great discussion with Dodick (GameChanger co-founder) about what supposed to be our next game. Each of us did a research about the game trend and strategy in Steam after our numerous failed attempt developing game for mobile. We arrived at a conclusion that adventure genre has a big market there. We focused our observation to games with that genre and played various of them. Then one night, we agreed to make Ascender.

The Ascender universe is not the same as it was a few hundred years ago. In the beginning, there was only one perfect civilization of Atlas that was inhabited by gods. To maintain their standards of ideality, they create a floating civilization called Atlas and close the access from other creatures by lifting the sea as a barrier, thus creating an aquatic society of Ut. Below Ut exists three other territories: Mahael, Ataran, and Goa. The game itself take place in Goa, which happens to be located underground.

Goa is divided into 7 districts: Dolopo, Mustang, Hymla, Rajumla, Helion, Everest, and Ranesh. Their natural conditions are radically different from each other, hence they are utilized for different purposes and can be easily distinguished. A complete description for each of the districts can be found here.

The responsibility of story writing is held by Marcel Bonar. He spent much time in making a captivating story with a distinctive premise. No wonder Ascender won the best narrative award in In.Game last year. Bonar can be so poetic even when describing the simplest thing. The result is a beautifully crafted story conveyed in means of dialogues and quests of this puzzle game. His note regarding Ascender story-making can be accessed here.

As the flow of the story was becoming clearer, so were the environments and characters in Ascender. The visual artist could start to sketch the concept arts for the districts and its inhabitants.

Rizal, GameChanger's art director, is actually the first one who brought the rough draft of Ascender. He also still has a full-time job as a lecturer. He spent many nights after work by drawing the world of Ascender on hundreds of A4-sized paper. At times, he didn't even realize that it's sunrise already. The drawings were then colored digitally by four artists: Dayinta, Daru, Emily, and Icha. To know more about the painful process that they have endured, follow these links below.

In the art department, there are four more interns who helped in creating dynamic environments and NPCs: Anissa, Dio, Faiz and Rhea. It means, there is a total of nine artists who took part in creating Ascender.

If there is one word to summarize what the two programmers of Ascender: Archie and Roderick, have been through, that would be "irritating". Archie the lead programmer had never taken part in creating games with such high complexity as Ascender. Their attempts in tackling some of the programming challenges are explained more thoroughly here.

Although many obstacles lie in the path, they always strived to ensure that players can always get the best experience when solving puzzles. This reason justified why Ascender was awarded the 'Leading Engineers of Game Mechanics' in Compfest  2015.

Next on the staff roll are Dimas and Handrey, two talented musicians that worked on the audio aspects of Ascender. Dimas was in charge to develop various sound effects for the main character, NPCs, and other environmental objects. Handrey was responsible for creating the BGMs which differ from one district to the other. They had to do many experiments as their hard works were often got rejected. Their works are elaborated clearly here.

The last person who had an important role is Dodick, the game designer of Ascender. He introduced and taught me many things about games. Dodick has dreamed to become a game developer since he was little. As a good friend of him, the least I can do is to help him fulfill his dreams. With that being said, the level design of Ascender was no walk in the park for him. His story in designing is given in more details here.

Time goes by and discussions popped here and there. Bonar, Dodick, and Rizal were regularly involved in a fiery debate. This may be caused by the differing passions they had in mind. Bonar 'the narrative', Rizal 'the dreamer', and Dodick 'the complicated guy' were all trying to establish what makes a game fun for the players.

All the awards and appreciations, be it local or international, didn't necessarily make the way to the finish line a smooth sailing. Now, I'll make my attempt in describing a process which virtually can't be expressed with words.

As if to resurrect the dead: impossible!

I will now explain the intangible development process of Ascender, and pour all of my feelings and sacrifices into it. This article is not to make you stop or back off, but rather to open your eyes that miracles do happen... as long as you believe!

Why we made Ascender? Let me tell you about GameChanger first. Dodick and I are used to be known as Gambreng Games, a casual game developer for the mobile platform. However, since we both resigned from our regular job and decided to work full time in the studio at the end of 2014, we thought hard to make games that easier to monetize compared to what we have done. So, we did some research and took the decision to temporarily leave the world of mobile games, and switch to the PC platform instead. To separate our new identity from mobile games, we chose a different name: GameChanger.

Ascender is a puzzle platformer game in which the player acts as Sky, a unique little robo. His quest is to gather legendary metals to help Prof. Toro in building artificial limbs for his foster daughter, Ocean, who was born limbless. The underground world of Goa, the place where the event takes place, is happened to be not so friendly for Prof. Toro to explore it by himself. Hence, Sky was created by Prof. Toro to carry out this mission. 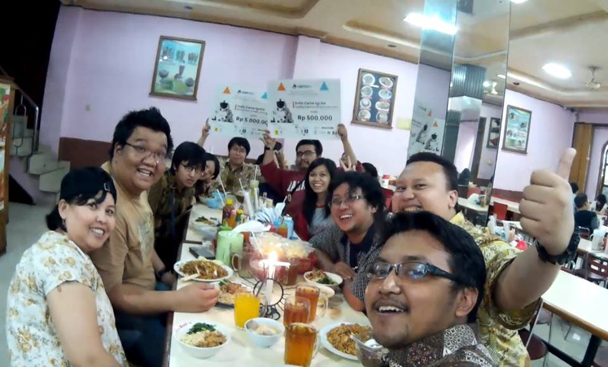 In order to achieve that goal, we asked our closest acquaintances to join. Hence, a complete team of producer, designer, story writer, programmer, visual artist, and sound engineer was formed. Everyone devised a plan according to their roles. Rizal (art director) experimented by sketching many pages of concept art, be it environments or characters. Bonar (story writer), Dodick (designer), and I (producer) spent numerous nights to design the story of Prof. Toro, Ocean, and Sky. We agreed to choose the Himalayas as the source of inspiration.

Despite the lack of experience in creating a game as big and as complex as Ascender, everyone is trying to work his best. We even recruited additional members to accelerate the process, namely two artists, one programmer, and music composer. Four student interns also took part in this game. Thus, a total of 14 people were involved in the Ascender. We still have enough money to move forward and luckily we got even more additional money by winning competitions. 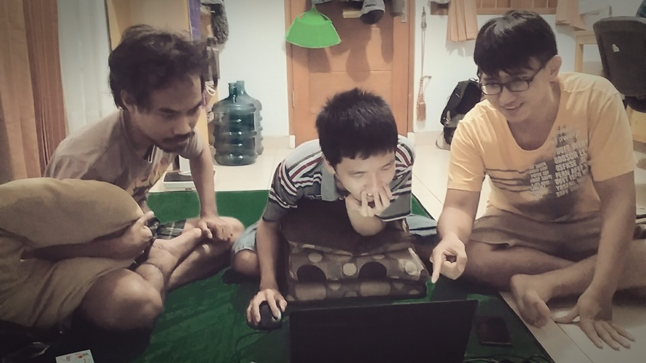 While finishing Ascender, which was originally planned to be released in March last year, terrible things occurred one after the other. Ever since we got Greenlit in January 2016, we had been looking for a publisher who could help us in releasing Ascender. Countless efforts, such as sending them emails and coming to a gaming event to meeting them eye to eye were to no avail (such opportunity is also rare in Indonesia). Of the dozens of publishers who we contacted, less than five responded, and only one who truly gave an honest and lengthy review.

Things got worse from there, as there was only enough money to survive for another month. Hence, in September, I gathered all 10 members to tell them the worst: GameChanger Studio will be disbanded and we will never release Ascender. That was the toughest, unforgettable moment in my life. We were silenced for a long pause. But I was unprepared for what's coming next: All of the full-timers decided to continue working on Ascender without being paid. To help the studio, I’ve got a full-time job while till going back to the studio at night and on Saturday. In the end, Bonar and Dodick also set aside some of our money to pay the full-timers, even only partially.

Some of the crews eventually had to quit for various reasons, such as taking a master degree, continuing family business, and looking for a better income. We definitely understand those reasons, and to this day we still encourage each other and maintain our friendship. 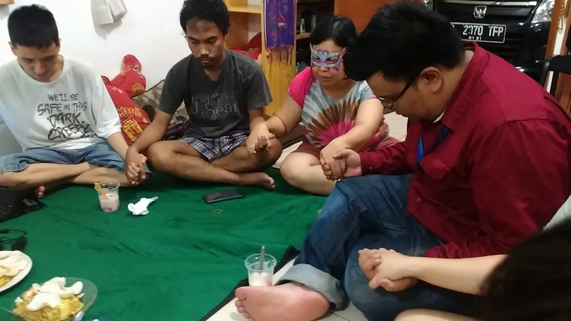 Picture 6. A ritual before we enjoy the meal

Under the depressing circumstances, we planned our way out and finally managed to develop a casual game titled NSFW. Fortunately, this game which was released in late in October 2016 was successful in extending our lifeline, so we were able to continue on completing Ascender. We will talk more about NSFW in a separate POST MORTEM focusing on how and why we develop it.

To hasten the process of releasing Ascender, I took a leap of faith by leaving my current job at January 2017 and began to spend the days, dawn to dusk to dawn again in the studio. Along with the other five survivors (1 designer, 2 programmers, and 2 artists), together we committed and determined to release Ascender at the earliest time possible.

Saying that the journey we experienced with Ascender is as impossible as resurrecting the dead is not really an exaggeration. Somehow we manage to get through it and bring along this game to you. Please, enjoy the game, and thank you for reading our post mortem.