a new age!
Ron Alpert
Blogger
November 25, 2007
Whew, yah, time to fill into my neglectef video-gameo-lame-o blog once again. man. i just don't have TIIIIIME to write in this thing anymore. which is a shame since there's lots and lots to say, especially lately. 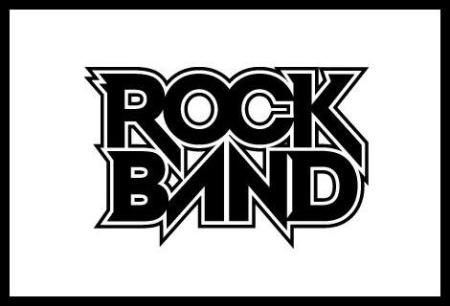 My officemates picked this $170 monstrosity up early last week and I would hear them wailing it down the hall while i was trying to work (hence why I have come in to put in some weekend hours, since it's nice and calm and peacefully quite at the moment). But yeah we all knew this would be interesting, for sure. My buddy in Hollywood picked it up as well and we gave it the once-over on Friday night - this game is fun! Not much for Guitar Heroics, I screamed and shrieked into the microphone till my voice was getting hoarse. Our band "Slutty Balls" kicked all kinds of ass. I can't wait to play some more! Drums looks fun also, I tried for a moment but thrown in mid-game with no warm-up and I completely fell apart. I can think fo some design choices (Simon Says-inspired) which might make that a little easier to swallow. Rock Band - party game of the year!

We went to some Neversoft friends' place for Turkey Day and powered up with the Wii. I have to say I have not really touched/seen a Wii (hold those jokes please.. aww) for just about a year. We were messing around with Mario Galaxy, a good looking, likeable-seeming game. It struck me how simple, easy the graphics are. They come across as solid, but that stuff is like .. BABY solid. I could whip out some levels for a product like that in no time flat. They are pretty long on details. It works though. I will always speak in favor of style. Also played some Wario's Woods (NES Flavor) on the Virtual Console. Never played it before, though the game (SNES version) has sat on my shelf for at least a year and change. Weird game.. it's got much praise. I can't say I enjoy it yet, but I will give it some time to grow on me (it's got a notable pedigree).

My Xbox 360 is sitting boxed up in a pile beside me. This sucks!! I had the thing running for barely 3 weeks with nearly no play on it.. all demos, really. I have to say, the demos have been great, for the most part - completely worth the investment. I could just kick back and play Geometry Wars, Lumines, Pacman CE, etc. At least! Hell the Skate demo was terrific, even the new Tony Hawk demo (in spite of popular opinion) is well worth it, I would say. Now.. ASIDE from demos.. I took home the office copy of the much-lauded Bioshock, and checked that thing out for a couple of hours. 1st time since I have had a 360 that I have truly played a game from a disc that wasn't a demo or a.. Yaris (don't get me started. GOTYaris!). But yeah. I got a little ways in. I was looking for Telekenesis.. however you spell it. Then BLAM the thing just froze up.. what.. whatever. Reboot. Play again and five minutes in FREEZE-UP AGAIN!!! This is bullshit now. Okay, reboot. Uhm. Reboot? Please? Where is the picture? Is my switchbox f'd? I plug directly into the side of the TV. I am hearing the normal boot audio for the system.. but no video. NO SIGNAL. NO SIGNAL. You wasted your money, lame-ass. Screw you, TV, I say. I pakced up the system and brought to the office with me on Monday. Tried different cables. Nothing. So it's dead. I got a 1-year warranty through the reseller. I come in and wait in line "we ain't got any replacements, too bad it's almost XMastime! Come back tomorrow" Yeah so I come back tomorrow "Come back next week, we got nuthin' for ya" So I come back (well, call) "We got nuthin' till middle of NEXT WEEK." Screw you guys. No, really.. Actually, screw me. I should have known better. You get what you pay for, and M$ already has their reputation stable-360-wise. That was ridiculous. Anyway, hopefully I will have a new working one beofre the New Year. Hopefully they will let me transfer over my Live account without any more migraines. Yes, now I am just bitching endlessly, but why shouldn't I? They charge hundreds of dollars for this stuff, and then I gotta run all over the place for it to just do what it is supposed to anyway? Well. like I said.. not a huge surprise. Yeah, well, I look forward to someday seeing more of Bioshock, that much I will say. For now.
Get daily news, dev blogs, and stories from Game Developer straight to your inbox
Subscribe