Warrior’s Journey (I wonder if that name will stick indefinitely now...) is coming along.  Today I want to continue to talk about the next step in exploring our art style as we continued to dabble with lines and the crosshatching effect I showed in the
Petter Dahne
Blogger
May 02, 2019

First of all I want to apologies for the delay. I meant to put this up a long time ago but other things has got in the way.

Warrior’s Journey (I wonder if that name will stick indefinitely now...) is coming along.  Today I want to continue to talk about the next step in exploring our art style as we continued to dabble with lines and the crosshatching effect I showed in the last post.

At the same time as the team experimented with the artstyle I was drawing some characters in my sketchbook. I made this guy (and later realised how skewed and wrong everything was, so don’t mind that!) inspired by the polyart references we used earlier. The design is still not set, but when discussing it with the team we focused much more on the feeling of the sketchy lines.

This felt like a way to take the crosshatching lines and apply it to characters. I talked about the crosshatch effect in the last dev journal and this was when we started to experiment with it, using props. We still hadn’t made any assets that will end up in the game so we used Unreal Engines standard mannequin which works fine. Now we could see everything in motion and get a better sense of how the effect looked on things other than basic shapes. 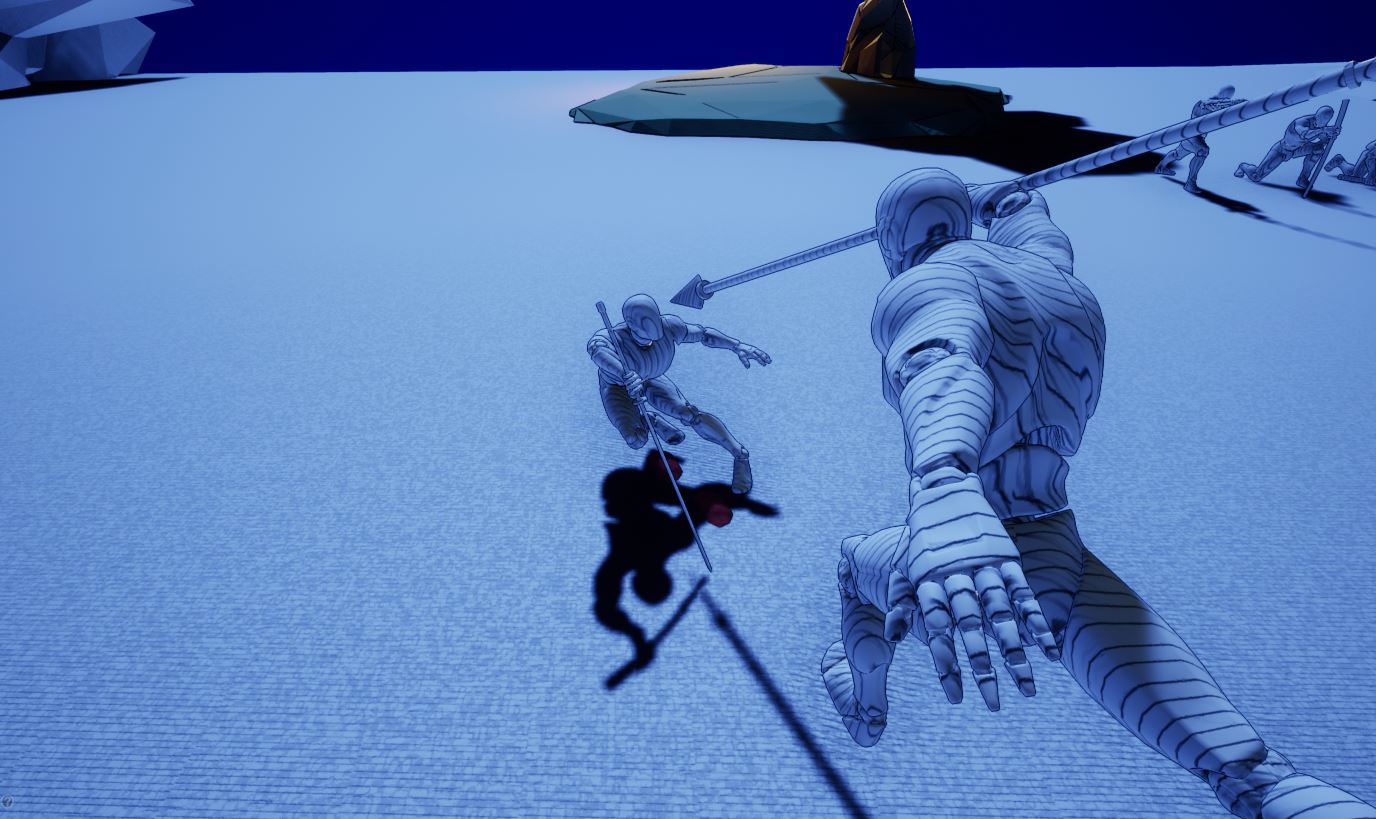 The lines on the mannequins are made with a post-process effect using world position as texture coordinates. In this image the lines just happened to really strengthen the shapes of the characters.

The lines gave this image a real sense of direction. We didn’t use any textures for the objects so the lines also gave everything a sense of scale. Otherwise everything would be empty space. 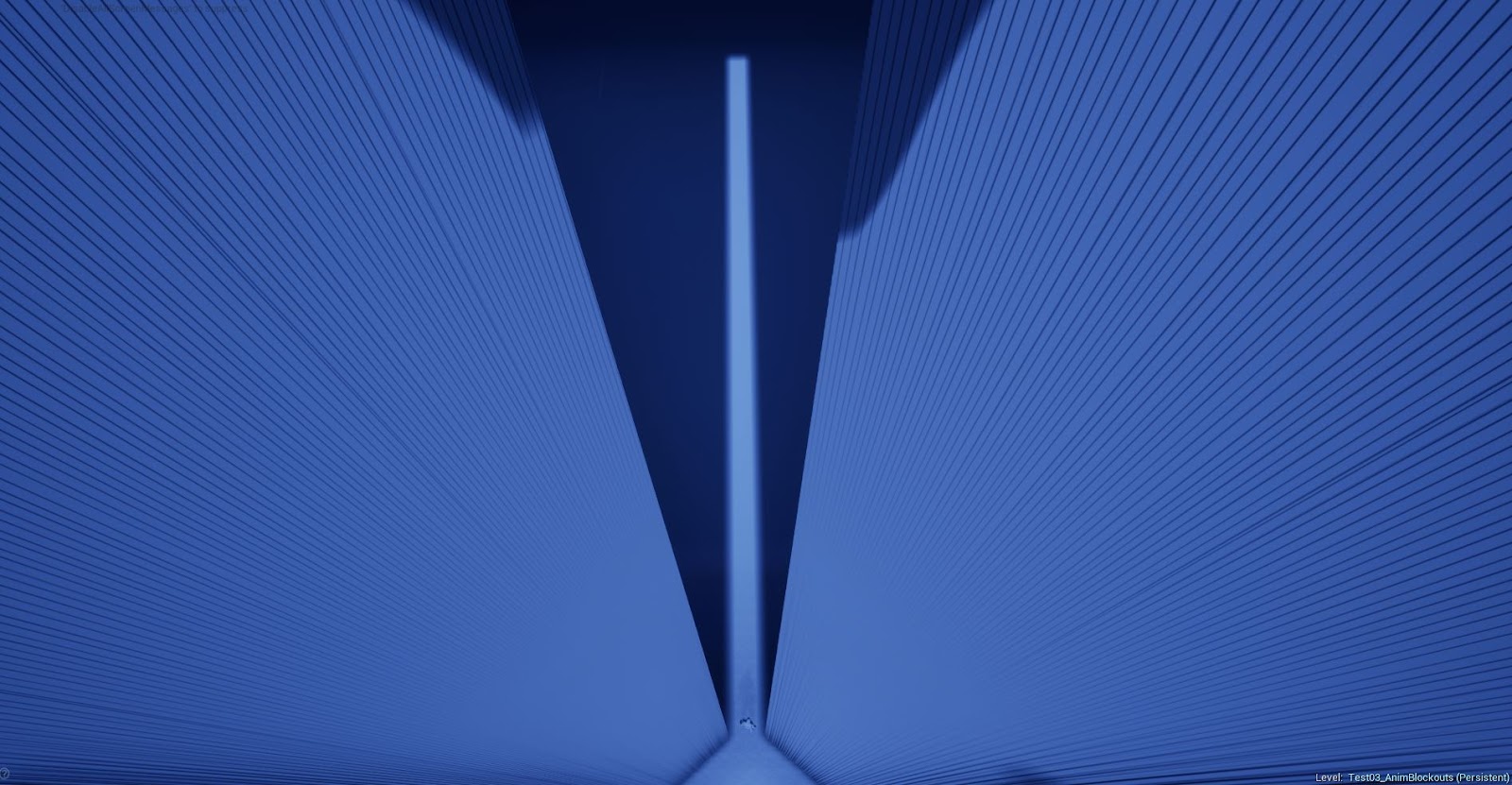 Of course the perspective and position of the camera plays a big role in this, but this gave us a sense of what could be done and what we could combine. It was now much easier to at least start seeing some kind of game in front of us after starting to decide what we liked and didn’t like.

We have continued to experiment with our style. At this stage it was still very simplistic with no textures, basic lighting with few colors and this will be the next step. In the meantime we are fleshing out other parts of the game such as the story, concept art, dialog and, of course, the gameplay itself.

In future dev journals I hope to show you all more of what we are doing, both from me and from other people in the team. See you then!