I talks about how we at Lone Hero Studios took the first steps toward creating the art style for our new game.
Petter Dahne
Blogger
March 22, 2019

In the last dev journal I talked about our new game Warrior’s Journey (WIP). This time I want to talk about it’s art style and how we got to where we are now.

When we start a new project we usually do some brainstorming together. All of us with a whiteboard or post-it notes and a lot of coffee. This is great in the beginning of a project when there are a lot of ideas but nothing that has been developed. At this stage all ideas are valid and later when the basics are in place we divide up the work to flesh out the details.

From the beginning we wanted to do something based on Japanese culture and mythology. Think sword duels, fantastic settings and architecture. Everyone on the team got really excited and started coming up with ideas.

This got boiled down to a moodboard. We use PureRef to get an overview of the different parts of the game. 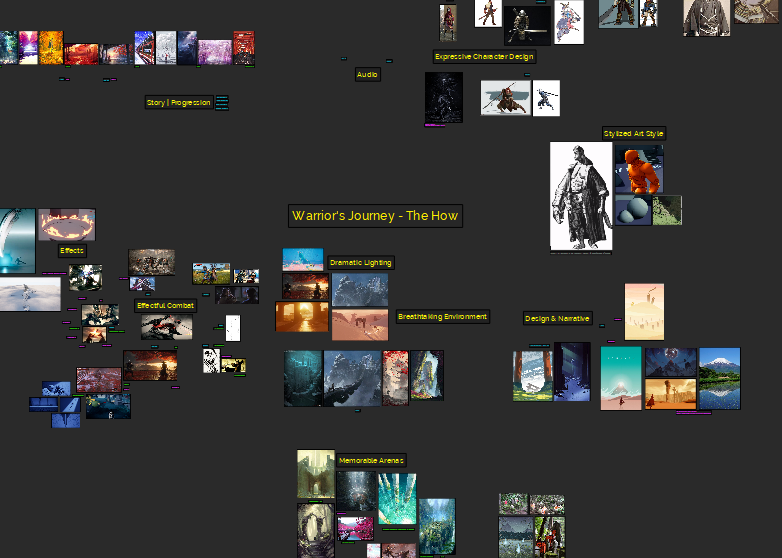 The first idea of the game was that everything in the world would be made out of paper. The longer we worked on it however, we started focusing on the visual aspect of paper instead of everything actually being made out of it.

I got to work on creating concept art and mockups while the others started working in Unreal.

We tried out different styles, but divided the ideas in two main categories: flat shapes and volumes made of of folded paper. At this stage the game was played with a top-down camera (which later changed to a third-person camera). The change in player perspective brought with it many changes to the art style. 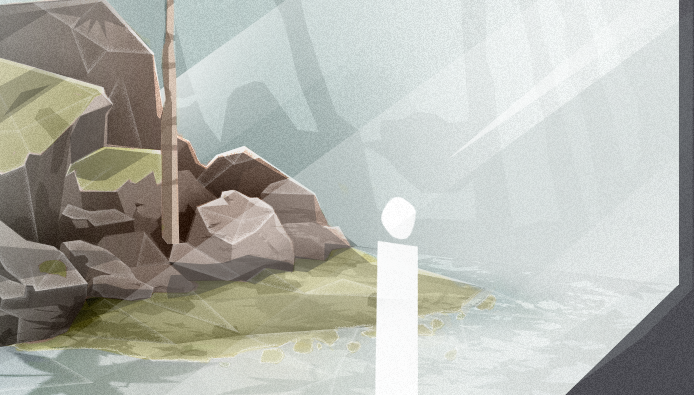 I continued making sketches. Here are a few focusing on texture and material of the objects. It felt natural adding sketch lines as part of the style and this sparked some new ideas. 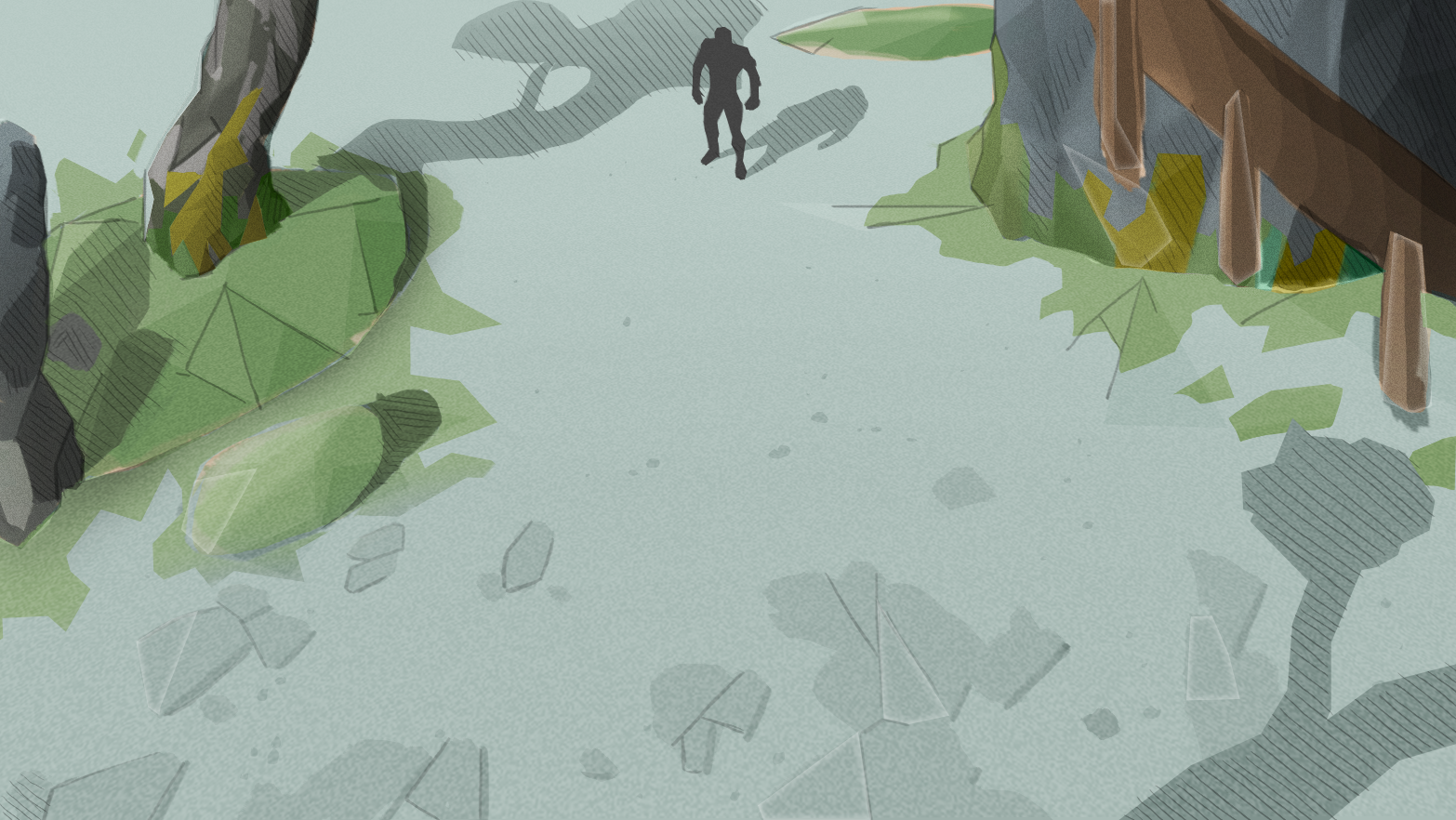 Now it was time for me to start getting my hands dirty in Unreal. I used the poly art trees I got from our 3D Artist Jiro and used them as a base for the style. At this stage we were still experimenting with colors, so I tried some different approaches. This is what we ended up with.

More in-engine iteration on the materials. We took the lines a step further and started using them as a way to indicate shadows. 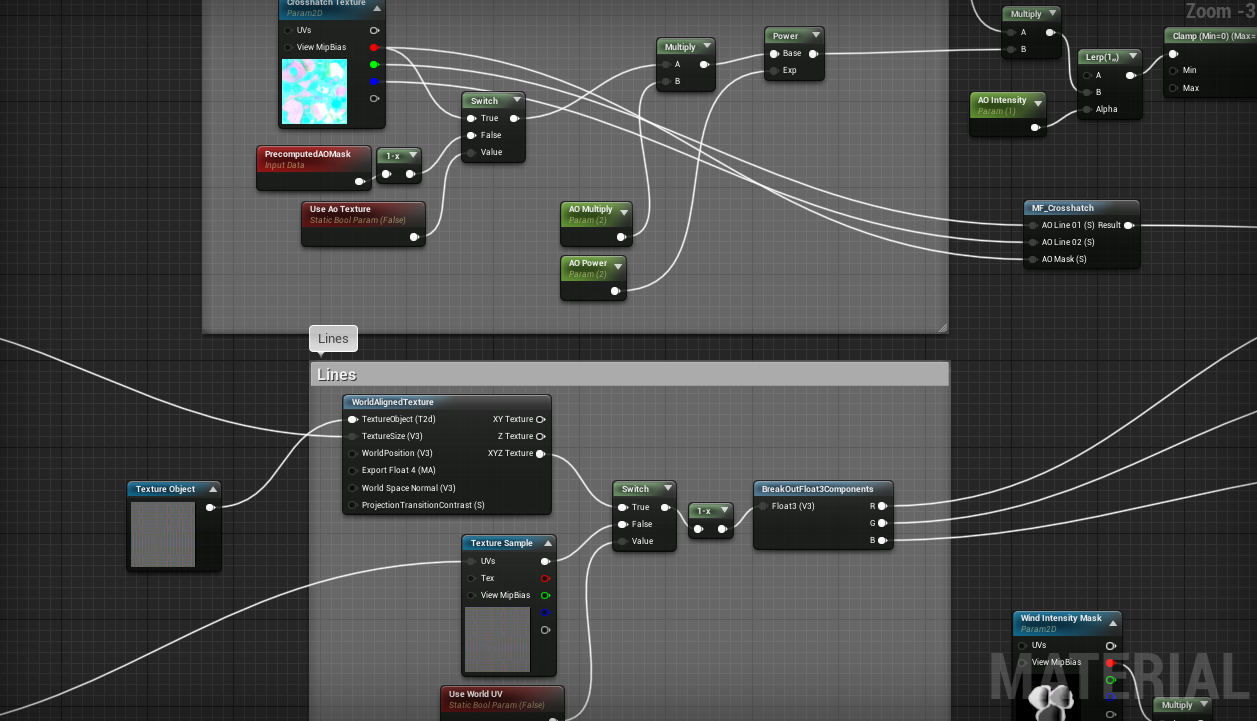 Now the lines are added on shadows and ambient occlusion. 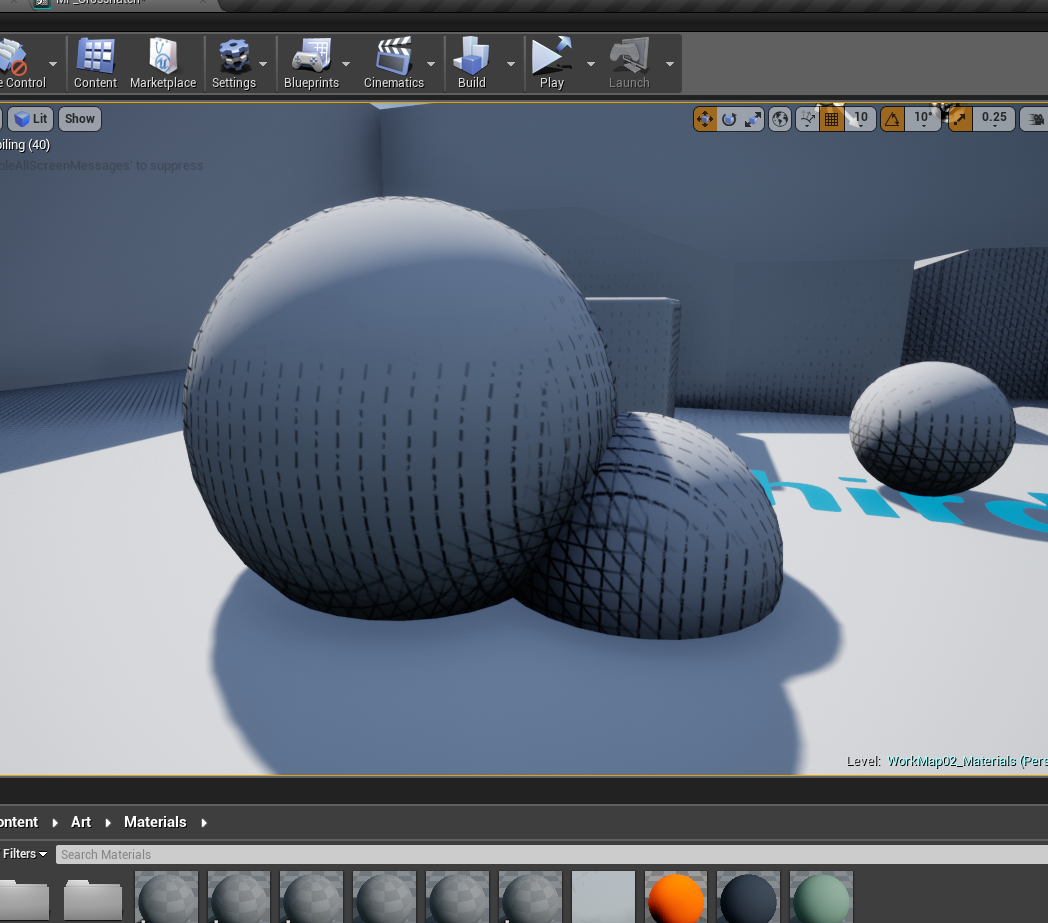 Now we have something we really like, but it’s still not a complete art style. Next time I will talk more about our art style and how we handle movement and characters.