With the release of Sissy's Magical Ponycorn Adventure on the Apple iPad, we take a look at the fandom surrounding the game.
Ryan Creighton
Blogger
July 12, 2011

Today marks the iPad release of Sissy's Magical Ponycorn Adventure! Now you can take Poo-Pants, Fluffybuns, Lady Fuzzwuzzle, Orangeboy, and (inaudible) with you wherever you go. Impress your extended family! Accost sour-looking strangers in waiting rooms! Play it for a pick-me-up when the boss isn't watching! To celebrate, we're showcasing the work of some dyed-in-the-wool ponycorn fans.

Mike Barltrop is an educator who showed Sissy's Magical Ponycorn Adventure to his high school students so they'd be without excuse - if a 5-year-old could pull off a game, he can expect a lot more from them. Mike enjoyed ponycorns so much that he painstakingly re-created a number of Cassie's drawings and dressed up as the game for the Anime North nerdfest in Toronto: 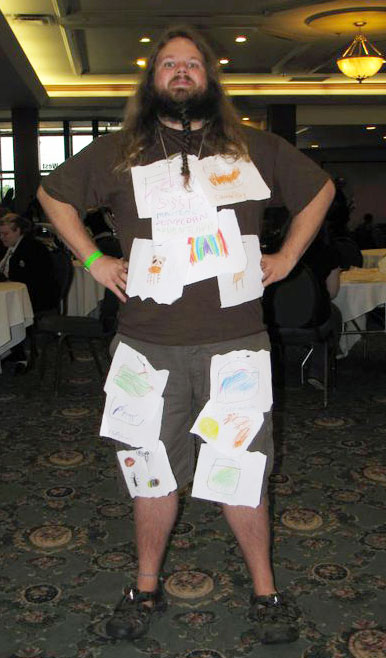 To put Mike's ponycorns passion into perspective, the game was released on May 25th. Anime North started the following Friday and ran the length of the weekend. And people at the conference recognized Mike's costume. Awesomazing!

We spotted one piece of fan art that was no less hilarious than Mike's costume, but unbelievable for a different reason. When the Toronto Star posted its story about the ponycorns' meteoric rise to prominence, the online piece had two images in its gallery: a shot of Cassie playing the game, and THIS: 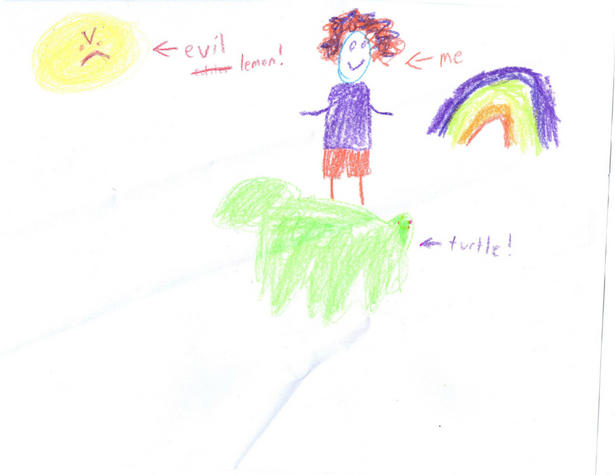 It doesn't take a keen eye to see that this image is actually a forgery, created by an adult employed at the Star. When we saw this image on the site, we were a little baffled. We have a stack of original crayon art from the game that we could have sent to the newspaper at a moment's notice. This kind of thing is in keeping with some of my other dealings with news media, like my interview with CityTV from a while back where they grabbed one tiny soundbite from me to prove the point they were trying to make, and completely discarded everything else i said. Hilarious! If you don't already watch the news and read the paper with a cocked eye, i hope you'll start today. We asked the Toronto Star to correct the article, and the picture was removed in short order.

Now it’s ME doing the retracting. The wacky lads over at Shh-Mom.com have confessed to penning the offending artwork which, in its original context, isn’t offending at all. The folks at the Star must have grabbed it, thinking it to be genuine. i’m glad we got to the bottom of this. Has it restored my faith in traditional news media? No. Question everything!

We're saving the best for last on Ponycorn P'toosday. 9-year-old Flannery, proud owner of a plush ponycorns mega-pack, sent us this fantastic storybook featuring the extended adventures of the ponycorns gang. Enjoy your face off! 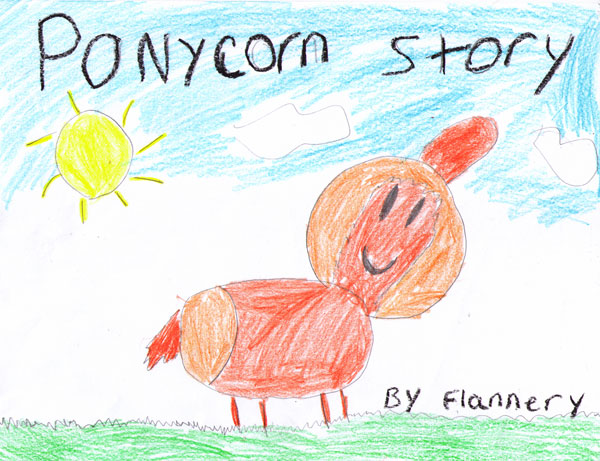 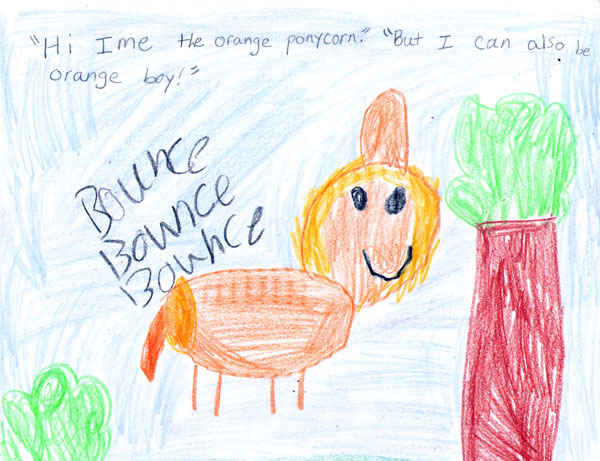 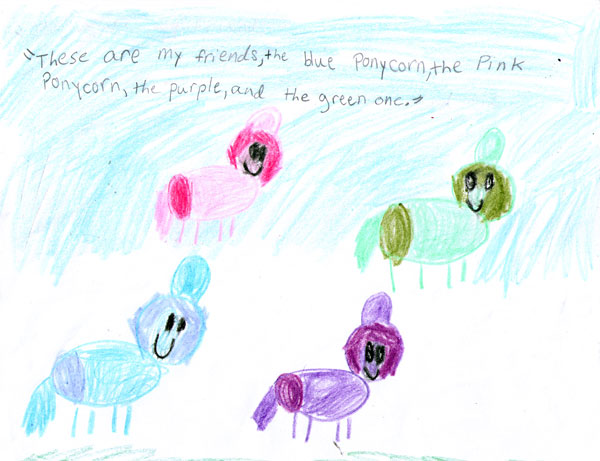 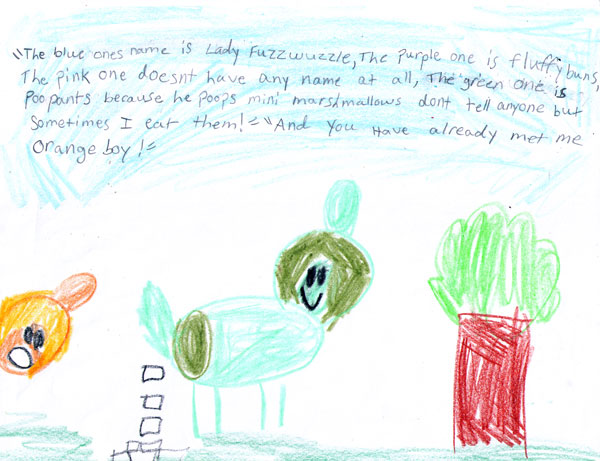 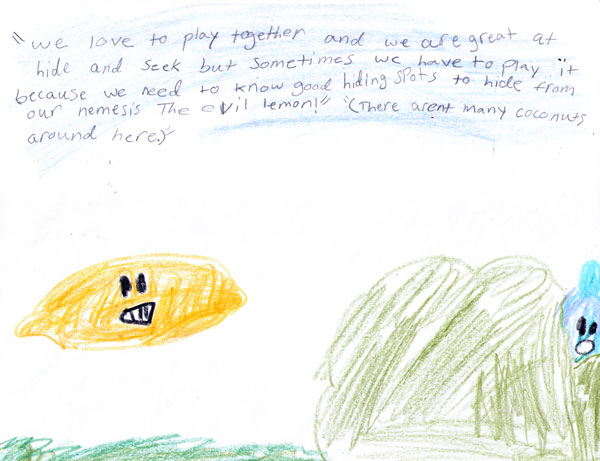 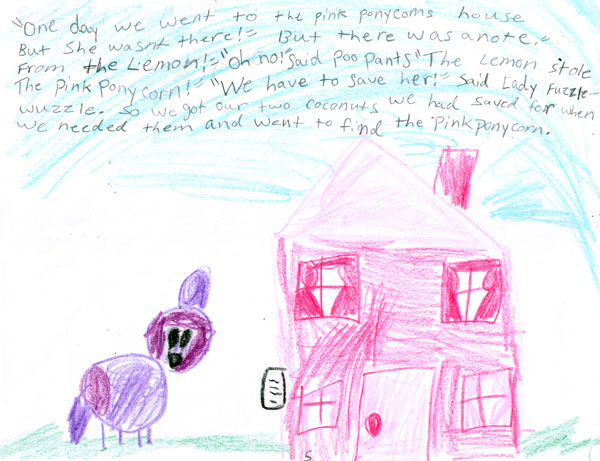 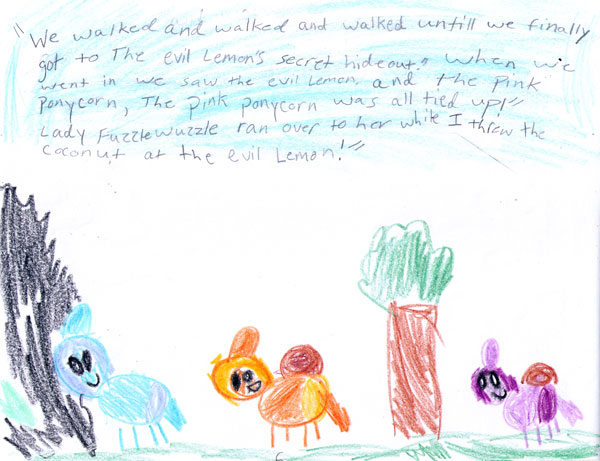 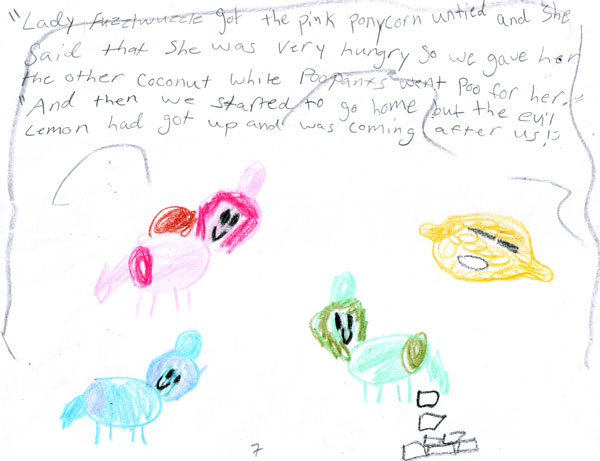 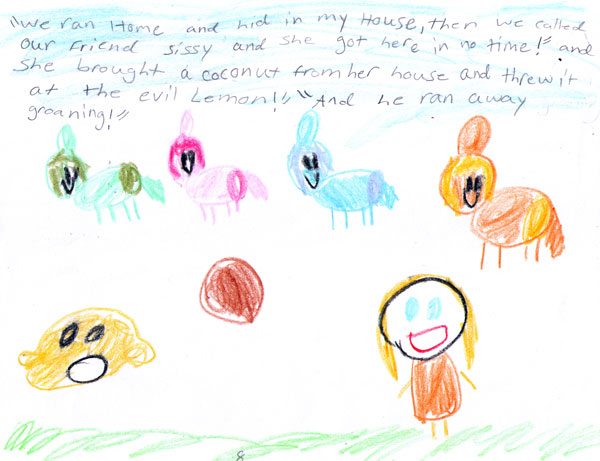 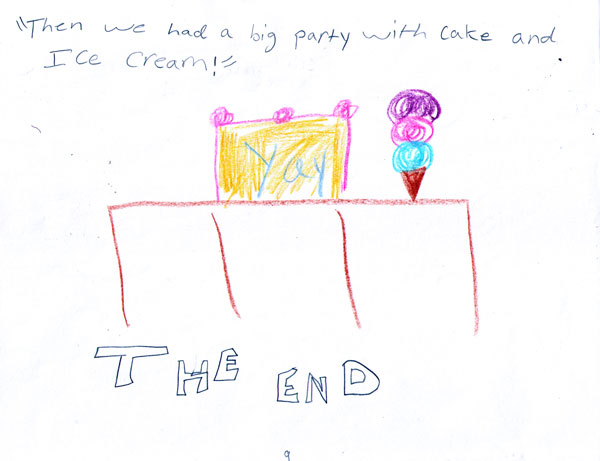 If this is your first exposure to ponycorns, pick up your copy on the iPad today! The game is also available on the BlackBerry Playbook and in your browser.