Pining for the days where I played three games a year and liked it, I'm finding that gaming wants more of me now than ever. I think its time I slow down and re-access what I want from gaming.
Isaiah Taylor
Blogger
August 19, 2010 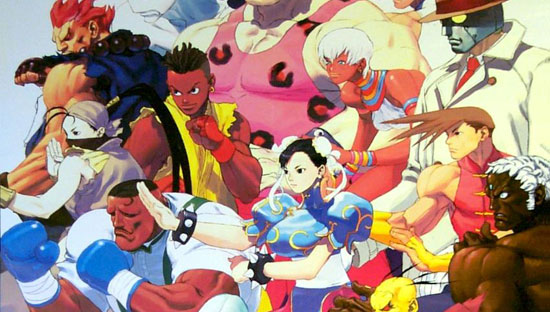 One of three games I played for almost ten years. Street Fighter III: Third Strike, kept my interest in gaming, even when I never wanted to play games outside of this specific sect.
Not even five years ago I was the owner of a PSone and Dreamcast wandering will I ever play a new game again. I  wondered if there will ever be a need, I should say. I have always played games since pooping in pampers, I mean haven’t you read my blog [nerd chortle]? Once I entering college in 2000, I played three games: Marvel vs. Capcom 2, Street Fighter III: Third Strike, and NBA Showtime. I wish I could explain my NBA Showtime love to you all, but I feel it could fall on many deaf ears, I digress. This form of gaming hermitism could have been attributed to being the typical broke college student, but in reality I didn’t see the good in gaming. I was perfectly fine playing a select few and being in my own little world in that regard.

The reason I’m writing this is because this familiar feeling is weeding its way back into my mind. If Isaiah of 2010 could go back in time and tell Isaiah of 2000 that, in a decade, I’d be a PS3 owner and playing current games on a monthly basis -- 2000-Isaiah would have complimented ought ten-Isaiah’s incredible figure and then pants him. Even now I look at the back catalog of games I have yet to play for my previously owned systems and I look at my PS3 and frown. I’ve turned into a gamer that can’t keep up. I’ve turned into a gamer that ‘cares’ about keeping up.

Why Did This Happen?


I occupy my time with a slew of other interests and hobbies, but gaming is the only interest that I can get sick of and have had the longest history with. In the next couple months my Gamefly account will be cancelled. I’ll read less about the news of gaming and I’ll pick one to three games to play for the rest of the year. Gaming wants more from me than I’m willing to give. I have to subscribe, patch and update games every week -- three things that PS3 owners know far too well. In order to be considered a supportive gamer I have to buy new in order support this fledgling billion dollar industry. If I buy a new game I should be entitled to get a full-featured experience and even that isn’t guaranteed. My comfort of going home after a long work day and playing an electronic device for an hour or two is beginning to feel chore-like. I’m starting to notice frame rate issues and screen tearing. I’m no longer a gaming civilian.

This isn’t to say that gamers shouldn’t have taste or a developed palette of whatever tickles their fancy. I am just surprised that I have developed tastes. There was a time where I would have played anything and given anything a shot. With over thousands of games coming out you really see this fun past time as the business it is. And its not meant for me to keep up with it.

To draw a parallel, I went to college for art -- photography specifically. Prior to that I had always appreciated photography and talked about it with my friends, but it wasn’t until I was around other academics who focused on the minute details of what made the sausage, the sausage, which made me look at my favorite art form in a more critical eye. I had to step away from photography and comeback with an eye that wasn’t filled with scrutiny and automatically set to look for blurred edges and asymmetrical composition which is, admittedly, still a pet peeve of mine. It looks like my second favorite art form will fall victim to this treatment as well. The benefits of learning and unconsciously studying what makes what you love work comes at a small price. A price I don’t have the funds to currently pay. 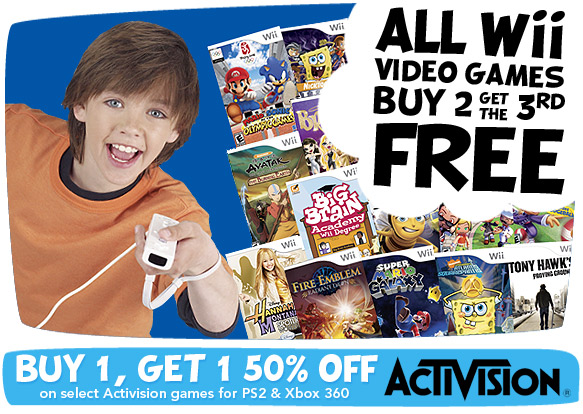 I see gaming now how I saw music in the mid-90s. No matter how much something is liked or accepted into popular culture it can be made into a disposable art.

Budget does factor in. Just being the owner of one current generation console is a money suck I couldn’t have expected. I’ve had my PS3 [$300] repaired twice [$320] out of warranty. This isn’t a complaint. There are people doing a lot worse and I always think about that when I go on these little rants. I think its interesting to put something like that into perspective in regards to this era of ‘sophisticated gaming’.There have been a ton of advancements with this console generation and when I’m out of this little funk I’m in I hope its still there when I come back.

Gaming in this generation is moving so fast. Where it was once common to see advertisements run months after a game’s release, now you’re lucky to see a 30-second ad on Hulu or your favorite gaming website two weeks after launch. Think about it. How cool was that Blur ad? Now when was the last time you saw an ad for Blur? [For future readers of this article, Blur was released not three months ago of the writing of this.]

I actually think the manner in which I will be gaming will be more ‘normal’. I don’t think the average person buys a game a month. I think the average [working] person saves up for a handful of titles they look forward to and maybe a friend recommends one or two a year here and there. I have always liked games no matter how turned off at the business-side, but it has been a while since I’ve appreciated gaming. This is a concept completely different from liking or disliking a game, but appreciating what both a quality and not-so-high quality game is attempting to accomplish [See Also: Rachel Jagielski’s article on "Bad Games We Loved"]. I think its important to not lose sight of things like that.