SEARCH
A minimum of 3 characters are required to be typed in the search bar in order to perform a search.
Production
5 min read
article

Games Of 2010 Owe Thanks To Modern Warfare 2

The games industry saw several titles released on a weekly basis as a result of one game's release in the holiday season of 2009. Now we can look back and see if Modern Warfare 2's holiday release had an impact on how games can thrive through the year.
Isaiah Taylor
Blogger
September 06, 2010 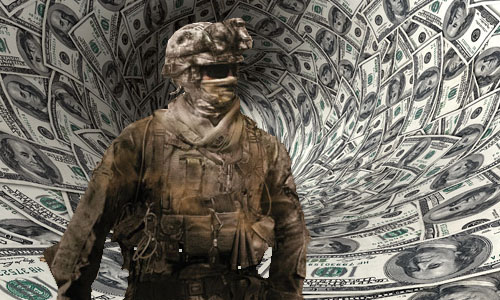 Because Modern Warfare 2's highly advertised release in 2009, game publishers pushed several titles to be released in 2010. Could this single act be responsible for changing how & when we consume games?

If ex-Infinity Ward employees troubled relationship with Activision bore any positive fruits, it would be the late 2009 gaming industry shake-up of Modern Warfare 2’s release. Regardless of how one feels about the quality of the product, Modern Warfare 2 may have had the largest impact on 2010’s gaming release schedule than was initially anticipated.

Whether this actually helped or hurt the industry financially is a task I’ll leave to the number crunchers who produce the monthly NPDs. What I have noticed [and I’m sure you’ll correct me if I’m wrong] is that as a result of Modern Warfare 2’s release, this essentially front-loaded this year with game releases.
In a way, because of one major game release, the industry was forced to realize how important the rest of the year is in regards to the gaming culture. Though this rising tide doesn’t lift all boats, could this be the start of larger game titles being spread evenly throughout a given year?

Bayonetta, Darksiders, Alan Wake all games that came out within the first fiscal quarter of the year. Bayonetta was published by Sega, so in keeping with my spite for Sega and how they treat their games currently -- by all accounts, this game should have fallen flat on its face.
Bayonetta found an audience bucking the industry trend of games coming out during key points of the year, creating a gaming ‘choke point’ -- forcing even high-quality games to suffer from being overlooked or poor advertising by comparison to its competition. Which brings us to Alan Wake. 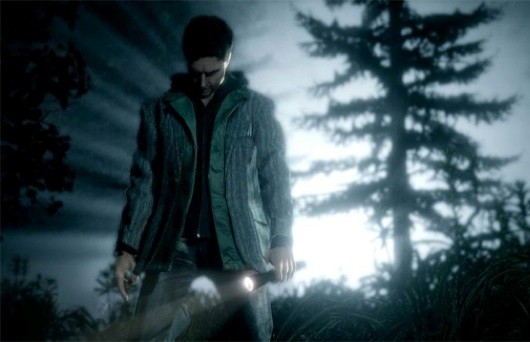 A game in development for 5 years, Alan Wake, was pushed back from a 2009 holiday release to an early May release date. Did this help or hurt the future of Alan Wake?

Alan Wake seemed to have all of the advertising dollars supporting it up to its eventual semi-disappointing first month release. Looking back at the holidays of last year, Ubisoft’s Assassin’s Creed II was the only major release competing with shelf space with Modern Warfare 2.
Personally, I’m not sure what could have helped Alan Wake more: being released around the same time as two triple-A titles during the holiday, or being released in the same month as Red Dead Redemption, Blur, UFC: Undisputed etc.
Be that as it may, Alan Wake is still a great game that fell prey to being released at the end of a fiscal quarter. My business savvy isn’t quite up to snuff, but maybe games like Alan Wake and Alpha Protocol would have fared better being released in these latter summer months.

There is a lesson to be learned here. Games can thrive in the barren dessert that is the second quarter. Though it is arguable how successful a game could be, I think a new trend of evenly spreading game releases throughout the year could restructure the industry from top to bottom.
It could train the general gaming populous to expect something to be out there for everybody at any given time. Online game sales, like Xbox Live’s “Summer of Arcade” are a prime example of how smaller titles can get a solid following. Granted these are cherry picked games, but its a start of something. 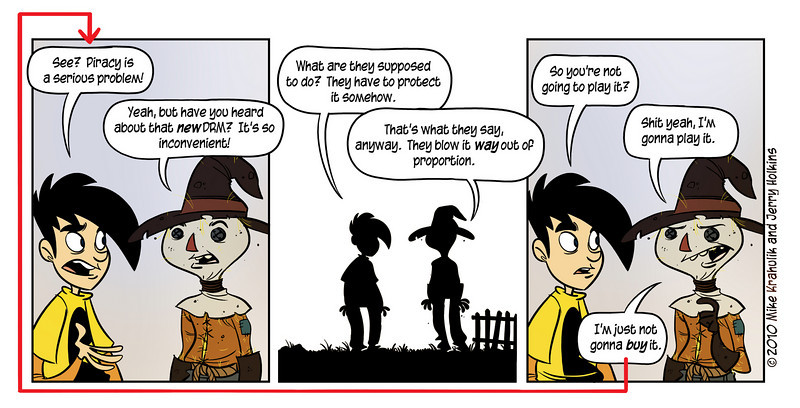 As concerns of price gouging and piracy rise, it would be good for this ‘one thing’ about the gaming industry and gaming culture to support. There are financial concerns for companies to put out games on deadlines and I, admittedly, don’t know much about how to change that on the ground level. I can only speak as a fan.
I’ve noticed thousands of games produced yearly since the PS1 era [arguably when the three console war was initially a factor] and the cost of games sky rocket [from $40 to $60] with this current generation. Not every game has done well around holiday weekends. I’d even argue that only a select few games do well around holidays because the price structure for games restricts the consumer to what game was well advertised at that time of year.

It goes without saying, Activision did not specifically intend on giving gamers one of the best and diverse line ups of releases in recent memory with this year. Seeing how well the industry is doing as a result, I can only hope for two things: 1) Market analyst from game publishers begin creating more creative ways in scheduling game releases. 2) We may have to depend Activision releasing a Call of Duty game every holiday season in order for the following year to yield the great games that were pushed back. I never thought I’d say this, but my money is on Activision.

I’d like to propose these questions to enthusiasts as well as those involved in the industry: Was  Modern Warfare 2’s release good for the games industry? Could you see a change [if at any] occurring in the future where games released at the end of Spring and Summer faring just as well as a game released during Fall and Winter?