What happens when a father and his 11-year old son team up to create a commercially released jRPG?
Tassilo Rau
Blogger
March 21, 2017

Having kids is awesome. Having kids while being a game developer is probably even better, as you are pretty much superdad among your kids and their friends.
I am lucky enough to have a boy, now aged 11, who’s into making games himself. He started creating his first games back when he was but four years old, using Scratch before he could even read. He managed to remember to position of the little coloured coding blocks and used it to create some interactive animations. When he was  about five, he began to accompany me to the games-trade fairs, proudly carrying a folder with his latest artwork done using various Linux-tools.
Now, seven years later, he loves toying with RPG Maker to create the fantastic adventures of his and his friends' virtual alter egos set in the wild world of his imagination.
So when our publishing partner, rokapublish, asked me if I’d be interested in developing an jRPG, both my son and I said “Hell, yes!”. It came at no surprise that my son soon asked to join the party and assist me in creating this game. How could I possibly say no? 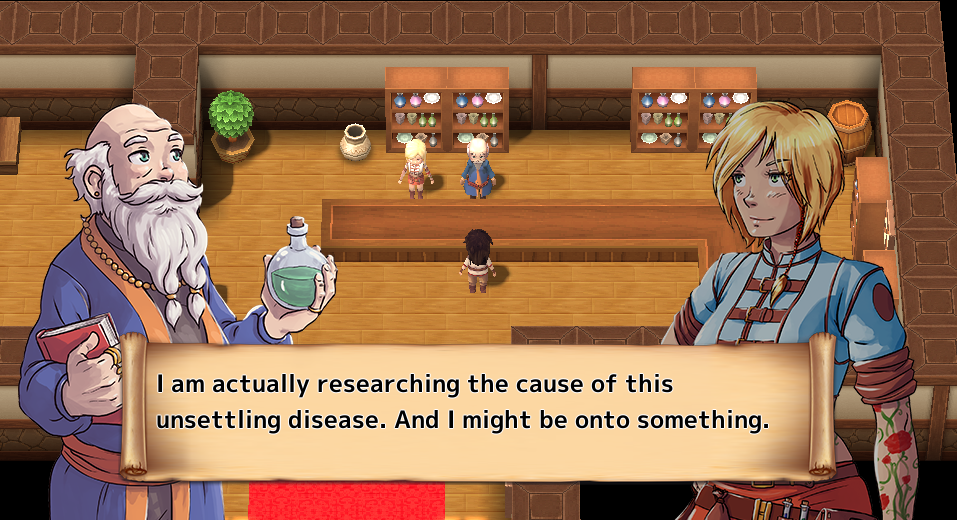 Screenshot from "In Vitra"

And so he actually delivered content to a game now going to be commercially released: our upcoming (western) jRPG “In Vitra”. Besides - of course - playing the game in and out and thus actively supporting me in terms of being my youngest QA-assistant, he actually created two levels for the game, one of which is a Sokoban-like box-shifting puzzle that adds greatly to the game, the other being the maze of a sidequest found in the game. 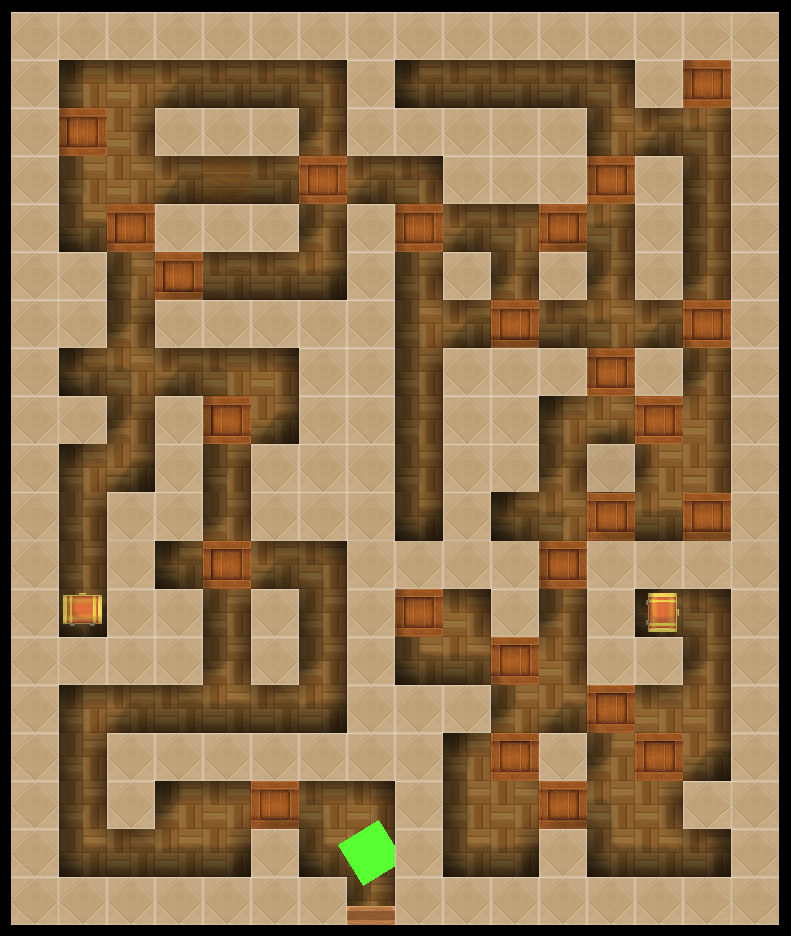 But I didn’t want stop there: I surprised him having our talented illustrator - the italian manga-artist Valentinaocchiblu, who drew the game’s characters - to shape the two male protagonists of the game to be the adolescent fantasy-versions of my son and his best friend. Noah and Luca became the game’s heroes: Noa and Luke. The smile on his face when he saw his alter ego made it all worthwhile - and it shines on til today. And thus “In Vitra” became much more than a regular fantasy jRPG to me - it is the first game that my son and I have been working on as a team and as such we both will hold it dearly for all times.
It probably became my most personal game so far anyway - it’s filled with fantastic adaptions of my favourite books, games and movies and thus a reasonable amount of nerd-culture references. Besides, my academic background - I originally studied philosophy - probably had some serious impact to the game and its twisting story as well. We are both totally thrilled to see "In Vitra" get released, can’t wait to get in touch with the players.
“In Vitra” is going to be released on March the 24rd on Steam, check out http://store.steampowered.com/app/563270/ to take a look at it and play the demo.
And if you play it, keep an eye on Noa - as you now know, he’s much more than just your regular everyday hero ;)

The PCs and NPCs of In Vitra