Discouragement is serious issue for Indie Game Developers. This post shares a few thoughts of encouragement on the subject.
Stephen Gibson
Blogger
January 05, 2015
This one is for all my fellow indie developers.
Do you ever feel discouraged? Ever feel like you've lost your way or your game has fallen out of grace with fans? Ever feel like giving up and moving on? 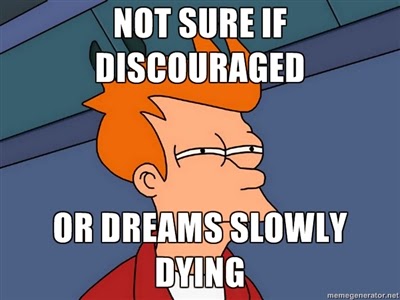 I'm not here to say "STOP THAT!" because it's okay, all of these things ultimately define you as a developer. Adversity is a refiner's fire and will make us into something far more shiny and worthwhile than the lumpy piece of ore we started out as, stuck deep in a pile of dirt.
Opposition in all things.
Another way to define adversity can be opposition. Not to say that anyone is really "opposing" you, aside from the follies of life in general. I'm going to quote a scripture I read that I think define's how important this opposition can be.
"For it must needs be, that there is an opposition in all things. If not so... righteousness could not be brought to pass, neither wickedness, neither holiness nor misery, neither good nor bad. Wherefore, all things must needs be a compound in one; wherefore, if it should be one body it must needs remain as dead, having no life neither death, nor corruption nor incorruption, happiness nor misery, neither sense nor insensibility."

Opposition gives us context, a context for our happiness, success etc. A tangible thing to compare it with. Don't you think that Chris Gardner (guy the pursuit of happyness movie is based on) appreciates his fortune a lot more than say...Paris Hilton? (celebrity born into wealth...as if you didn't know!! :P ).

He does, without question. And so will you, my fellow indie!
You don't know what's around the corner.
There have been many times in the last year that I've been doing indie dev that I was quite discouraged. But ALWAYS, right around the corner, was something to reignite the flame of passion I needed to keep going.
I'll give a very recent example. I've been making a lot of changes to High Moon (now renamed to Grimslingers) frequently for the past year (that's normal in development, just ask any indie). Problem was I was very open about my development process and the many changes.
I think I lost some fans along the way who preferred the original, broken concept, or the original pixel art presentation of it. One such fan was Insomnicron (that's his twitter handle). He liked the original game so much he went and made a boardgamegeek.com entry, full with an articulate rundown of the game and all it's details.
I loved it! But as I kept changing the game, he became less and less vocal and participated much less. So yesterday I was musing about this and a lack of fans in general, when out of the blue I get this tweet:

Cannot tell you how happy that made me. It swept away my discouragement. He followed it up with a direct message (which I hope he doesn't mind I share...):

(um...ignore the typos!)
You may not have fans like this yet, but if you let discouragement get the best of you and stop refining your game (or working on it in general), you never will.
Then, on my deviant art, I got this message the same day:

I realize now that sometimes you have more fans than you know, they just aren't vocal. Reflecting on my own fanness (is that a word?!? nope) I tend to stay silent most of the time for games I LOVE...it's just my personality. The point is, the future holds amazing things you for, but only if you don't give up (I know sometimes it IS the best option though).
Opposition makes you better. Perseverance makes you
better-er, and being indie just makes you awesome :)
Side Note: We're all fans of indies, so lets try and be vocal (even if it's not your personality, like mine). Because who knows...maybe that indie game you're in love with is about to fail from discouragement? Or just in a big slump...So let's offer encouragement wherever we can! 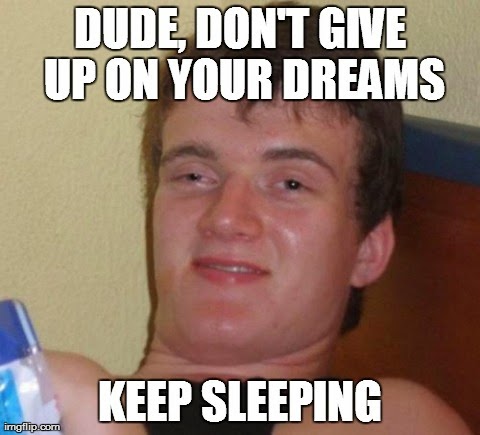