What started as a crazy idea one would brush off and never dare to try ended up taking 2.5 years to make. Spoiler: many lessons were learned, but we're not disappointed. 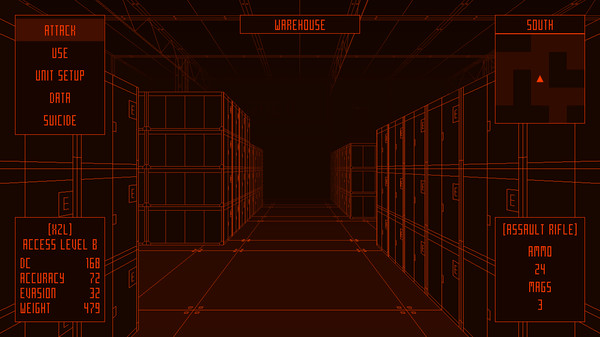 Das Geisterschiff is a turn-based dungeon crawler where combat is handled inside the dungeon rather than on a separate screen, an adventure game where you find your way through the dungeon while avoiding or dealing with traps and puzzles, a survival horror where you constantly lose resources and have to learn the rules to survive, all at the same time.

It started as an idea for a very short adventure game inspired by Carmine (developed by ArrowSoft/MicroCabin in 1986), set in a distant future and taking heavy inspiration from H.P. Lovecraft and Blade Runner. The goal was to create a project small enough to deliver within a reasonable amount of free time, with a (mostly) one-man team, on ~$0 budget and with a good amount of polish.

It was driven by frustration about the game industry, especially in our country -- a place that used to offer interesting projects, such as Chasm: The Rift, Cossacks, S.T.A.L.K.E.R, Metro and Cryostasis, but now mostly focused on mobile and social gaming with only a few worthy exceptions. Since gamedev-related employment wasn't offering anything of interest, it was decided to start clawing our own way into the industry. 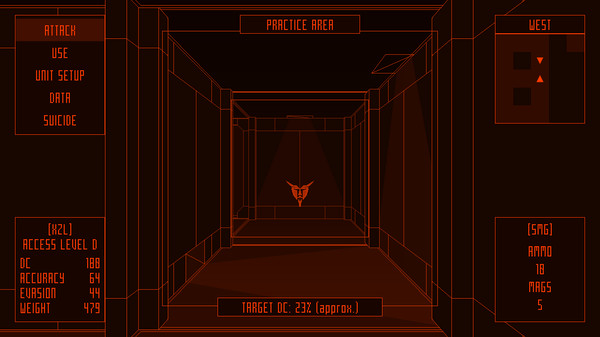 1. Sticking to the Vision

We intentionally avoided following the established conventions just to stay on the safe side. Certain features like full map weren't implemented due to focus on exploration and certain traps that wouldn't work if you could always check if your position or facing direction has changed at any time.

While we eventually added a tutorial and more details to the game, working with limited information and experimenting to find the best way to get past obstacles has always been an important part of our design, and while it may have narrowed the audience, there are no regrets about it.

At the same time, a lot of effort went into analyzing and filtering the player feedback to make the game better without compromising our vision or fixing what wasn't broken in the first place.

Exploration and interactivity were tightly interconnected with each other from day one. Each weapon, action and interactive object had to have a purpose and as many use cases as possible to keep the simple mechanics interesting enough to carry the whole game, and have enough minor quirks and nuances to them to remain interesting on their own.

Even combat was always considered as part of interaction rather than a mode separate from other mechanics and as many player tools as possible had to work in combat and outside of it.

The moment the character managed to evade the enemy's bullet and still get damaged in the back because it hit a landmine behind the them is the moment we realized we have something special in our hands.

Even though Das Geisterschiff had a tight focus due to a very limited budget and time constraints, there was always room for extra spice. Crippling, stat modifiers based on terrain, carnage feature that connected missed shots with the rest of the environment were added during the testing stages when we felt there should be more to it than what's already there.

There was no shortage of ideas and every minor and major addition shaped the game into a better, deeper and nuanced product.

After a few false starts, the final iteration of the game was released after exactly 12 months in development. Building (or rebuilding) a game from scratch in a short amount of time is something that even bigger teams struggle with, and with our tiny team this problem was multiplied.

On the bright side, this left no time to waste on fluff. Things that didn't add much to the game were cut at the design stage, which saved us time to focus on important aspects.

Unity, despite some notoriety amond developers and gamers alike, proved to be an ideal solution for this project, and some prior experience with it helped. Despite being a modern engine, the base editor is pretty lightweight and C# ended up being a pretty easy language to start with.

Since the game was designed on and for low-end hardware, choosing a different engine could cause more issues down the road than it would be possible to handle. 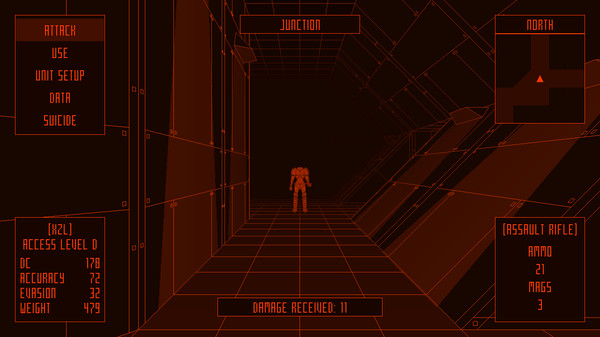 Due to the way the graphics style is implemented, the level design process took a lot of time and felt like designing two similar levels at once. Eventually, due to limitations of development hardware (a cheap laptop from 2010), the levels had to be cut down into smaller pieces, which eventually worked to our advantage, as it allowed designing multi-layered dungeons from tiny segments.

Even with that in mind, it wasn't as quick and enjoyable as putting together a Doom or even a Quake level, and that's something that we must address in our next game.

The game used to shift a lot during the development due to various roadblocks along the way as it became apparent that some content and features required more time or resources than we could allocate. The project had to be refocused too many times to fit into the design and resource limits, and because of that the story had to be simplified until it became just a background and glue for the gameplay and levels, which, on the bright side, forced us to make them work better on their own.

3. Part-Time Work on the Project

Most of the time DG was a part-time project, and working on it full-time would give more time to develop better solutions instead of relying on 'fastest' in terms of development time, which worked, but hurt our workflow in one way or another.

Due to its unique nature, DG proved to be harder to market than we expected. The majority of similar games were too old to be referenced and too obscure to catch even the 'old school' players. How many of you have heard of Carmine, the spiritual predecessor of DG? Yeah, right.

There were other hurdles, as we could not decide the right date for the Steam release due to lack of familiarity with its inner workings. In the end, DG launched on November 24 on Steam -- even though we expected it to launch there about a month later. 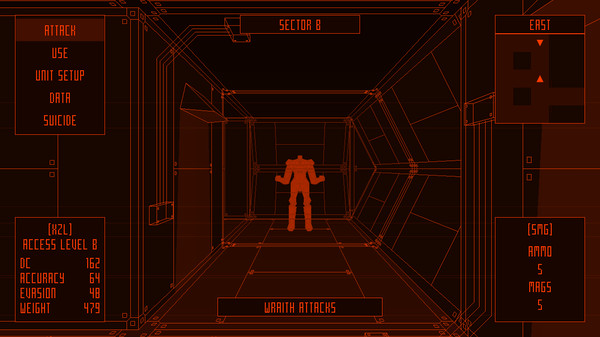 Due to low amount of artwork the amount of NPCs and chatter had to be cut down to the barest minimum. While this decision may have turned away story-oriented players, in the end, it added to the barren, lifeless atmosphere that we wanted to create.

What started as a shortcut to mask the lack of art budget eventually created an eye-catching style that was easy to use and stylish enough to look good (and, incidentally, more 'retro' than the majority of 'retro' games out there). It's a polarizing style, but it gave DG its own identity and made it instantly recognizable among others. 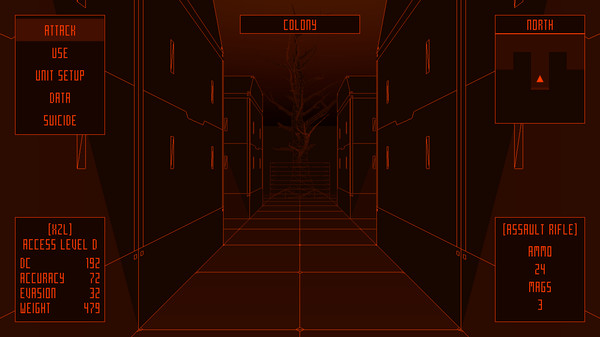 Das Geisterschiff is available on Steam, it received rather positive reception and it's (probably) the first dungeon crawler where terrain matters in combat. It sells pretty slowly, but it already found a small audience, and the sales are going well enough to keep us in business and start working on another game.

Overall, it ended up being a good game that we are proud of, but there's still a lot of room for improvement and additions to develop this idea further.

Currently, we are cooking up a content update for Das Geisterschiff to expand the game a little bit. We are also working on a small non-RPG project, a commercial remake of Phantom 3D, our small jam game that ended up coming along so naturally and so well, we could not resist the temptation. We are aiming to release the commercial HD version sometime this Summer.

At the same time we're slowly working on the new codebase for the next DG. It will be a spin-off, rather than continuation of the main story, as there are several ways to develop the original concept and we would like to try each one of them before coming back to continue the story.