The Canadian copyright consultation has stirred up the old DRM/copyright/piracy debate again. Some thoughts from someone who depends on games to make a living...
Neil Gower
Blogger
September 15, 2009

If (like me) you're a Canadian, you may have heard about the government copyright consultation that's going on right now. The short story is that this is the government's second crack at modernizing copyright for the internet era, after the dismal failure that was Bill C-61. 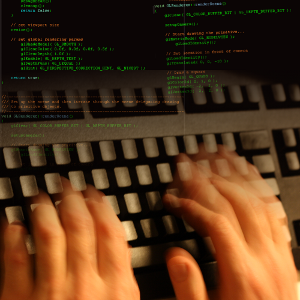 As a game developer, changes to the Copyright Act affect my livelihood, which not surprisingly got me thinking about the current and future state of copyright.

Probably the hottest issue as it relates to games is the whole DRM/TPM/anti-circumvention mess. Lobbyists from the music, movie, and games industries argue that DRM is required for us to conduct business. They trot out sketchy numbers on "piracy" and talk about how DRM can be used to implement parental controls and facilitate demo distribution (neither of which actually require DRM).

What they gloss over is that DRM currently prevents customers from doing legitimate things like making back-up copies of their purchased games. When activation servers go off-line, DRM can even prevent original copies from working.

Why do customers tolerate this? Well, for one thing, many players don't realize they need back-ups. Until you've seen a few hard drives crash or tried to get an old game cart to boot, it's easy to believe that technology will work forever like it does today. The other reason is they have no choice. You can't buy a console without these restrictions built-in. PC games are a little better (also check out GOG), but steadily getting worse.

Unfortunately, the only way this is going to change is with outside intervention. Hopefully, Canada's new Copyright Act will:

I don't think so.

What I've just described still makes unauthorized copying and distribution illegal. What has changed is that content providers don't get to make up and enforce the rules themselves using DRM (we have a legal system for that), and legitimate customers are granted some protection from buying digital content they can't make fair-use of.

I believe there is more benefit to be had from treating players with respect and giving them a product that they can rely on indefinitely, than there is from implementing the onerous restriction systems we see creeping into games today.

Copyright is still good for business-to-business dealings, such as keeping developers and publishers from ripping each other off. But copyright should not be a big stick to threaten our customers with, nor should it be used to erode the basic qualities of digital content behind euphemisms about emerging business models.

Most players don't want to rip-off game developers. The least we can do is extend them the same courtesy.