Being Indie in South America

What is like to be an Indie developer in South America? Good and bad things about it from an Argentinean point of view.
Adrian Novell
Blogger
July 19, 2016

Hello! My name is Adrián. Together with two other people, I work on an indie game called SkyRider. The team is just the three of us, and we each work full-time jobs making games, so we work on SkyRider on the weekends and after we get off work. Aside from paying the rent for our homes, we also rent out an office so we can get together and work closely on the game.

This won’t sound like a strange situation for a lot of indie devs around the world, but I know this happens a lot more around my neck of the woods. You see, I’m from South America. From Argentina, to be specific.

In order to give you a glimpse of some of the differences we encounter working on games down here, I’ve put together a list of the difficulties -- and the advantages! -- of making games in South America versus many other places of the world. 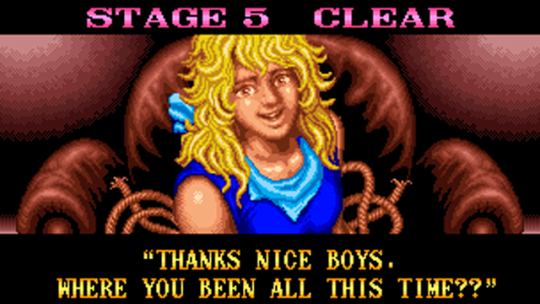 Not quite like some Japanese translations but, yes, you get the point.

Our KS campaign video. Thanks Mike! Next one will work out :)

But it’s definitely not all bad, there are some great things about working down here as well! Things we’re very proud of.

Some or all of the items I describe on these lists may be present where you live. I’m not trying to say that South American game development is necessarily unique in the hardships it faces, but that these hardships definitely exist and impact us heavily down here, just as our practicality, our resilience, and our collaborative spirit does.

This post simply tries to illustrate some of the differences that there may be between making games in South America and making them in the rest of the world. It’s not better, it’s not worse, but by and large and on average, I think it’s more difficult to make games down here.

But saying it’s “more difficult” doesn’t mean we haven’t or aren’t making any good games down here. Recently, the Argentine developer, NGD, released their remake of Masters of Orion into early access. We have Argentine indie figures, like Agustín Cordes and Daniel Benmergui, who are well-known worldwide. There’s IronHide, from Uruguay, with the top grossing mobile revenue that their Kingdom Rush games bring in. Ark was largely made in Colombia. And while those are just some examples, there’s plenty more stories like them.

We are struggling like a lot of indies out there in the world are struggling. Being from South America isn’t an excuse; we see it as more of an opportunity, really. Once we finish SkyRider, we’ll be able to look back on all the difficulties we faced and were able to overcome and we will be really proud, as will a lot of indie game developers across the world.

Thanks to Pablo F. Quarta for corrections and edition