A week of nonsense

Last time I was discussing toxic work environment a project leader could have. Now, as I have no team, I’ll share some nonsense that happened to me and my colleagues – the usual employees. My faith in humanity was shattered. Again.
Arseniy Shved
Blogger
April 07, 2013


Only two things are infinite, the universe and human stupidity, and I'm not sure about the former.

- Albert Einstein (or not)


Asking a question is like painting a target. Answering a question is like shooting an arrow at a target. Your goal in painting the target is to get an arrow quivering dead smack in the center of the target you just painted. If you (the advice seeker) don't paint a clear target with a nice crisp center, or if your target is obscured by fog or distance, you run the danger of not having the advice giver hit the target for you. Ever asked somebody a question and gotten totally the wrong answer? Maybe you didn't paint a clear enough target.

Last time I was discussing toxic work environment a project leader could have. Now, as I have no team, I’ll share some nonsense that happened to me and my colleagues – the usual employees.  My faith in humanity was shattered. Again.

Nonsense 1: Use your head and I’m not telling you.

This Monday my boss told me:

“I have thought it through already. I know what to do. But I’m not telling you. Go do it yourself.”

This is his all-time favorite manner to give an assignment.

Its close competitor is “Do the thing. You know, with the stuff. How should I know what thing? You should know it. Now do it.”

I can’t help to remember Tom Sloper’s notes on “How to ask questions”.

Which leads to two options of failure:

The second scenario has its variations. Just this Tuesday (and basically every other week before that) I witnessed a situation when he would assign a task in his trademark manner and then criticize an employee:

Boss: You’ve done it all wrong. Redo EVERYTHING!

Employee (with a hint of hope): How do you want me to do it?

Boss: USE YOUR HEAD. I know how it should be done, but I won’t tell you!

This Wednesday my boss asked me to revisit one of our pop-up windows and sketch a better one. I should note that I design core mechanics, not interfaces. But I did what he asked. I showed the sketch to boss and he gave it a green light. Now an actual designer took my sketch an produced a window the way it would look in the game. After that I had a lovely conversation with my boss:

Me: Could you be more constructive?

(especially if one of them is a dick and the other one is a pussy).

This same boss (boss1) has another cool feature – he changes his mind all the time.

This Tuesday was really demonstrative.

I was asked to design a feature. I did what I was asked to do. I several times approached boss1 to discuss it, but he was busy. At 17:30 he decided that he was ready so we began our small 2ppl meeting. It was surprisingly productive - he was mostly happy about the concept but we have changed some of the details. At 18:40 (40 minutes of overtime, but who’s counting, right?) he said “I like it. Let’s do it this way. But I have one more question…” and at this point boss2 entered the room. 10 seconds later he claimed that I am an idiot (hey!), that there is no point of arguing with me (we were not arguing) and that both of us were wrong (huh…). The boss1 immediately agreed that the concept was awful and that he has seen all the flaws but did not tell me, because ‘he wanted me to see them by myself’. For the next 80 minutes boss2 was describing the said feature the way he’d do it. 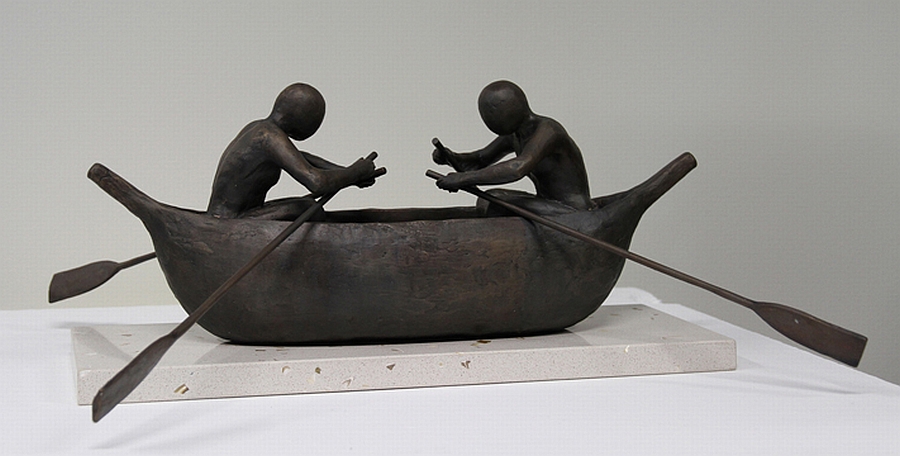 I get it, they are the bosses and they are the smartest people in the universe. But why the fuck do they hire us, idiots? I’ll just assume that they are so generous and altruistic and god-like.

This situation happens all the time with every employee. Sometimes even without boss2. Boss1 can change his mind on the fly.

If you are a boss and your employees are too happy, motivated and productive, apply this technique. It’s really irritating!

BTW, anyone knows where to buy a mind-reading device or some sort of a magical crystal ball?

This argument has nothing to do with bosses.

The premise is so moronic on itself, that the argument can be omitted.

The leader of a project (I’m so glad I work on another game) claimed, that the interface is the only thing that affects usability of a game or site, while the design is only responsible for visual attractiveness.

A clarification is needed: in his world interface means the relative position of various elements and their size. According to him, design is the way said elements are visualized (for example color).

His salary is much bigger than mine. I should become an idiot.

Nonsense 4: Talking about the salaries.

Some time ago the game I was working on was cancelled and my team transferred on other projects. When bosses announced this, they also said that my team members will have a raise of the salary. “You can tell them”, bosses said. I delivered the news and after that had a 2 weeks of a long-awaited vacation.

The vacation ended and I asked my ex-teammates whether the bosses raised their salaries. Turned out they have not. I addressed the bosses and they said that “They’ll have their raise. You can tell them.” And again I did.

Office manager has to know about that stuff, and bosses usually forget to inform her, so employees do it. I informed her and she said that she never heard about my ex-teammates raise. She promised to talk to the boss. In 2 days she delivered the news – no raise will be granted.

I have again addressed bosses and they claim that the raise will happen. But I have a feeling it’s not over yet. We’ll see what happens next.