You Won't Finish Your Game

You won’t finish your game. No, really. You probably won’t. Just give up now because you are wasting your time. Or do this instead: imagine the payoff of actually finishing it.
Thomas Brush
Blogger
October 09, 2015

You won’t finish your game. No, really. You probably won’t. Just give up now because you are wasting your time.

Or do this instead: imagine the payoff of actually finishing it — the payoff could be financial, or it could simply be that awesome moment of telling your friends that you, yes you, have a game on Steam.

Unfortunately, many "indie-game devs" are dreamers and not doers. Here's the typical file structure on their computer:

I think you get the point.

If you're like me, this file structure is all too familiar. It's not until recently (well, a couple years ago) that I decided to viciously stick to an initial idea and run with it. Sure, the idea may suck, but the alternative is suckier: never finishing anything. For me, my sucky idea turned into something that I'm feeling relatively good about. Its a game called Pinstripe, and its on its 3rd year of development. Its coming to Steam next year, and I'm excited about it. The motivation often dwindled during those years, but I challenged myself to stick with it, and learned a lot along the way.

So I'd like to share some of the things that have helped me continue to work on my project year after year, and hopefully get it out for the whole world to see:

Tell Everyone You’re Going To Succeed

Doing this is like jumping out of a plane — it’s really fun and really scary. Why? Because it’s kind-of a rush to share your ideas with people who care about you, but it’s also really scary. If you don’t succeed, people will always remember you didn’t, and will remind you of this. So go tell your mom about your game and how you are going to make a million dollars. Tell your girlfriend/boyfriend that you are going to make the next Minecraft. Make sure everyone in your life knows about your game*. That way, when you consider giving up, you will fear the consequences of everyone knowing you gave up. We all need accountability in our lives, especially for the things that seem impossible (like releasing a game).

*Careful, don’t give out a deadline for your game though. Telling people about your dreams is a double-edged sword. Your friends will love your idea and pat you on the back, but will make sure you know you missed your ETA. Instead, tell them your idea, and when they ask about the release date, say, “It will be done when it’s done.” This isn’t necessarily a wrong question on their part — they may genuinely care about you hitting your deadline. But with indie game making, hitting deadlines doesn’t happen often. And besides, there’s a huge difference between giving up on your project and just taking a really long time to finish it.

Plan For Your Passion to Ebb and Flow

So your project is awesome, and you told your family, your friends, and your boss. Then suddenly two weeks in you secretly think the idea is garbage. Congratulations, you're experiencing the norm. So plan for it. That moment when you have that great idea is the moment you should recognize that you probably won't like it in a couple of weeks. And that's ok. Your idea will most likely take on a different form than initially intended, and new ideas related to your original idea will keep the project interesting.

So you’re just too tired to work on your game tonight. Let me ask you this: does that somehow make you unique? Like, somehow, all the successful game-developers out there are just relaxing and smiling and wiping caviar from their lips with hundred dollar bills? Here’s what most of them are doing: working really, really, hard while the unsuccessful ones are most likely making excuses. This isn’t necessarily true in all cases — some developers get lucky, and some developers fail hard after years of work. But here’s the honest truth: a successful indie-game developer will embrace exhaustion and understand its relationship to passion. The feeling of slowly closing the lid of your laptop after a good two-hour evening work sprint is way more fulfilling than watching Netflix and drinking beer.

Careful: this mentality can make you a workaholic. This will ruin your game and your relationships. Stay committed to your project, work hard, but remember: it’s just a game. It’s just a game. Always put your work second in relationship to your friends and family.

Think about some things you tried when you were younger and are embarrassed of now. I’m not talking about doing lines in your mom’s basement. I’m talking about that short-story you tried writing, that time you thought you could act in your high-school play, or even that moment when you tried painting. When most of us try something, and it turns out ugly, we are embarrassed and hide it from the world and ourselves as quickly as possible. Then, we just give up entirely on that specific path. This is human-nature, but it’s destructive. Imagine if every single failure in the world resulted in shame and the extinguishing of ideas. Nothing would see the light of day because everyone and everything fails a little bit before it succeeds. So don’t look back with shame. Be proud of your attempts at success. Really, it’s basic math: a bunch of failures will most likely result in a win. It could be a small win, but every small win adds up to bigger wins. Just keep trying, and don’t be ashamed.

But above all, just finish your game.

In the meantime, I'll be working on Pinstripe. If you want to chat, need some motivation, or just want to pitch an idea to me, shoot me an email at atmosgames[at]gmail.com! I'd love to hear from you. 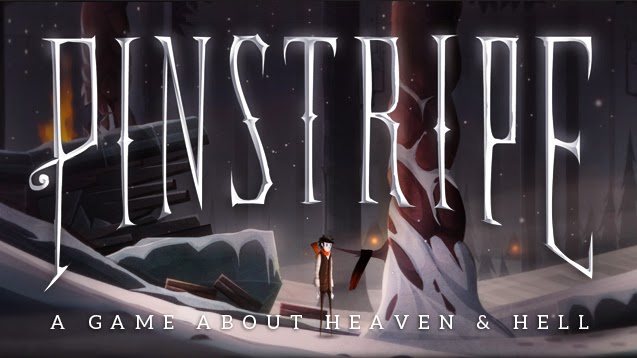