You Should Crack Open My Game

Why I decided to make it easy for players to edit the file that contains all of their scores and stats in PARTICLE MACE.
Andy Wallace
Blogger
September 05, 2014

[This was originally posted on my personal blog]

A few months ago I had a tester for PARTICLE MACE report a bug they had found. I'd been waiting for this and was surprised that it had taken so long to happen. The email said "I cheated a bit, edited the XML file for ship unlocks." I was thrilled!

It's been suggested to me several times that I should do something to encrypt playerdata.xml, which contains all of the player's unlocks, high scores, and stats. I don't agree, though. Although the decision comes as much from laziness as noble purpose, there is a political (and fun!) reason for having these files available to edit and structured in a very human-readable way. It's good for us to crack open the things we own and take a look inside. It increases not only our understanding of an object, but our notion that the things we have are ours and we are free to modify or improve on them as we see fit. 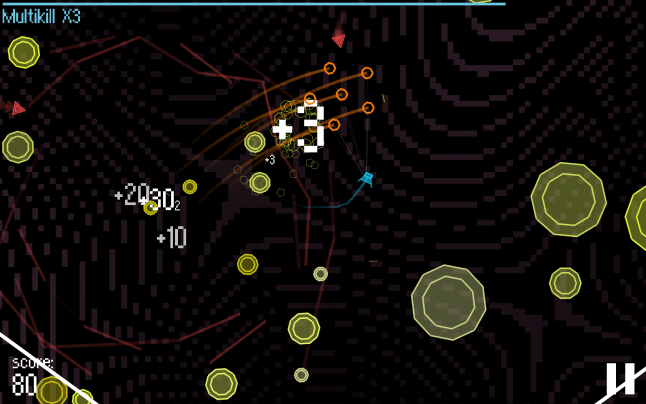 On the first point, an increased understanding: A while back I got curious about how a Rubik's Cube works--not how to solve one, but how it mechanically allows for separate parts to move without falling apart. I looked online for a while, but wasn't finding much that made sense to me. Finally, I pried one open with a screwdriver. Suddenly it made sense. I could see inside and view for myself how a circular rim around each outer piece holds it all together even as parts move away from each other. I am by no means an expert tinkerer, and I still take my car to the mechanic when it breaks, but I think there is genuine value in at least looking inside things. As the world around us gets more complex and information more freely available, this seems like an increasingly less obvious tactic for learning about things, but it is one than can result in a far greater level of understanding than Google can offer.

Messing with the XML is an easy way for people to tinker with PARTICLE MACE which is fun in it's own right, but which also increases the notion for non-programmers that the game is not some magical box. It has moving parts that are read by other moving parts and editing the XML that manages their saves is proof of that. Demystifying technology is a good thing.

As for the idea of ownership, I am not a fan of DRM. I believe strongly that once somebody buys my file, they own it and they can do what they want with it.* I don't intend for people to swap out the audio files, and I provide no guide for it, but they can if they want. There is nothing on my end to be gained by preventing it, so why should I? Without a very good reason, hiding data from a user on their own computer seems to me like a violation. Good reasons do exist, but my game does not seem to be one of them.

Yes, players can unlock every ship without having to beat the scores specifically designed into the game to make it fun. They can essentially skip the game if they want to. That's their call. Editing a separate file in this case seems like such a breach of the agreement a player makes with a game that I can't imagine a player who does this feeling like they "beat" the game in the traditional sense. But it is an alternate style of play that I think is totally valid. Feeling like you beat the game by "hacking" it is different from beating it by playing well, but for some, it may be more satisfying. I loved my GameShark back in the day. I tended to only use it on games I loved and wanted to mess around with beyond the original, intended gameplay. I don't want to see that type of gaming die.

Finally, there is the concern about faking scores. This is legit. Leaderboards are a part of competitive games, and when players break them, it is not only their own agreement with the game that they brake (which is their's to renegotiate) but also the agreement that every other player has made with the game (mainly that it will be fair), and that's not OK. My solution here has been simple. Scores are sent to the database at the end of the round, when they are first gotten and before they are written to the XML. Players messing with their scores in the data file will be able to cause a few unlocks and to change their own visible high score, but that's it. Nobody trusts screenshots anyway, so if players want to invalidate their own scores, that's their business. The leaderboards are intact.

PARTICLE MACE is not a deeply political game**, but my choice to leave this aspect of it available to be messed with seems rare these days. I think that's a shame. I hope players hear about how to unlock everything in PARTICLE MACE and then consider spending some time poking around the rest of the contents, and maybe after they do that, they'll crack open the contents of a few other games and see what's waiting for them there.

You can still get in on the PARTICLE MACE pre alpha right here: particlemace.com

**Probably the only other call that could be regarded as even slightly political was the decision to remove all male pronouns and male specific words from the game text, because that language reinforces the (often incorrect) assumption that the player is male.