Without Readability - The Decline of Adventure Games

A discussion of how poor readability contributed to the decline of adventure games.
Nels Anderson
Blogger
May 05, 2009

At long last, we have arrived at something tangible. Dispensing with hand-waving theory, I'm going to discuss how the murky readability of adventure games contributed to their falling from prominence. In retrospect, I should have presented this sooner. If this series is compiled into a set of links, I'll likely pull a C.S. Lewis and renumber this as part two and follow it with the posts about empathy and data.

Before I launch in, I need to reiterate that I have a great fondness for adventure games. Some of my fondest gaming moments came when playing adventures. I want to be able to share those experiences with folks who haven't, rather than pine for halcyon times long past. 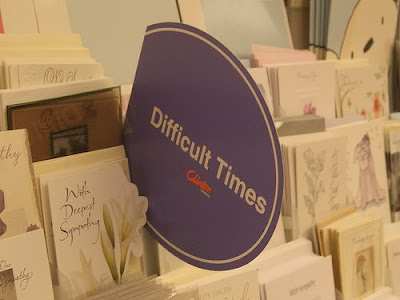 It's clear adventure games, of both the text and graphical variety, have lost their once prominent position. There are a number of reasons for this, but one that seems largely ignored is the poor readability of the gameplay systems of adventure games. Sometimes this will be addressed by people saying, "they were too hard." But that claim is actually quite misleading, especially given the notions most have about difficulty in video games.

Adventure games suffered from poor readability. Full stop. The mechanics of adventure games provided a truly colossal number of possible actions, but with no real relationship to each other. There was no systematic way to understand or improve at playing adventure games, beyond learning that you should try to pick up every single thing in the game that isn't nailed down (and those you'll probably just have to pry up).

As a quick terminology note, Jesse Schell mentioned this very issue in his book when discussing player actions as a game mechanic. He identifies "operative" actions as distinct from "resultant" actions. The former would be fundamental actions the player can execute at any distinct moment, while the latter are broader strategies or behaviours that emerge from understanding how the game's systems inter-operate. This is remarkably similar to the mechanics vs. dynamics distinct in the MDA framework, and it seems both are describing the same phenomena. I'll be using the MDA terminology here.

Back to the readability problems in adventure games. Take the quintessential LucasArts/Sierra adventure game. The main interactions in the game consist of using a number of verbs (e.g. push, pull, pick up, talk to, use, etc.) with various objects in the environment. Additionally, your character likely has an inventory that allows you to move some objects from one place to another and use them on other objects.

Unfortunately, they way these verbs operate is based on a carnival mirror version of the real world. Pushing object X does nothing, but pushing object Y will get you closer to a solution. Trying to pick up one object results in the player's character saying "I don't want that," but the character is perfectly happy to pick up a different object.

This provides the player with a tremendous number of possible actions to perform, but no way to understanding how they work in conjunction (because they almost never do). There are a lot of ways to use the game's mechanics, but no enjoyable dynamics arise from them. If the player isn't able to infer the designer's intentions, their only option is trial and error. But the permutations of the various mechanics result in a truly colossal number of actions, only a tiny fraction of which have meaningful outcomes.

As a hypothetical, say there are six areas a player can go during a certain stage of an adventure game. On each screen there are an average of eight interactive objects. The player has five possible verbs they can use on any object. They also have seven items in their inventory, all of which can be used on any object. This means that at any given time, the player has 768 potential actions to perform.

Text adventures (or interactive fiction, whatever your preference on terminology) exacerbate this problem, as the limit to possible verbs is literally the player's vocabulary. When stuck, the player becomes a thesaurus, struggling to find the right combination of words to execute what they think makes sense. But as it's impossible to know when an action is incorrect due to logic or just due to the parse, the player can never be certain their solution was fundamentally incorrect, instead of just linguistically incorrect. 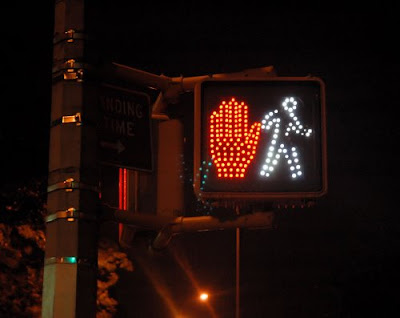 Compound this with the truly absurd logic of some adventure games (see Old Man Murray's discussion of Gabriel Knight 3) and it's really no surprise that adventure games fell out of favour. The dynamics of adventure games are not enjoyable the moment the player falls out of sync with the designer's intentions. Coming full circle, adventure games have a readability problem. With all that being said, this definition of readability should make sense:

Readability is a measure of how easily a player can understand a game's dynamics.

To provide contrast, Braid is a good example of a game with a small number of mechanics giving rise to rich, understandable dynamics. Some criticized Braid for requiring the player to guess the designer's intent. While this is true, the mechanics in Braid number in single digits. Personally, I was never particularly frustrated with Braid, nor did I ever feel like a puzzle was obtuse or unfair. Upon solving, my reaction was universally, "Oh yeah, that makes sense." I cannot say the same for needing a cat hair and syrup mustache to impersonate a man that doesn't even have a mustache.

This post has become much longer than intended. In the interest I've brevity, I've broken it in two. Wednesday's post will discuss some ways in which adventure games can be made more readable.