In the increasingly saturated souls genre of games, there's a reason why its originator still stands out from the crowd.
Aidan Herron
Blogger
January 08, 2021

Dark Souls is my favourite video game of all time, and no game had ever hooked me quite like it before or since. And now with several years of game design education and experience behind me, I think I can comfortably begin to articulate why.

Because it gave us the best “Nope” gif ever. That’s it. End of article. Stop reading now.

Dark Souls’ open, interconnected world is a gift and a curse. On the one hand, it makes its world feel like a real place. A real place that is big, dangerous, and frankly rather indifferent to your arrival. 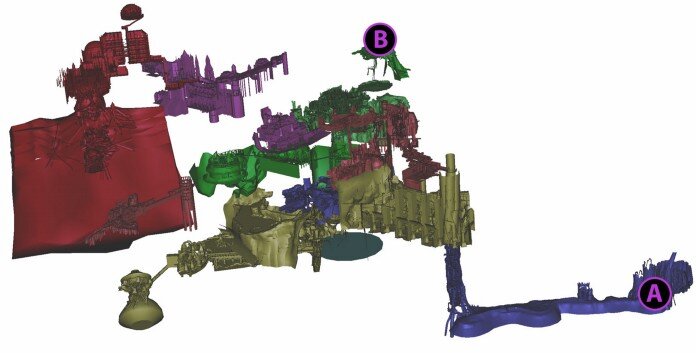 The fact that you can get from point A (Ash Lake) to point B (Undead Parish) without seeing a loading screen is an incredible feat, and one that goes a long way to immersing the player in the world.

Buuut this system is not without its problems. For one thing, since the player can go anywhere, they will invariably get lost and end up fighting enemies above their pay grade unless they consult a guide. Plus, until you unlock fast travel at the midpoint in the game, it can take ages to get places.

I saw this as a feature however: every trek I took into the game’s more treacherous areas felt like a risky expedition, since I knew getting myself back out afterwards would be a challenge unto itself, even if I was successful in my mission.

So I suspect when FromSoftware was doing their postmortem on the game, their pros/cons list for the open world looked something like this: 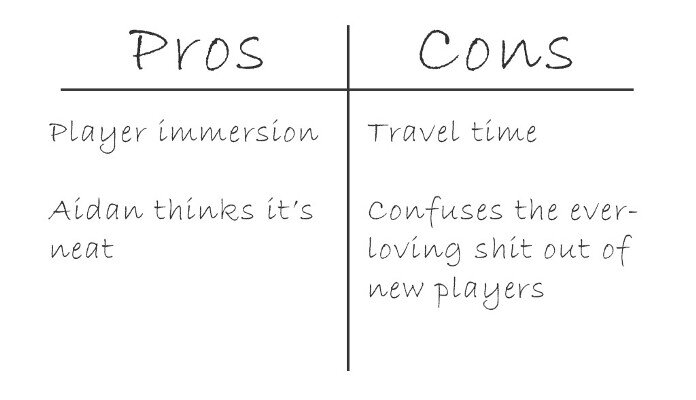 I can only assume they deferred to the side with the higher word count, since every subsequent souls game they made did not feature an interconnected similar to the one employed in Dark Souls.

So yeah, I get why they scrapped it. Doesn’t mean I have to be happy about it.


Allow the player the ability to make the game personal.

Players love being able to express themselves in the games they play, and few games let you express yourselves to greater effect than Dark Souls.

Want to be a dark sorceress who employs occult magics from distant lands? 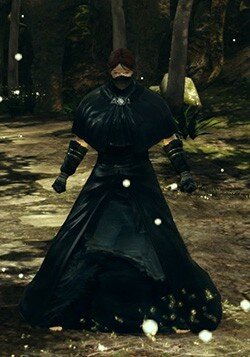 How about the most dashing Viking to ever to gallivant Lordran? 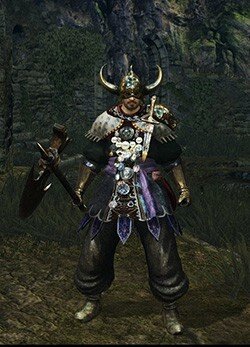 “THERE ARE SOME WHO CALL ME… Tim.”

Or maybe you’re a shadowy assassin who can really hope that their first strike is lethal because they’ve got no plan B. 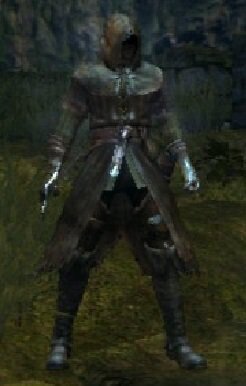 Or how about just literally Darth Vader? 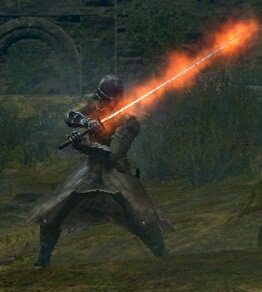 Photo credits to everyone in the Fextralife Fashion Souls community.

There are dozens of class archetypes you can mix and match in Dark Souls, all of them play drastically differently, and with careful construction, any of them can be viable.

In the ever ambiguously defined genre of “Action-RPG”, oftentimes the role-playing elements can feel separate or even at odds with its action-elements. Dark Souls by contrast feels like the ultimate marriage between the two. You can express yourself in anyway you like, and if you play your cards right, you’ll even be rewarded for doing so. 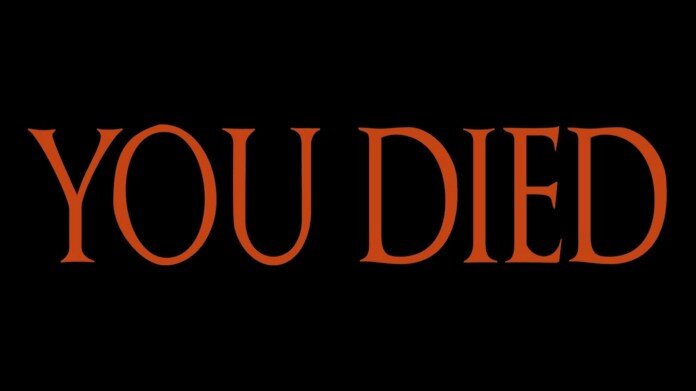 Dark Souls’ difficulty is the glue that holds it together. It’s a personal pet peeve of mine when a game introduces a dozen interesting mechanics, but makes its levels so easy that you never have to use them. If you want to hear me bemoan that facet of game design more, listen to Episode 3 of The Panic Mode Podcast—Difficulty in Game Design.

Dark Souls is no such game, and will show the player no quarter. And you know what’s fun about that? It means players get to show the game no quarter eitherâ€Š—â€Šthey have to maximize their advantage in every way they can, whether that means consulting guides, over-leveling their character, exploiting enemy AI, etc. In what would be borderline cheating in other games is simply expected in Dark Souls. If necessity is the mother of invention, then Dark Souls’ difficulty is the mother of its player’s creative problem solving.

And that might be a more accurate way to view Dark Souls: a difficult series of problems which requires critical thinking and creative problem solving to answer. It just happens to be disguising itself as a fantasy action-RPG.

Time for a moment of sober honesty here: a big part of what made Dark Souls special was that it was simply very different from its contemporaries, its 2009 predecessor Demon’s Souls notwithstanding.

Now in 2019 we see multiple entries per year into the newly created “souls genre”. From FromSoftware continuing to iterate on their own genre with Sekiro: Shadows Twice and Elden Ring, to 2D entries like Hollow Knight and Dead Cellsâ€Š—â€Šthe market for the souls genre has become significantly more saturated, and odds are Dark Souls wouldn’t stand out nearly as much if it were released today.

I don’t say this to defame Dark Souls at all. To the contrary: it speaks to how strong many of its largely unprecedented ideas and designs were. And I think that may be the ultimate telltale sign of a very, very special game; and one that by my counts we haven’t seen the likes of since.

For more discussion of Dark Souls, listen to Episode 22 of The Panic Mode Podcast—The Souls Genre.

This article was originally published September 20, 2019 on www.panicmode.net.