What we really need is a free-to-play game jam

What the free-to-play space really needs is a bit of creativity. And what better way to inspire than with a game jam?
Mike Rose
Blogger
February 28, 2013 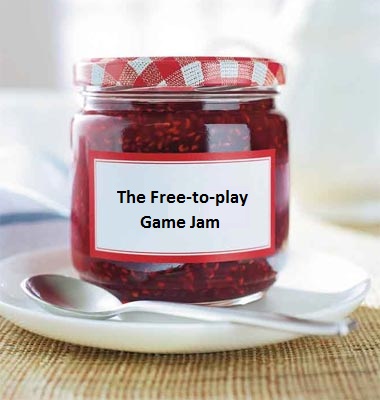 The last few weeks have been quite the eye-opener in terms of where the future of free-to-play is headed. Gameloft wants you to pay to instantly kill everyone in a multiplayer game, while Electronic Arts would quite like it if you'd pay hundreds of dollars to buy a collection of pixels that come together to look a bit like a selection of supercars, please.

But here's the thing: if these companies are implementing awful systems like these in their highest profile mobile games, it must be because it's working to bring in the moolah. In fact, EA said this week that it's planning to include microtransactions in every single one of its games in the future -- and if those in-app purchases are anything like the ones found in Real Racing 3, the future isn't looking bright.

The crux of the matter is that there are people paying absurd prices for in-game content -- a small minority, mind you, but these people are paying enough such that companies like EA are forgoing the desires of the average video game player in favor of satisfying these "whales", as some call them.

This isn't news to anyone. It's how free-to-play has been working for a while now, baiting these loose-wallet players into forking out silly amounts of money -- and while developers will say "we're making games that cater for all players, even those who don't pay a cent", that's clearly not 100 percent true in a lot of cases.

But there's a solution; A method by which the more traditional gamer can make free-to-play work for us. Put simply, we have to once again become the demographic that these developers and publishers are interested in satisfying. If we're the ones paying out the most, then the focus will shift back to us, i.e. back to where the money is.

Logically, it shouldn't be too difficult either. A recent report from Wired found that around 10 percent of all free-to-play gamers account for as much as 50 percent of money made from in-app purchases.

Therefore, if the other 90 percent paid only a very small percentage more than what they currently are in free-to-play games, we'd easily shift the balance in terms of value to publishers. And considering that a huge number of gamers choose not to pay anything at all (myself included), imagine the difference it would make if we paid just $5 each. Suddenly those whales wouldn't look as tasty anymore.

But what exactly is it that I'm proposing we pay for? As evidenced throughout the App Store, Google Play and Facebook, the majority of free-to-play games focus on bait tactics, reeling you far enough into the gameplay such that once you're hooked, you're given enough time or statistic-based resistance to the point that you're essentially forced to pay money.

These aren't the purchases we're looking for. If in-app purchases are going to work, they need to be worthwhile. They need to add value to the game. They need to be the sorts of transactions that we want to make -- we're having so much fun that paying a dollar here and there barely even registered in our minds.

There's already numerous games that do free-to-play gloriously too -- experiences like DOTA 2 and League of Legends have shown that more traditional gamers will open their wallets to free-to-play if offered real gameplay, and a real reason to pay out, minus the cheap tactics.

But more needs to be done in terms of free-to-play research. There's still so much resistance against the movement from traditional gamers because, for the most part, free-to-play developers aren't all that focused on creating fun, but instead have their heads in their bank accounts. It's near-impossible to discover truly innovative and enjoyable forms of free-to-play at a time when so many studios want to make a quick buck instead.

What we really need is a free-to-play game jam. An avenue by which inspirational and creative individuals can attempt to tackle the free-to-play space, and hopefully show the average gamer how free-to-play can universally be done in a respectful and entertaining way.

I've floated the idea a few times in the past on Twitter, and each time there's been a notable number of people who have expressed interest, including both indies and people at larger studios. Unfortunately I personally have no idea where to even begin running a successful game jam, nor do I really have the free time to make it happen.

But I know there are people out there who can, and I know these people would run it so much better than I could ever dream of doing. It would no doubt require sponsorship from an experienced free-to-play intrastructure provider, but if a decent deal could be struck up, just imagine how many indies would take the opportunity to have a crack at creating a true free-to-play game.

And imagine the value that would come out of such an event. It would have the potential to show those gamers who still oppose the movement exactly how free-to-play can be worked to their advantage, and in turn, you'd hope that larger companies would take note and slowly but surely experiment with implementing these varying ideas.

Not that I can guarantee such a game jam would exactly produce satisfying results - but it's worth a try, right? I implore anyone with the capacity to run with this idea to give it some real thought. I'd be more than happy to help find backers for the jam, and assist in setting things in motion / getting the word out.