What is Right and Wrong in Game Design

There are some well established game design "rules" that though make sense in many situations are not universally applicable. This article discuss some of them and some situations in which they are just silly.
Thais Weiller
Blogger
July 09, 2013

That's quite a pretentious title over there, don't you think? I thought so, that's why I choose it. Now you are pissed and angry reading my article trying to prove me wrong and actually making my point. When I worked as a writer there were many golden rules about how to write and one of them was "Never chose a title that promises more than a text will answer". Yet, I just did it and you are still reading this.

Independently of your field of actuation, there are many "golden rules" that every wise professional know and everybody agrees and follows unquestionably. Golden rules are not arbitrarily stipulated, there is no such thing as The Central Committee of Golden Rules of Programming, but they also aren't proven scientific theories. They emerge from the daily use of that field of knowledge and trivial observation and survive for being mostly right, most of the times when used. This is a different path of what scientific theories course, first emerging from a hypothesis and then being tested with all variations possible in controlled environments which leads to unbiased theories.

Not being unbiased is what makes golden rules much more similar to prejudices and stereotypes than of actual scientific theories: although they emerge from most frequent situations and are even fairly accurate, that doesn't make a golden rules always right even though people generally state so.

Despite the fact that it is a relatively new field of knowledge, game design already has a whole bunch of "golden rules". At least, that's what some self-proclaimed game designers scream on the comments section throughout the internet. And, as golden rules in general, they are fairly accurate but also not universally applicable: it all depends on the context and the game. Let's discuss some of them:

Controls must be fast and precise

This one asserts that in any given game, perfectly precise controls is part of what makes them fun. Something in the preciseness and being almost simultaneous to the player action is supposed to a important ingredient for all games. Except that it isn't. 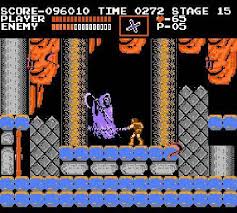 Sure, for most games, specially games in which accuracy and tightness is a important deal, precision is really, really important. But this doesn't mean that controls must be completely precise in all games, even in accuracy dependent one. For instance, in classic Castlevania the whip has a small delay in relation to other controls and jump direction cannot be changed mid-air. This makes controls more unprecise but actually makes the game more fun according to its numerous fans, since the whole gameplay becomes more strategic.

Casual games make even more deep use of imprecision, as mobile and many Wii titles, making it even part of the fun of the gameplay. Or are you going to lie straight to my face and say you never had fun with a tilt-based game and how "weird" it was? Sure, this weirdness wears off fast and some of these games don't have an afterlife when the oddness is gone, but it was some darn fun 2 minutes.

Yeah, no one likes to discover she has been believing in BS all this time, but guess what? Such is life. And sometimes, games must take this characteristic of live. I love how Depict1 shatter this rule in a very clever and compelling way. If it make sense in the game, don't drop it no matter what. I would use as example a cool AAA game from a beloved developer with a beloved game retail online platform, but realised this might be a huge spoiler for some. If you didn't get this reference, you should play more Valve games.

RIP Megaman, worse game ever according to a unquestionable Game Design rule. And also almost all infinite runners. The point of this gold rule is that you cannot give capital punishment (death) for only one small fault (falling off a cliff). However, sometimes the whole point of the game is to be hard in punishment, just like a military school. Sure, this doesn't work in all games, but the whole concept of the game and its target audience must be taken in consideration before anything is rules on this subject.

Other related topic is about "hurting" the player without giving him a reaction time. For instance, in Megaman, remember when it changed from one screen to another and sometimes an enemy spawned right in front of Megaman, leaving no time to dodge? This was also used in Megaman when you had to jump in a pit you didn't know what you would find just to realizes (just after the screen shift) that you are in a unalterable collision route to spikes and that if you only hand jumped a little farther to left everything was going to be ok. 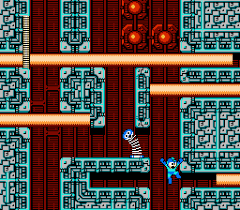 In both situations, player is induced to failing and has to learn something from past mistakes. The thing is that in the first example, player takes a small amount of damage and goes on, while in the second example he loses a whole life. A whole Megaman life. You know how hard to find are those things? Pretty hard. Yet, in a infinite runner like Jetpack Joyride, a insta-kill for something you couldn't react in time doesn't fell that bad, since you can always try again right after and there is no other penalties outside that only run. Also, when player dies on Jetpack Joyride, he can be rewarded with a slot try AND replays are almost instable, with no "You are dead" screens  and waiting for the whooooole menu to load again (I hate that, Resident Evil). To sum it up, when death is the capital punishment in that run but has no other penalties to the player (as waiting for a replay or losing resources) it doesn't necessarly make a game too punitive or to hardcore or it is forbidden, that's just a matter of balancing the right amount of reward and punishment in the game mechanics.

Bottom line, if things normally considered faults are something important on your game design and will be consistently used ("Can I make all pits bottomless but this one random pit, in the middle of the level and with no signs whatsoever, is actually essential to player progression?" ahahaha, nope.) and balance and make sense with everything else.

Positive Feedbacks loops are no good

This is almost a chorus on multiplayer games design. If you are not sure what Positive feedback loop means, I recommend that you read a bit about it on Wikipedia and most of what Ian Schreiber wrote about it. In a nutshell, positive feedback loops creates loops in which players that are winning gain more and more, leaving other players far behind. For instance, the more properties you own on Monopoly bigger are the probabilities of someone stopping in one of them and that you receive even more money to get even more properties.

Positive feedback loops generally has a bad impact in multiplayer since it stimulates disparity between winners and losers, making the leading ones every time harder to reach for those who were left behind. But, sometimes, this is just what you need to spice things up in a multiplayer, especially in episodic matches, especially if matches are short. That for instance Monopoly, a game that can be played for many hours and many hours, making the least favored player every minute more miserable and top players every second richer. How many times did you actually "finished" Monopoly? I remember playing it many times, but playing until the end in very little of them. Very frequently, the bottom players get so frustrated that they can't continue playing for another whole hour just to lose, so they just give up to save this another hour.

Most MOBA nowadays use positive feedback loops as a way to spice and speed matches up. The team or player that first acquire some advantage will more easily win the match, which not only makes players more frenetic in acquire this first advantage but also tends to make matches shorter than if the game system tended to equilibrate players advantages.

The most players, the better

No, no, no, no. This has became a common rule for publishers and big companies and now we have 10 new generic FPS games launched by month, most of them hardly paying what was invested in them. It's not uncommon to try to target a wider audience and end up with no target audience at all. Sometimes (most times, actually), a small core of avid players is better and even more profitable than a mass of apathetic ones. 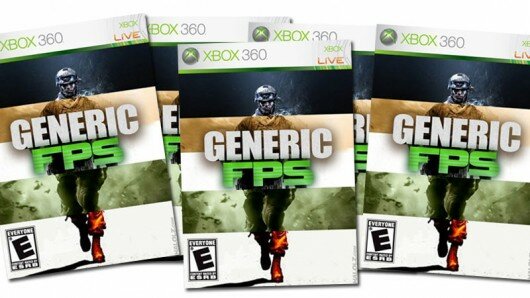 Games are supposed to be fun

This one goes back to the time when every time you wanted to know a bit further about games and game design, """"experts"""" said you had to read Huizinga. In the case you don't know, Huizinga was a very important person in the game studies and basically founded this research field. For Huizinga, a game must be a free activity, as people involved are probably having fun (he used this word very little, but this is implicit in most of his writings).  That being said, Huizinga theories are from the 1930's, he believed that the mass appeal of sports were "killing the essence" of games and, as far as I know, he never designed a single game.

Sure, Huizinga is important, as important as Descartes is in modern science. He is the starting point of games studies (and not of game making, thankfully) but he is not the cornerstone and least of all the end of the line in understanding games. Most game researchers and game makers nowadays agree that there is not one only reason why people play, but rather, a big set of different reasons. Not only different types of fun, but also different types of experiences being searched.

Even you as a player don't play every times looking for the same sensation: sometimes, you feel like a FPS; other you rather a RTS, and there is even that time that you feel like you need a cow clicker. If all humans played in search of only one thing, even a abstract notion as fun, there wouldn't be the need of so many games, the most efficient games to create this sensations would already been created and perfected throughout the centuries. And really, none of us would have our jobs.

Golden rules exist for a reason, which is there are in many cases the correct way. But also the save way, the beaten-track way. Know the golden rules and use them at the game favor, even if sometimes that means doing the complete opposite of what the rule states.