We are terrible detectives

Detective games are broken. Most feel like classic point and click games with a different dressing. How do we improve them? Well, here's a couple of thoughts, questions and an idea that might fix a whole genre.
Luis Diaz
Blogger
February 08, 2018

Most games out there about being a detective only get the dressing right, we're solving the same puzzles we always do but instead of being a pirate we're told we're something else. 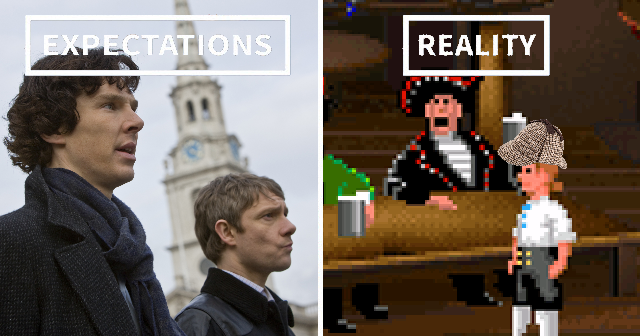 I'm sure I'm not the only one who has always been a huge fan of Sherlock Holmes, bought one of the games based on his stories and then got immediately disappointed when gameplay never felt anywhere close to what I expected. Only a few games got close to nailing the experience.

It's not that these games don't have high production values or excellent professionals making them, it's just that capturing the experience is too hard.

Mark Brown already discussed some of the challenges of making a good detective game. Perhaps the biggest hurdle we must overcome is the lack of player freedom. In most games it's ok to put a gun in the player's hands and tell them to shoot stuff, that's pretty much all you need to feel the adrenaline and be an action hero.

But detectives are something else, they're the smart people in the room, the ones who see the connections everybody else missed, the ones who think out of the box. And that's terribly hard to achieve in games. We like to live inside our comfy boxes defined by our design rules. We do have some games (mostly immersive sims) that push players to think out of the box, but they are still usually restricted to "kill that enemy" or "try to avoid that other enemy". 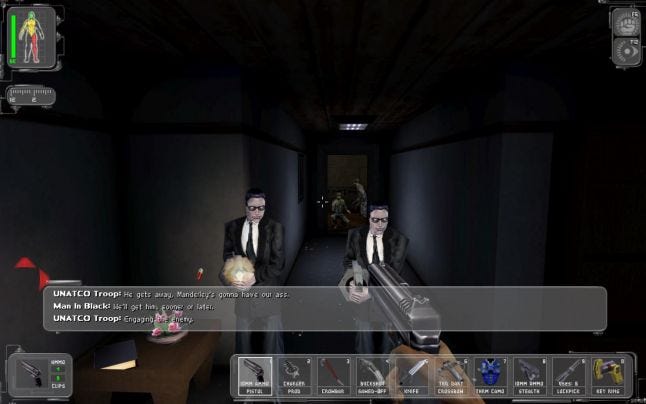 There are three points we should keep in mind while trying to make players feel like a detective:

But enough about challenges, let's talk about some neat tools on our belts that we might not be using: 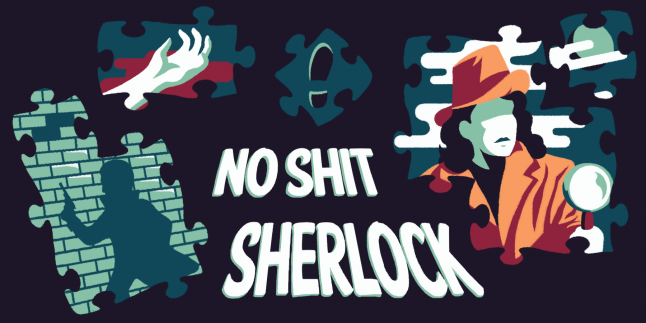 I wouldn't want this whole discussion to end with this article. I'm sure we all have some ideas that we'd love to try, most might fail but we'll end up with some wonderful concepts.

That's the reason I'm using the chance to announce "No Shit Sherlock Jam", a game jam where we'll try to fix detective games. It'll start on March 9th and participants will have over a week to develop prototypes. There will also be sub-themes (like Global Game Jams diversifiers) announced a couple of days before to get your minds working.

So I invite you all to join the jam, spread the word and have fun while we try to crack a hard design challenge, how do we make players feel like true detectives? (I'm fully aware of the pun)