The traffic in my hometown is pretty bad, especially during rush hour. Can I use SimCity to diagnose the problem?
Mike Rose
Blogger
February 19, 2013 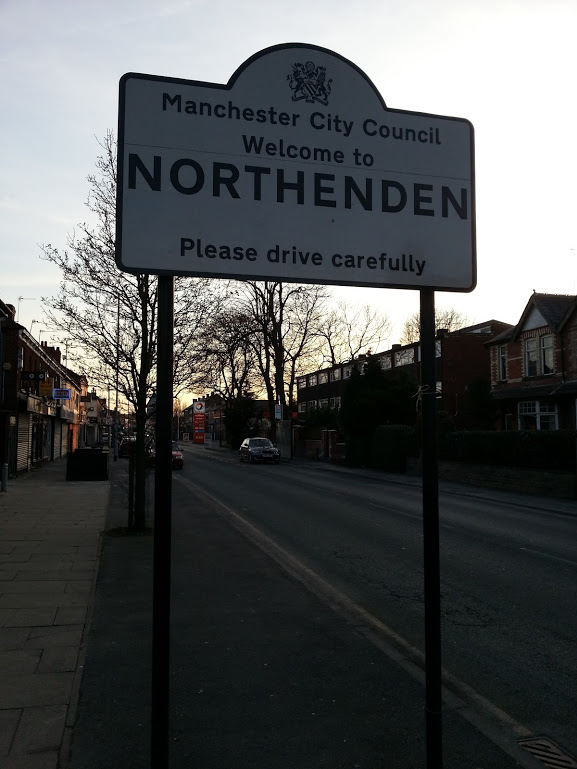 This post is being highlighted as one of Gamasutra's best of 2013.

After the first SimCity beta weekend had ended, I read an article by Norman Chan over at Tested.com in which he attempted to discover the best suburban city layout according to the game. It's hugely interesting stuff, and quite frankly I hadn't considered the idea of putting this new SimCity to real-world use.

So when the second beta weekend rolled around, I decided to have a crack at testing some theories that I have about my own hometown of Northenden, Manchester (population of roughly 15,000, as far as I can tell).

Northenden is a pretty small place that you can drive straight through in around five minutes. The town mainly consists of residental housing, with a strip of shops that is known at the center of the town. And yet, considering the low number of people who live here, coupled with the low number of reasons to want to be driving around the town, you still wouldn't want to visit during rush hour. We're talking standstill traffic that you can sometimes expect to sit around in for up to an hour.

Look at a map of the area, and it's not hugely difficult to see why. The town features connections onto multiple motorways, plus the extremely busy Princess Parkway, which goes all the way into the center of Manchester city. To its North, you've got a straight road surrounded by golf courses, that leads to the bustling Didsbury areas.

Essentially, during both the morning commute and the drive back home from work in the evening, Northenden becomes a traffic bottleneck, with hundreds of cars either trying to get onto the motorway, or out into Didsbury. I have to pick up and drop my child off at nursery in Didsbury a couple of times a week, and quite honestly, the drive is like hell on Earth at the worst of times.

At least, this is my reasoning for the ugly traffic. In fact, I've contemplated numerous times exactly what causes the pileups in Northenden, sometimes wondering whether it's simply that the town is laid out in an awful fashion. Now, with the incredibly scientific power of SimCity, I will finally get to the bottom of what is the real cause.

Question 1: Is it the layout of the town that causes the traffic?

I began by sticking Google Maps on my second screen, and then building Northenden in SimCity as best as I could. I wasn't meticulous about the design - I mean, I'm not submitting this to the council or anything - but I made sure that the layout was roughly the same as the real-life town, especially when it came to the main through roads. At the bottom of the following screenshot you can see the town connecting up to Princess Parkway/the motorway, while at the top left, the road connects to Didsbury (or a railway track, as is the case here - more on that later).

Switching to the zoning view shows exactly what types of housing you can see here. The blue indicates the line of shops through Northenden center, while the yellow to the right is Sharston Industrial Estate (I added this in since if I didn't have industrial buildings, not many people would actually choose to move into my town!). What's lovely is that my town's population appears to have peaked at around 18,000, which is only just slightly more than the real Northenden. I wish I could say that I did that on purpose.

There's a 4-way junction in the heart of Northenden that everyone just calls "Tesco", mainly because it has a big old Tesco store on the corner. This is one of the main areas where traffic usually builds up and causes the bottlenecking, so I decided to keep a close eye on how my SimCity traffic piled up there.

As it turns out, it wasn't too bad at all. During the morning rush hour, there was a slight build up but nothing too notable. I surely wouldn't have minded sitting in that level of traffic, and it's a country mile better than the real deal. In the below screenshot you can see the peak of the rush hour, with the robot store in place of where Tesco sits in real life.

This isn't hugely surprising. In its current form, the through-roads aren't really acting as through-roads, since Northenden residents don't have a huge number of places to go along those roads. No, what I really want to test is whether funnelling traffic through the center of Northenden causes jams.

Question 2: Is the issue that Northenden is used as a through-town?

The issue is that SimCity's maps are rather small - at least, in the beta - and as such, I had to improvise a bit. Where Northenden hits SimCity's outlying railway track is where a stretching single road reaches into West and East Didsbury, both very busy areas. In place of this, I built a long stretching road at a 90 degrees angle, parallel to the railway, to replicate the Didsbury area. I created a built-up area filled with shops, and dumped a large casino at the far end (there's a large casino complex in East Didsbury called Parrswood). I then stretched a strip of highway from the casino all the way round to the other end of Northenden - an extremely simple but near-faithful version of the real-world area.

East Didsbury and the Parrswood Casino

With this set-up in place, the hope was that Northenden residents would venture out to Didsbury en masse, and mix in with the traffic from the tourist traffic from the motorway, on their way to visit the casino. Within 10 minutes, the effects were clearly notable - as per the below screenshot.

Most areas of Northenden were fine, with green and yellow strips on the road signifying no-to-light traffic. However, much of the main road going through town is red or orange, meaning pile-ups and standstill traffic. In particular, the road into East Didsbury was red all the way down.

This definitely echoes the sort of traffic you'd expect to find during the rush hour - that latter road in particular can take a good half an hour to get down when things get particularly bad. In fact, this setup even highlights a little trick that I know of for dodging some of the traffic: when coming from East Didsbury (up at the top right) into Northenden (alongside that bright red strip of road), if you take the second left along Northenden high street, you can skim through some of the back roads and pop out in a relatively lighter area, backpassing the through-road slog. Look at the SimCity map, and it seems to work here too!

Jump ahead to the time when the real rush hour traffic starts to kick in, and that once easy going junction at Tesco is suddenly rammed with cars.

The Tesco 4-way junction after East Didsbury has been added

So what does this all prove? Is it indeed true that through-traffic coming from Didsbury and the motorway is causing the Northenden bottlenecks? And what can the council do to fix the issue?

Well... the answer is, of course, that it means absolutely nothing. This was but a mere video game experiment, and nothing here even closely resembles scientific evidence to support my theories, nor can it be used to diagnose the issues. Everything I did was hugely vague and nothing at all like real life.

That being said, this little project definitely gave me a sense for what could be accomplished with SimCity if put in the right hands. I noticed plenty of other little interesting takeaways from my hour of play, including the fact that once I'd built East Didsbury, the strip of shops in Northenden stopped making as much money as they once were, and some were even beginning to close down as my time ran out. Walk along Northenden high street, and you'll know that feeling.

For me personally, I can't wait to see what happens when the game is released, and people with real scientific experiments give it a run for its money.