How does the Bioshock 2 demonstration resemble a Scooby Doo episode? What does a Department Store have to do with scripted events? Let's see if I can convince you.
jaime kuroiwa
Blogger
May 15, 2009

After watching this clip of Bioshock 2, I've come to realize that I've become "sensitive" to scripted events, and seeing them make me a wonder how far they've come in games.

Why Do They Do It?
Scripted events are what made Half Life successful, and it's the current solution for the gameplay versus story "dilemma," but there hasn't been a change in the formula since.

Previously, games handled cutscenes through FMV, so it was jarring to play an intense battle and be interrupted by a "cinematic experience." Technology eventually allowed these cutscenes to use in-game graphics, but they were still non-interactive, and thus continued to be jarring.

The innovation behind scripted events were that they handled the dissonant nature of cutscenes -- The storyline unfolded, while you were playing.

When I was walking around in the tram in Half Life 1's opening sequence, I knew that there was something special at that moment, because it was cinematic and interactive. It was showing you, not telling you.

Fast-forward 10 years later, and we're descending in a bathysphere. Do you see a pattern here?

Boo! Did I Scare You? 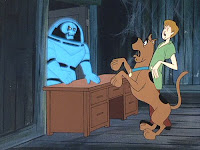 Scripted events, though useful in most story-driven games, are beginning to show signs of age. Like those off-color panels in a Scooby Doo cartoon from the 70's, gamers can see an approaching scripted event instantly, and it becomes a matter of anticipation instead of surprise.

Think of it this way:
If you've been fighting monsters for the past hour, then you walk into an empty hallway lined with windows, what do you think is going to happen? Yes, you check your ammunition and health packs, and you stay away from the windows!

What good is a surprise when you already know it's coming? The first time may be fun, but how about the second time?

The Answer's Right Down The Street
Now that I've sufficiently ticked off a bunch of game designers (and the Bioshock teams), allow me to offer a "solution." Imagine a game is like a department store.

You go to the department store, because they have everything you may need. Although the store layout shares traits with other department stores -- clothing, electronics, toys, etc. -- the experience is always different.

Scripted events in games currently is like a department store that has an unchanging stock. You'll go there because you know they have what you're looking for, but you wouldn't go back on a whim because you already know what's there.

Now You See It /Now You Don't
Am I just advocating randomization of scripted events? Yes, and no.

Yes, in that the randomization of a scripted event eliminates the expectation of that event. It could be a minor event, or it could be something pivotal. If done correctly, the event doesn't detract from the overall story. One example of this (that I can think of at the moment) is Breath of Fire: Dragon Quarter. While the game may play out like a typical RPG, the story events are "unlocked" almost randomly, even encouraging you to die in order to learn new parts to the story.

No, in that scripted events could be added and removed through an online connection to keep players interested, like a department store with changing stock. Unlike mission/add-on packs, where the user knows what to expect, scripted event downloads add a mystery to the game which may entice players to make a return visit. 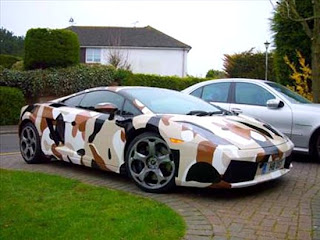 Scripted events are powerful tools in interactive storytelling, but they lack subtlety.

There's no need to eliminate them, but the artistry in their usage needs to improve if games are going to stand out from the other scripted media.