I give my initial thoughts on a pretty controversial Trophy for God of War: Ascension.
Nate Paolasso
Blogger
March 08, 2013

Before I start, let me point out that these are, very literally, my first thoughts on the topic. I am open to other points of view, and encourage them. So yeah, thanks and enjoy reading.

'Bros Before Hos.' The phrase often used to guilt a buddy into hanging in the man-cave, rather than going out to dinner with his girlfriend. To those who don't know, however, it is also the title of a Playstation 3 Trophy for God of War: Ascension. This particular trophy is awarded for brutally boot-stomping one of the Furies heads into a pulp. Apparently, it's one of the most graphic scenes in video games to-date, but with God of War, that's to be expected. GoW has always had this sense of grandeur, of epicness, of violence. But this one trophy, three simple words and a ding, awarded for committing an act of violence, pushed it over the edge for many people and loyal fans. I'm hear to share my immediate thoughts on the topic, and explain why, for me, it didn't cross the proverbial line.

Pure misogyny is probably the first phrase that comes to peoples' minds when they see this trophy or read about it. The simple, albeit brutal, act of bashing the Furies head in was completely transformed when the player saw the title of the trophy, into something nasty and evil. No longer were they simply killing a fictional beast, but they were murdering a woman. And not only were they murdering a woman, they were being rewarded for it with a ill-titled trophy. I'm sure a lot of people put the game down right then and there, just too appalled to continue. 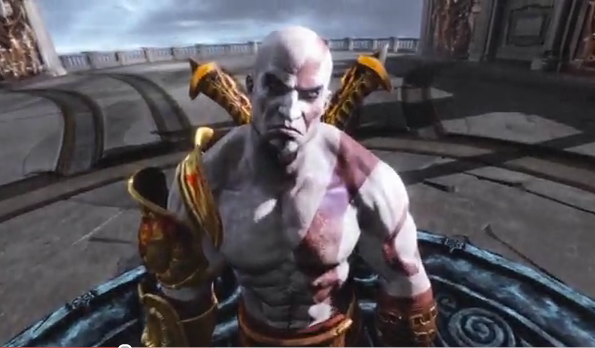 What upsets me, however, isn't the gore for which the trophy is awarded, or even the title of the trophy. It makes me sick that so many people can be so hypocritical of what just happened when they got the trophy. Like all of the people playing it have never said anything that bashed someone in one way or another. It begs the question of how people would have reacted if that trophy would not have been in place. Would people still be appalled? Because obviously the tone changed immediately for people when they saw the title of the trophy, and not for the better. Would they still have ranted about how wrong the scene was? Getting a poorly titled trophy, seemingly, made everyone realize just how brutal and violent GoW can be. Why are they just now becoming concerned with what they see and do in a GoW title? In God of War 3, Kratos snaps Hera's neck like a twig and the Internet didn't explode over it. And finally, why is the phrase, 'Bros Before Hos,' cutting so deep, when most people have used it jokingly in regular conversation? It's a stretch, but maybe it's possible that Santa Monica Studios was also using it jokingly.

Now, I'm not condoning misogynistic behavior in the slightest. Woman are obviously equal to men and, often times, they surpass men. But I think people and gamers alike are taking this trophy a little too seriously. Yes, it is awarded right after the death of a woman. And yes it has a title that could be interpreted as woman-bashing and hateful. I think that gamers shouldn't take the news of this trophy as hurtful or wrongful, but simply as a game studio using a popular phrase as a joke. Now, if a person playing this game is upset with the content for which the trophy was given, I completely understand and they have the right to be upset (although, GoW is sort of know for violent content). But, honestly, if a gamer is only disgusted with the content after the trophy was awarded, then they should come down off their pedestal and be a little more reasonable. Everything is taken in context and people who are desperately looking for misogynistic behavior are, more than likely, going to find it.