On psycho-graphic profiling and the longevity of Diablo III.
Svein-Gunnar Johansen
Blogger
September 02, 2012

This article was originally posted on: Games are Awesomez 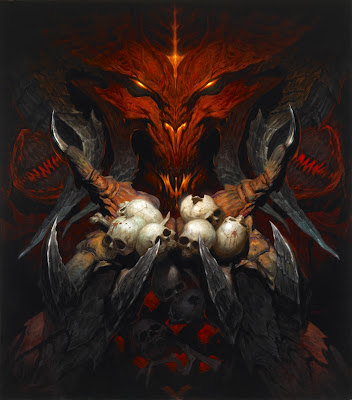 12 years have passed since the previous chapter in the Diablo saga, and for most of that time the franchise has had a dedicated player-base. Will Diablo III have a lifespan as long as its predecessors? In its current form, not very likely.

In order to explain why, I must introduce you to the three player arch-types of Magic: The Gathering: "Timmy", "Johnny" and "Spike". You can read an article about these guys HERE, but the short version is:

For years, Wizards of the Coast R&D have done psycho-graphic profiling on players of their collectible card games. From this profiling they were able to come up with characteristics of three player arch-types:

Timmy (The Power Gamer): Timmy wants to be bigger, stronger and tougher than his opponent. Timmy is not concerned about winning all the time, but if once in a while he wins big, Timmy has fun.

Johnny (The Creative Gamer): For Johnny playing is a form of self-expression, and winning is not as important as being able to play on his own terms. Thinking about ways to play the game is often more fun for Johnny than actually playing.

Spike (The Tournament Player): Spike has fun when he wins. He is not particular about whether he wins by his own devices or some strategy he read on the Internet. If something gives him an edge and it's allowed, he will use it. Spike looks for efficiency and consistency.

So how does all of this psycho-graphic mumbo-jumbo relate to Diablo? Few players fit neatly into just one of these arch-types, but most players have aspects of each, corresponding to what appeals to them in a game. One of the tricks to making good game content is to target all three arch-types.

One of the primary changes in Diablo III compared to earlier iterations in the series, is that the relationship between attributes and combat performance has been greatly streamlined. All the classes in Diablo III deal damage based on just one attribute: Strength for Barbarian, Intelligence for Wizard and Witch-doctor and Dexterity for Monk and Demon Hunter. You can improve these attributes by leveling up and by equipping gear.

This makes it real simple to pick the game up and start playing, as all you really have to think about is stacking as much of the relevant attribute as possible, and you will decimate what the game throws at you. This is an approach that in theory enables "Timmy" to have a lot of fun.

The flip-side of this simplicity, is that there is nothing to gain from having more than one of the above attributes on any piece of gear (a scenario which due to random gear generation occurs quite often). This annoys "Spike" to no end, as he would rather have something marginally useful in place of that attribute that does nothing.

Fortunately there is a solution for "Spike": The Auction House, where players can trade gear for either in-game gold or real money. In the auction house "Spike" can buy gear with exactly the attributes he is looking for, and finds that he can usually get better stuff there than he can find in the game. It is efficient, and "Spike" is happy.

There is however little glory in dominating the auction house. When "Timmy" gets to the point where he needs better gear than he is finding in game (usually, this occurs shortly after finishing "Normal" difficulty), he will discover that the best and sometimes only way to feed his need is to resort to said auction house. At this point "Timmy" will sometimes turn into "Spike", but more often than not it just turns him off the game entirely.

With "Johnny" it's even worse. Once he figures out that there is only one efficient way to improve his game, he has no creative outlet. And this is the tragedy of Diablo III's current game design: "Johnny" players are the ones that are likely to stick with a game for the long haul, as long as there are combos, tricks and builds that can be discovered or tweaked. If only Diablo III had more ways to win, "Johnny" would likely applaud the Auction House as a facilitator for getting just the right gear to implement his creative plans. Instead he becomes bored.

To sum up: "Timmy" leaves the game when it gets so hard that he has to resort to the auction house to stay competitive. "Johnny" is likely to lose interest even earlier, because of the limited possibilities for creating unique characters. What is left are "Spike" players, who will grind it through to the level cap and the end of the hardest difficulty setting. After that, they will have nothing more to conquer. However "Spike" players, being ruthlessly efficient, tend to grind through to this stage in record time.

PS: It would appear the developers of Diablo III have come to the same conclusion. In patch 1.0.4 they introduced the Paragon System which is basically another 100 levels of attribute increases on top of the existing 60 regular levels. Yey, for keeping "Spike" occupied for another year :P