The Walking Dead vs Heavy Rain

I feel that these two games are very similar in the way they intend to involve the player in the plot. But they are interestingly different in the way these intentions are implemented in-game.
Frederic Fourcade
Blogger
August 30, 2014 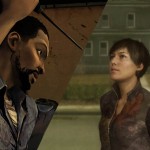 After having completed The Walking Dead: Season 1, the comparison with Heavy Rain instantly came to my mind. Both games are very similar in the way they deal with death, moral choices and story evolution. But they have different qualities, and I wanted to state what was right and wrong about both games. 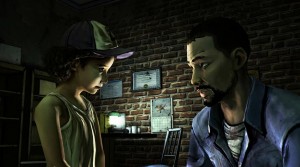 These two games are really story-driven, therefore my opinion about these different appreciations of them is that The Walking Dead has a more hardcore-gamers compliant story than Heavy Rain : Zombies, survival, realistic human relationship and behaviors, suspens, climax. It is really written like a TV show (which it actually also is), the kind of product very popular nowadays. On the other hand, Heavy Rain's story talks about the trauma of a father who has lost his two sons (one died before his eyes, the other one went missing). As a father, I think I had the right background to appreciate this game, but it's certainly not the case for a high percentage of players. So, this is a huge difference, even if we could (and we would be right) argue that a really good game (or movie, or book), from an artistic point of view, should not have any requirement to be appreciated. This is a big difference in the construction of the story : The Walking Dead starts with a lonely guy who decides to take care of a lonely girl, their relationship being constructed slowly through the ten or fifteen hours of the game (by making choices about her life, like a father would do while educating his child); while in Heavy Rain, the relationship between the father and his sons is only constructed through a one or two hours prologue, where you can experience an already existing relationship between them. 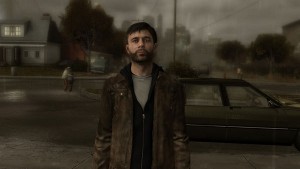 In both games, the pressure comes mostly from the fear of losing the player's "child", but the fear can only exist if the player feels the strength of this bound. In Heavy Rain, we have not much time to feel this bound, hence the requirement of being a parent to fully appreciate the experience, while in The Walking Dead, the game is all about taking care of Clementine, and the construction of her relationship with the player. Generally speaking, it is more difficult to immerse yourself as a player in an avatar that already have a background that matters in-game (unless you chose it to fit your likings), than starting playing with an avatar with no or useless background (as it is for most games). Heavy Rain failed to give non-parent players the feeling of being one, and all the fear of losing their virtual child, while The Walking Dead did it wonderfully (I wonder how a girl would appreciate the game though). 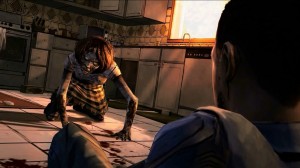 The second aspect that is very similar is the way of treating moral choices. Few games have given such hard times to make choices as these two games. In The Walking Dead, 90% of the gameplay is about making choices in a limited time, knowing that these choices can influence the following of the story. There have been moments where I regretted my choices a little time after making them. I was thinking about them even when not playing, and that is for me the sign of a great game. 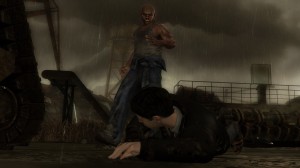 In Heavy Rain, there have been a few moments where I took a long time before making the decision (at least it felt long as I was stuck on my couch, trying to make a choice). This was the case when you are told to kill a man you don't know, just to receive another clue on where your son is hidden. The game gives you a lot of time to make your decision, by moving the scene from room to room, until the guy, begging you, is on the floor, at your mercy. A few minutes were already gone by then, and I still couldn't decide what to do. I stayed there what felt like an eternity, and I finally left him alive. In the end, I regretted it because I didn't have enough clues to find the right place, but managed to save the boy with another character. I still think about this scene with great pleasure, as it was one of the most memorable moment I have ever had in video games. This is exactly why video games are a unique and powerful art form, as you are given the power of making this kind of decision.

We've just seen how The Walking Dead did a lot better than Heavy Rain regarding story and how it immerses the player into his avatar. Most of The Walking Dead gameplay is done through limited-time choices, influencing the following on short- or long-term. Heavy Rain does the same, but rather through actions (via QTE) than through dialogue. 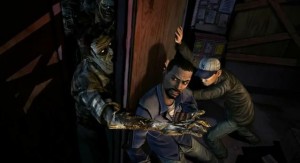 But there's a huge flaw in The Walking Dead's gameplay when comparing to Heavy Rain. Actually, 99% of games have this same flaw, and that's what makes Heavy Rain so good in my opinion: permanent death. When you are playing The Walking Dead and have that many important choices to make in a limited time, with no coming back (if you happen to regret your choice), I feel it's a real shame that dying just makes you redo the scene again and again until you finally succeed. It's inconsistent and makes these scenes absolutely useless once you die and realize your character is immortal in this world where everybody lives on the razor's edge and is close to dying at every step. I think that designers shouldn't have given opportunities to die at all, or even better, would have made this death permanent and make it change the rest of the story. 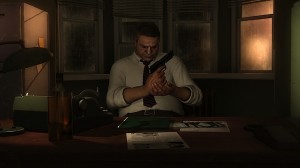 That's exactly what Heavy Rain does so well. When you know that your actions and mistakes are irreversible and can kill the characters, you feel a real pressure to make the right action quickly but not hastily; and you're really happy when your character makes it alive. Of course this is only possible when you have several playable characters (like in XCOM, Suikoden or Heavy Rain), or a believable twist of scenario that gives it credibility (like in Demon's Soul). Since you have only one playable character in The Walking Dead (there are four in Heavy Rain, if you have not played it), it would have been hard to achieve.

In the end, The Walking Dead would have been an amazing game if it had allowed Lee's death and managed to include it in the story. But since all the story was about creating a father-child relationship with Clementine, the death of one of the two would have ruined the experience. From this point of view, it would have been better to avoid these useless scenes where Lee can die. On the other hand, Heavy Rain had failed to create the father-son relationship (which is the basis of all the story), maybe because setting it in the intro was too short to create such a complex relationship (that's why it helps the player to be a parent himself).

If you want to read more articles about video game as a proper art form, please visit my blog gameasart.net
Console
Get daily news, dev blogs, and stories from Game Developer straight to your inbox
Subscribe