Exploring the benefits of making smaller, high-quality games within a hyper-condensed timeframe and accepting failure as a possibility with every project.
Nathan Meunier
Blogger
December 21, 2016 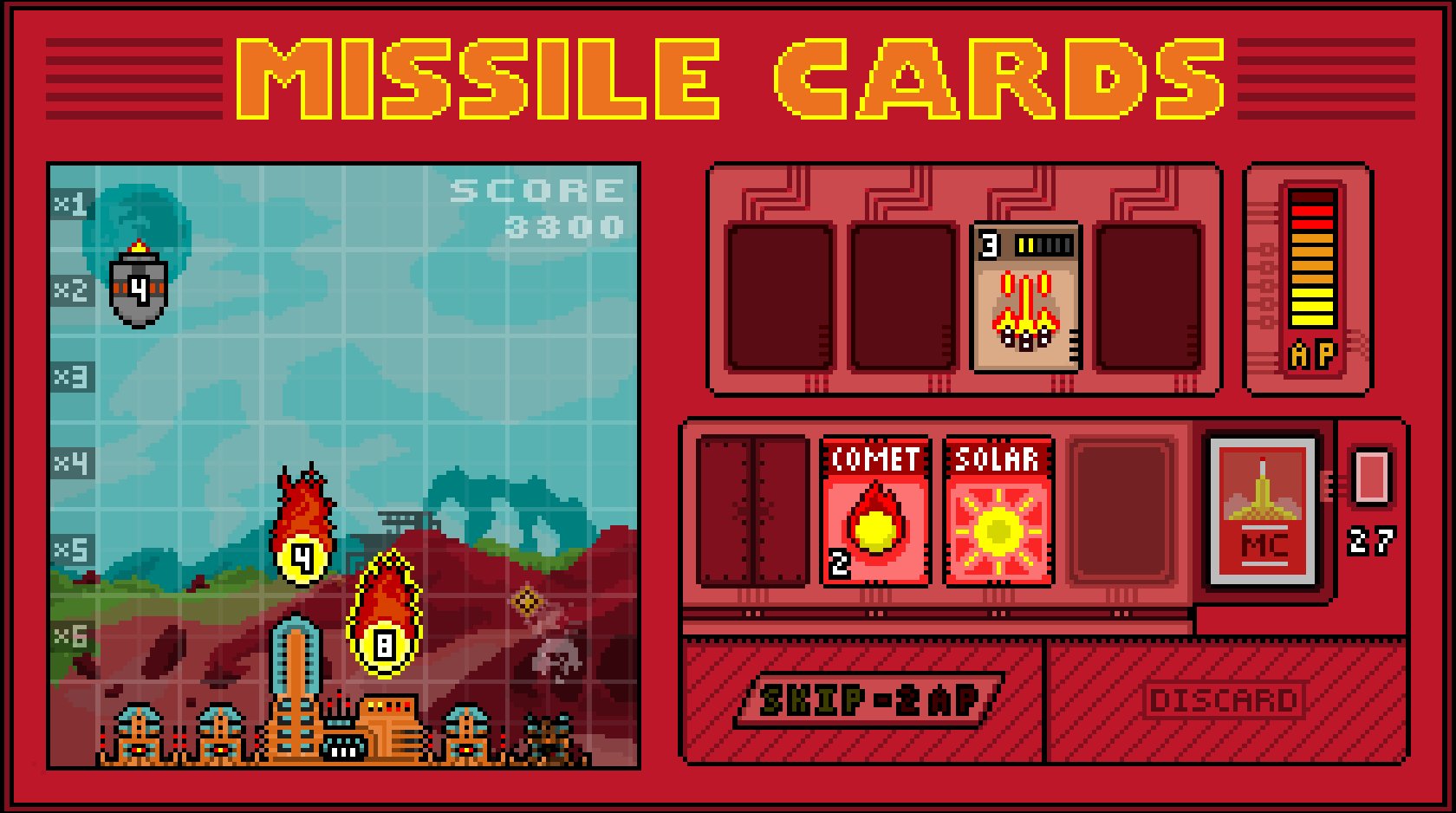 Embracing failure might be one of the most invaluable learning experiences you can pick up as a game developer or creative professional. When you train yourself to expect failure, and tighten your dev cycle routine into a hyper-efficient beast to account for it, it lets you rebound fast and minimize the risk if and when your next project spins out into a catastrophic dud.

Look, I’ve been there. The first commercial game I ever released took 1.5 years to make, and it tanked right out of the starting gates. That was a harsh lesson — one that I, like a lot of newbie indie developers, learned the super crappy hard way. If I wasn’t bootstrapping gamedev on the side while freelancing full-time to make ends meet, that might have been the end of things. This of course wasn’t my first failure, and it won’t be my last, but it underscores one very important point:

If you’re going to crash and burn, it’s better to do it fast, learning what you can from it, and move on to the next thing. Anything you can do to create that awesome game you’re aiming for while cutting down on the time and resources it takes to get it across the finish line is vital in today’s ever-shifting landscape. This is especially true for budding entrepreneurs and indie developers.

Consider this: what if the game you’re working on right now fails to find success. No matter how bullet-proof you think your game is, that’s a distinct possibility for any project. Aside from obviously sucking, imagine how much worse that potential failure would feel if you multiplied the amount of time, money, and energy you put into creating it by double, triple, or even more.

AIMING FOR SUCCESS, PLANNING FOR FAILURE

I cringe when I read about other small indie developers who have been working on their games for upwards of 4-5 years. With so many games in the market, having a good game isn’t always enough. It doesn’t matter how cool your project is, there are just so many crazy factors that weigh on whether or not it’ll thrive of choke: release timing, your choice of niche, your game’s art style, platform trends, the strength of the market, the direction the wind is blowing on any given moment…you name it.

Whether you’re bootstrapping it or you’ve got an established studio with budget and resources to burn, putting too much stock on any single project is dangerous. And putting too much time into any single project is dangerous, too…unless you’ve got a proven hit on your hands and a well-established fan base that’s salivating for whatever your next thing is. OR unless you’ve had a critical success or two and have gobs of money to sustain you for years to come.

For most of us, that’s not the reality. So what’s the trick?

As anyone who’s made or played games before probably knows, throwing tons of time and money into a thing doesn’t inherently make it a better experience. All that does is up the stakes and the risk if a project happens to fail. That’s where the benefit of making smaller, high-quality games within a hyper-condensed timeframe becomes incredibly valuable.

Everyone has long-term, bigger-picture projects on the slow burn, but imagine what it might feel like to create a successful project in half of the time it took you to finish and launch your last game. If you’re a small team or solo developer, that’s probably very doable.

Scope creep is a very real, omnipresent facet of gamedev life. There’s ALWAYS more you could add to your game, whether that’s content, gameplay mechanics, art polish, or whatever. It’s easy to let small decisions early on in your design process cause a ripple effect that bloats the size and scope of your project far beyond what you initially envisioned. Most of us don’t recognize the signs that we’re spiraling out of control until it’s too late. Hence the reason that so many games that get started never even make it to launch.

There are lots of different ways to combat this magnetic pull that tugs at the minds of creative folks, but the best way to avoid this dangerous rabbit hole is to set very specific, very tight constraints for your project.

In essence, if you can pare your game idea down to something that can be made in a month or two, why not do it?

Set a tight deadline, rapidly prototype, and then push hard to create a minimum viable product in that hyper-condensed timeframe. You can always add more content and polish it further down the road, but getting your game to the point where it’s tight, playable, and fun as quickly as possible is key–then do what you need to finish it ASAP. Constraint often spurs creativity, yet setting limitations and sticking to them also helps you avoid “hey, what if we just add x, y, and z” syndrome.

Making smaller games lets you minimize risk with a shorter dev cycle, allows you more creative freedom to try ideas that might not be an obvious home run, and can be very freeing.

Let’s be honest: after the first month or so, the initial thrill and momentum of a project typically starts to fizzle and the slow, grindy march to the finish line sets in. If you can avoid that mushy middle altogether, why not save yourself the hassle?

Let’s look at a real-world example.

Case-in-point: Missile Cards is a game I’ve been mulling over my head for a while. It’s a Missile Command-inspired base defense game, only I’ve re-imagined it as a turn-based strategy card game. A bit weird, super niche, and a perfect fit for a short, fast, intense game project.

I started making it in mid November, after coming off a crazy intense two month freelance gig. Basically, I needed a bit of a break from my other larger game projects to clear my head. So I got to work. My rough goal: prototype, test, and finish the game by the end of 2017 and be ready to launch it on Steam in January (if I can make it through Greenlight).

Missile Cards’ turn-based gameplay has you playing through a deck of cards stocked with defenses, special abilities, and hazards. You spend AP that slowly accumulates each turn to play your defense cards and abilities to slots, where they charge up over time until you can use them. The cards shuffle in from left to right through a cool conveyor belt system that moves them to the next slot.

In just about a month of very part-time development (I had other freelance work all-the-while), I’ve finished and polished most of the core game, and I’m now in the home stretch of development. I could have gone crazy with tons of content, but to keep things in scope I opted to limit the number of levels in the game, and make each “base” level a pretty meaty and challenging experience, then weave in achievement-like missions to aim for across multiple plays.

Each base has its own unique visual style and it’s own modified deck of cards you have to play with–including special hazards and new defense to use. I’ve set the challenge bar pretty high for each base, with a trio of mission goals that need to be completed to unlock the next base and another trio of bonus missions that unlock across all bases once you’ve beaten the game. In addition to the unique play style of each base’s deck, I’ve added special power-up cards you can unlock and swap in or out to modify your deck on a given run.

For me, it’s a low risk game that’s been a lot of fun to make, and even after hundreds of test matches, I’m still having a blast playing it — always a good sign, since I tend to hate most of my games by the time I finish them. Still, it’s a quirky idea that’s admittedly pretty niche, so the fact the entire project will have ultimately taken about two months start to finish from concept to launch is vital.

I’m really hoping the game does well, and the shortened dev cycle really helps lowers the threshold needed to make the game a financial success. And if it fails entirely, at least it won’t have cost me years of my life. That’s a good thing…because:

Missile Cards is currently struggling on Steam Greenlight, where it’s received a pretty abysmal 29% yes vote ratio — far less than even my other admittedly niche projects. I have my suspicions for why that might be, but I’ll save them for a future postmortem. The upside is people who have voted and commented seem pretty enthusiastic about it, so that’s encouraging.

Either way, I’d really appreciate your YES votes if the game looks like something you’d be interested in playing! Every vote helps. And if you feel inclined to spread the word, even better!

Getting Missile Cards on Steam is going to be a bigger hurdle than creating the game itself at this point, but even if it sells a meager number of copies at launch, that’s still a big win–and that’s the magic of making small, high-quality games on a tight timeframe.

If there’s anything the last few years have taught me, it’s that you don’t need a large team, a large budget, and massive amounts of time to make a good game. And even if you have all of that, there’s no guarantee in today’s games industry climate that your game will sell. A great game isn’t enough anymore, which makes doing anything you can to minimize your risk critical if you want to survive to make your next game.