The Story of the Story 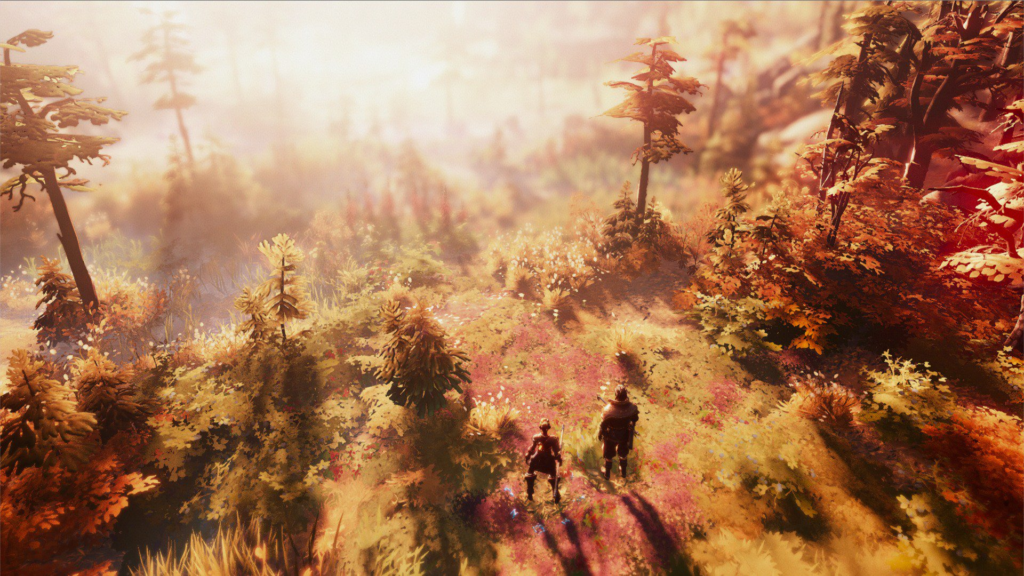 SOME WORDS FROM THE WRITER

The development of Iron Danger is proceeding in an equal combination of fits and starts on the one hand, and leaps and bounds on the other. From the writer’s point of view, it’s an interesting time, as story beats and dialogue written months ago are finally seeing the light of the screen. All the while, I’m going back to those earlier pieces of writing, updating them to conform to changes in the game’s mechanics, level design, characters, enemy roster, and so on: the script is constantly in flux. This is an interesting aspect of game writing: nothing is set in stone before the game is actually finished and shipped, but then again, without a solid script, there’s no way to make progress on the actual levels in such a story-driven game. So I though this week we could have a look at the process of writing the story that we started building our actual levels on.

IT STARTS WITH A SECRET INGREDIENT

When I first started working on Iron Danger, I talked with our lead designer about the story, and he gave me the kernel of it. He had been planning the game for a while, and wanted the story to have real emotional resonance, not just one event after another. His insight was that to guide our writing and design in a direction that would produce that resonance, the story should have an underlying metaphorical level: we should treat the story as an allegory of an inherently resonating core metaphor, like a symbolist painting or poem. I thought that was a brilliant approach, and we agreed immediately to construct the story on his core metaphor. We would not make the core metaphor explicit, but its dynamics would provide us with a foundation, on which to construct a coherent story and game experience. The events of the game and the supporting characters, seen from the point of view of our heroine, would symbolize experiences and forces, respectively, relating to this core metaphor.* What a kooky, romantic way to write a game! 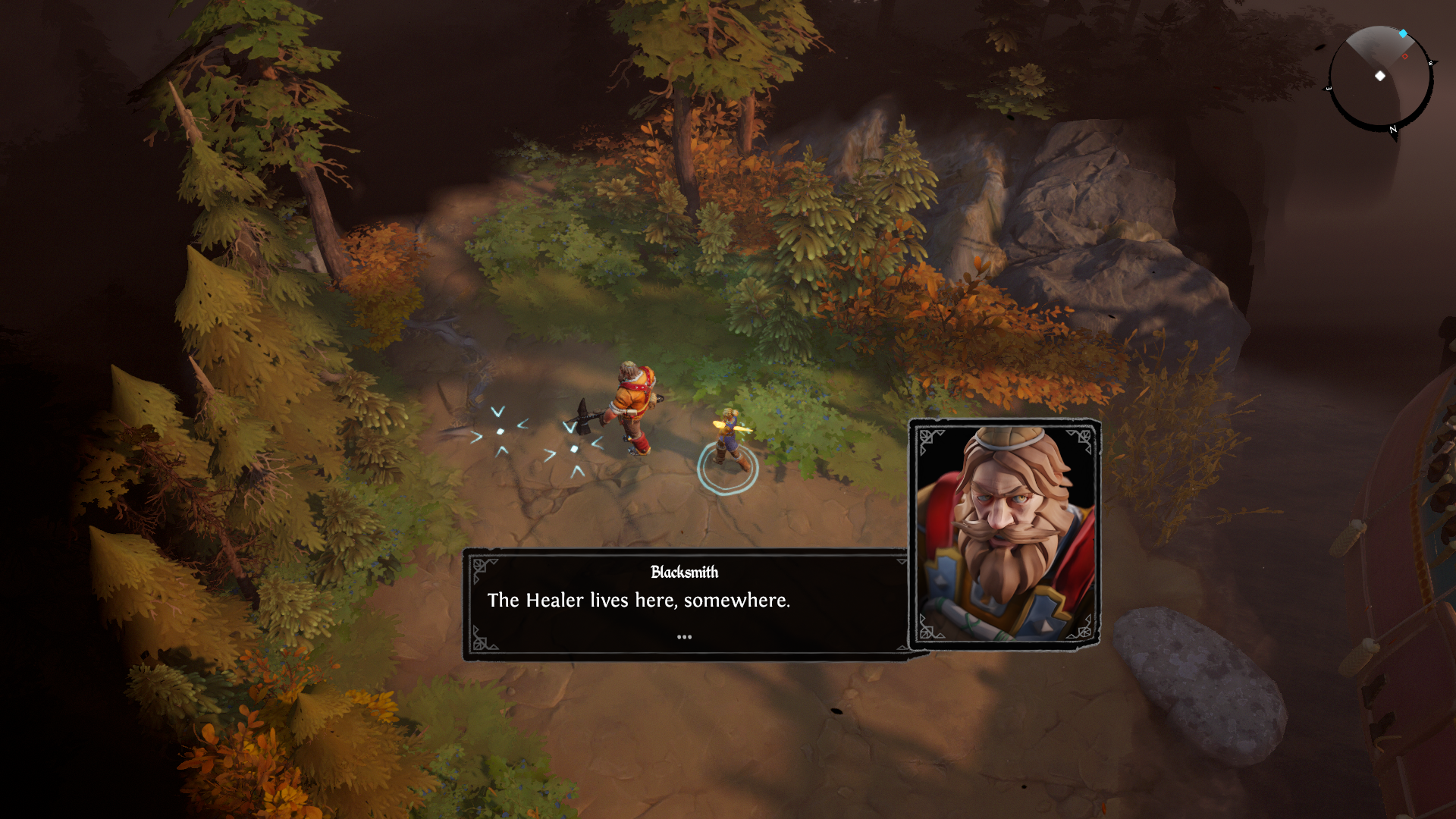 The core metaphor provides us with an idea. But ideas are cheap, as any writer will go out of their way to tell you. So, the next step was to turn that idea into the outline of a story. For this purpose, I wrote up a sequence of major events over the course of the game, in a table with one column for gameplay events, and a second one for the underlying meta-level meaning. This table went through a number of revisions, until I was happy with the logic and structure of both sides. The meta-level was instrumental in making the surface-level story work: whenever I was in doubt about an event, or some element seemed off, I looked at the meta-level meaning, and used the logic of that side to figure out how to fix the surface-level problem.

When I was happy with my table, I turned it into a 3-page prose synopsis, divided into chapters. We dug into this synopsis with the lead designer and other members of the team, seeing how it could be improved, and translating it into an idea of the kinds of game content we would need. If I had invented a character or a place, someone was going to have to turn that into a game asset, after all. And if I had written an event, say “Kipuna collapses from pain”, that implied another entry on our coders’ and animators’ checklists. Based on such considerations, we moved some of the characters and events around, fusing or removing extraneous ones, and tightening the whole skein a notch. Throughout it all, we kept the meta-level story in mind, to make sure we didn’t lose sight of the emotional core of the game.

Once we had a good story synopsis, it was time to further refine that into a list of actual scenes. We think of movies consisting of scenes, but games, of course, are made of levels. Right? Well, the approach we took was that from the story point of view, a level would consist of one or more gameplay scenes, interspersed by shorter, story-focused scenes that would just advance the narrative instead of serving up actual gameplay.

I went through the prose outline, splitting it up into scene-sized chunks. These I labeled either cutscenes, in which the player would more or less passively watch a short presentation of information, gameplay scenes, the meat and potatoes of actually running around, fighting enemies, and solving puzzles, and finally, interactive cutscenes in which the player would control the main character in exactly the same way as in core gameplay, but with the focus on dialogue. These were further arranged into levels, sequences of scenes that would carry from one to the next seamlessly, each level separated from the next by a cut implying the passing of time.

The spreadsheet containing all this became one of our main tools for managing the production, with required assets listed for each scene, and each one assigned to a specific level designer. Although we all collaborate on each other’s levels, one person finally bears the responsibility of bringing the level to completion and making sure it hangs together. (Yes, I’m one of the level designers too, as are the lead designer, the producer, and the lead concept artist; nobody wears just one hat in our team.)

Of course, no big project—even a moderately big one like ours—proceeds from point A to B in a straight line. Time and time again, I find myself going back to the story outline with revisions, and small changes to our level spreadsheet are always ongoing. That’s how it should be, too! A game isn’t a piece of writing, and its story isn’t told when it’s written down: it’s only when we’re actually playing what we’ve built that we can figure out what really works and what doesn’t, and so we jump back frequently and make the changes to the story that our experience with the game, half-finished as it is, tells us are needed. I’ll write another post about that, later! Now, I’ve got to fix some dialogue to take out references to an enemy we replaced with another one… 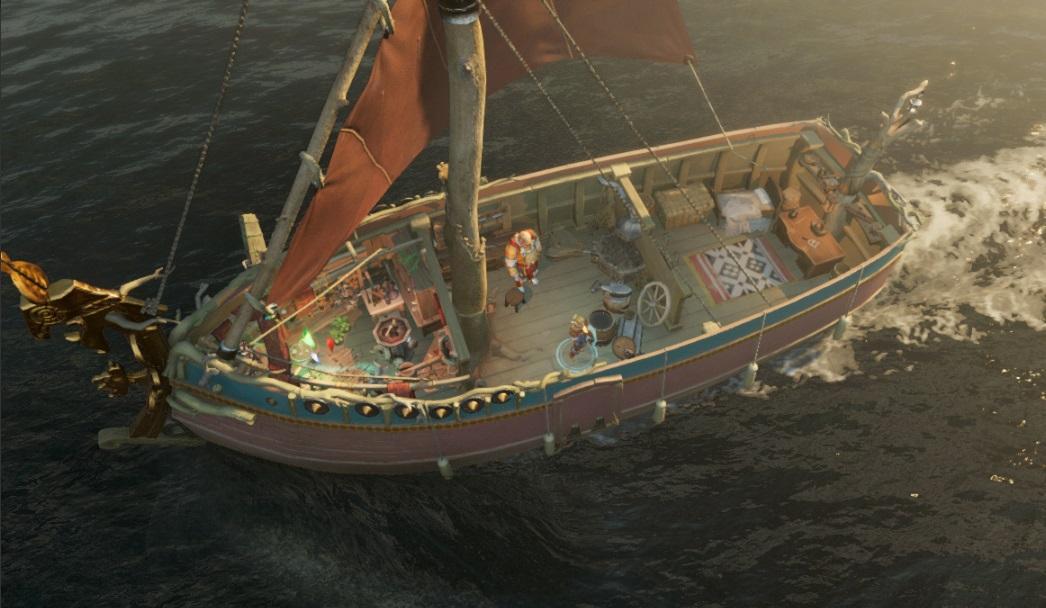 *So… what is the core metaphor? It doesn’t matter. If we’ve succeeded, the story will be entertaining and evocative, and if not, knowing would in no improve it. It’s nothing unique—on the contrary, it’s almost universal—and once you know it’s there, you can probably guess when you’ve played the game, if we’ve done our jobs right.