The paradox of the open-world game vs. Alan Wake

With the skyrocketing popularity of open-world games, there's been a huge backlash from the games-as-art community. From Grand Theft Auto to Mass Effect to Skyrim, it seems every big-budget single-player release from a Western studio the past few years has been required to feature an open sandbox world in which players may frolic. 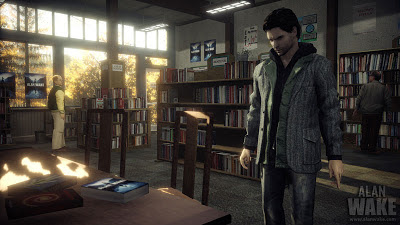 These games bear the "Jack of all trades, master of none" burden. With massive gameworlds to render, developers have a tough time weaving a tight narrative.

When players can go wherever they want, it's hard to make them go where the game's creators want them to go. Are open worlds the death of the big-budget videogame storyline?

The remedy may lie in Remedy Entertainment's Alan Wake. The 2010 release by the Finnish studio was originally meant to be an open-world title. The game's writer Sam Lake illustrates:

"Early on we tried out sandbox elements. With them we were constantly running into situations where we had to [endure] big compromises in our thriller pacing and our thriller storytelling. At the end of they day we decided it wasn't worth it. We wanted to do a story-driven game--that's what we feel Remedy games are supposed to be. [Sandbox] was one thing we decided to abandon and go in a different direction. Some of these things look good on paper, and then when you try them out they don't work as well."

But Alan Wake didn't totally abandon its open-world roots. When exploring the game's Twin Peaks-inspired town of Bright Falls, the player is afforded much more freedom than in most story-driven titles.

Players can enter random buildings, listen to minor characters have trivial conversations for extended periods of time, and drive a surprisingly large assortment of vehicles. None of these things are make-or-break features in Alan Wake, but they add to its atmosphere. 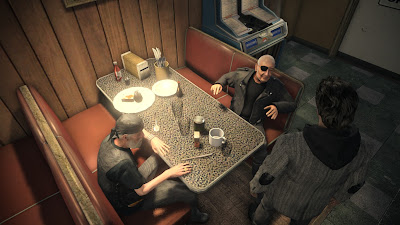 Narrative-focused games often force players down linear corridors that don't quite ring true as real-life locations--I love Half-Life, but when most of the game's "doors" are simply impassable wall textures, it breaks my immersion in the game.

Alan Wake, on the other hand, features a limited open world that makes Bright Falls and its citizens entirely believable. Players can't do anything they want like they could in true sandbox titles like Red Dead Redemption, but this slightly expanded linear world breathes extra life into the game without sacrificing the game's tight plot. It's a fine balance, but Remedy got it right with this one.

Perhaps games don't need to be polarized into being either completely linear or completely open-world. Alan Wake borrows the best of both and uses them to its advantage.

[Also published on my personal blog, A Capital Wasteland]