World of Warcraft: The Burning Crusade is showing all the weaknesses of keeping the game design identical after 14 years. Players have adapted to better exploit the systems, and savvy veterans are creating late stage capitalism without limits.
Grant Tabler
Blogger
July 06, 2021

World of Warcraft Classic: The Burning Crusade, attempts to recreate a period in WoW’s history that is long long gone, and so too are the player behaviours that contextualized the expansion’s design decisions. This has presented some problems in the balance of the game’s virtual economy and labour market.

In the original iteration of “Vanilla” World of Warcraft over 15 years ago, players were not as judicious about manipulating the game’s mechanics in order to stockpile gold for some future release because they had no idea what those gold sinks would be or their costs. So, when players were allowed to bring their gold forward from Vanilla to The Burning Crusade, the prices of flight training (800 gold), a flying mount (100 gold) and then both epic flight training (5000 gold) and an epic flying mount (200 gold) were much more significant hurdles than they are in Classic WoW.

These sinks were meant to make it hard for players to immediately zip around the new world snatching up gathering nodes while avoiding all the NPCs that roamed the world. At the start players would have to run around on the ground and fight NPCs, and later could get a flying mount to avoid them. However, the first flying mount (900 gold) would only allow them to move at a 60% bonus over running, this is slower than their current fastest ground mounts (100% bonus movement speed over running). This means players without flyers are incentivized to get one, but still have some chance against them.

When players eventually earn the gold to get the faster flight speed (5200 gold after the original 900 gold) they are supposed to be far enough into the expansion to justify now rushing around picking things up with ease. The problem that arises with Classic TBC is that players knew this gold sink was coming and stockpiled gold in Classic WoW so they could buy this outright.

To show why this is a problem I will resort to using math.

From Stage Coach to Aircraft

Players in WoW move at 7 map units per second. In game this is communicated as yards in US clients and Meters in places that use Meters, (But it’s a game engine so the units aren’t literal yards or meters, just an approximation)

Here are the speed increases players get through the game:

If we pretend (as the game client does) that 1 map unit = 1 meter, then we can say players…

So as we see, flying level 2 isn’t just a small increase over flying level 1 like Ground 2 is over Ground 1, it’s more than twice as fast.

This makes sense, it gives an incentive for players to work towards it, and takes a lot of gold out of the player economy and gives it to an NPC. However, if players have been stockpiling gold in World of Warcraft Classic in anticipation of these costs we run into the economic issues that arose during the launch of Classic TBC recently.

The playerbase of WoW TBC Classic is made up of.. 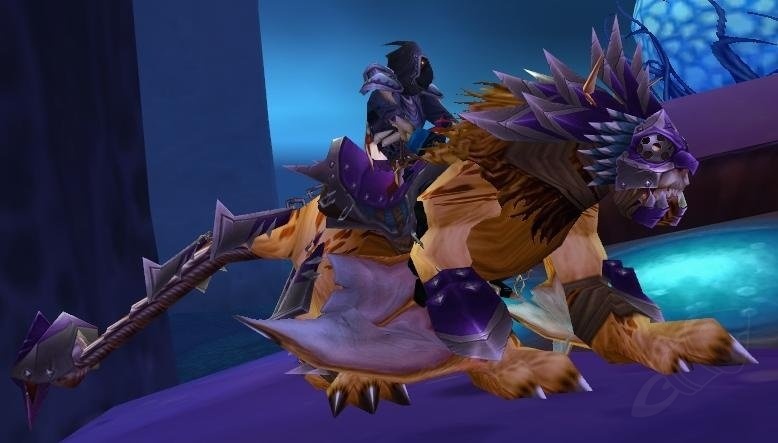 a) Players who played WoW Classic and 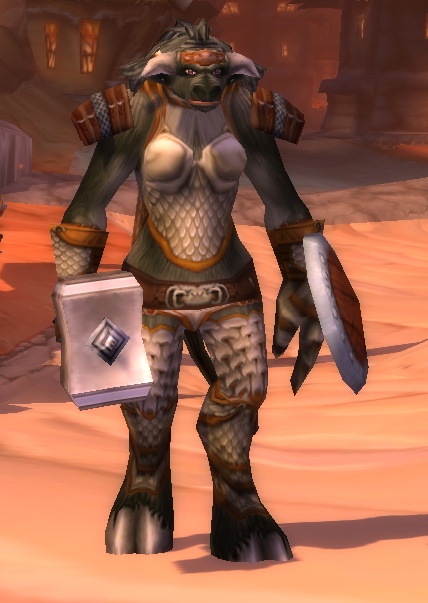 b) New players with nothing brought over from WoW Classic.

For players in group B, this gold sink and flight pricing is exactly the sort of hurdle it was designed to be, something that will take them weeks or months to overcome.

For players in group A however, many are bringing so much gold forwards (in anticipation of flight costs that 2007 players wouldn’t have known about), that this hurdle is completely avoided leading to the following situation:

Players in both groups must compete for gathering nodes (metal ore veins, plants to harvest for potions) these nodes are ‘first come, first served’ and only 1 player gets each. If you can fly, you can avoid fighting NPCs on the way to these nodes, giving you a reason to hinder your movement speed below max ground speed.

If you can fly faster you can avoid NPCs and move more than twice as fast as other flyers or ground mounted players and circumnavigate the area twice before the other player can finish it once, snapping up all the gathering nodes very quickly and denying them from other players.

This gets worse when we consider the impacts on the economy. Players who can snap up these materials more efficiently and in larger quantities can advance their professions faster, and limit competition from other players. This gives them the ability to turn raw materials into more valuable crafted goods sooner, growing their wealth even more.

We can see how having tremendous amounts of gold coming into the expansion creates a “Rich get Richer” situation where players with a stockpile of gold are heavily favoured over new players, and not just by 25% movement like in Vanilla, but instead     137.5%. (Figure 2)

The resulting situation is exactly what one would expect. At the start, the wealthy group snaps up resources, while those without gold (and with the looming ‘debt’ of a future flying mount) must sell much of what they manage to harvest in order to earn enough gold to compete. Those already ahead (with flying 2) can use their materials to advance their professions faster and change these raw materials into goods other players need, catapulting their wealth further.

Soon we come to the ultimate result: those without gold use their time doing manual labour to harvest ore, selling it at raw value for minimal gains (since harvesting is so accessible raw materials will trend down in value) while those with gold can buy that material up and craft more valuable items from them, using their economic status to keep growing their wealth while no longer having to do the time-consuming manual labour.

Put another way, imagine you’re in a city-wide scavenger hunt. You are given the choice of a golf cart or your best attempts at parkour… the other team is given a helicopter. In some versions of this situation (PvP servers) these wealthy players are also able to use that wealth to acquire better (crafted) equipment faster and will use it to hunt you down to stop you when you find resources first.

As a person who played on a maximum population pvp server in both Vanilla WoW and Burning Crusade, I can say with confidence that this sort of gold sink skipping with established stockpiles was nowhere near as rampant as it is now. Partially because players didn’t have an incentive to save this much gold, partly because far fewer players raided and had end game equipment to use in order to skip ahead that quickly, and because many players just weren’t as good at optimizing these strategies back then (whether due to less sophisticated knowledge bases or less time practicing strategies since honed on private servers).

In short, by keeping all the mechanics, systems, and costs “Faithful” to the original Burning Crusade launch and letting established players bring tremendous stockpiles of gold forwards, Blizzard failed to foresee the long term consequences of new player behaviours on their in game economies as a result of “Old Money” having the economic power to oppress and dominate new players. The rich could skip over the sinks and boundaries put in place to keep things fair, and take advantage of overly generous final incentives (flight speed bonus going from 25% increase to 137% increase) to crush competition.

In the end, while the game has been kept the same, player behaviour has had over a decade to evolve and optimize around its easily exploitable mechanics. Ironically, in their pursuit of preserving the original experience (by keeping the game identical) Blizzard has created a situation where the economy and power balance is wildly skewed by this failure to adapt -- making the “same experience” impossible. This time, unlike in 2007, when players came to Outland, Illidan was no longer correct in saying “You are not prepared”.

P.S. - This economic impact is much less exaggerated on lower population servers where there are more times of day when said poorer players are able to gather resources to gain economic advantage. Therefore, another design solution that could have happened without limiting what players bring across would be reducing the maximum number of players on servers.

This could be done by either facilitating more free character transfers or (even less invasively) bringing in large scale phasing or sharding techniques used in the past to slim the number of players in a given instance of the world at a time per server on higher population servers. While this is done to some degree, it was not used at a large enough scale to combat the problems listed above based on my research.

With this method, Blizzard could have avoided these issues without angering the community over “Changing the experience” to adapt to new player behaviours and gold stockpiles.

P.P.S. - If Blizzard in 2007 had wanted to keep the trend of player movement increasing by 25% each upgrade, like from Ground 1 to Ground 2, for the Ground 2 to Flying 1 upgrade, it would result in the flying mount being 100+150% bonus speed. Interestingly, this is exactly what they did in later expansions to help close the gap between normal and epic flying and make the investment feel more like a valuable upgrade since it is now faster than Ground 2 as well. Had this have happened in TBC, it may have lessened the economic problems listed above, while still providing a strong incentive for the faster flying (since it would still be a 52% increase over flying 1 (which is double bonus of any previous speed upgrade))