The Importance of Being Refreshed: Why game jams can be a necessary distraction

Six months ago, my tiny indie studio failed our first attempt at crowdfunding a game. Without the inspiration that came from entering game jams, we may have never tried again.
Game Developer
Staff
April 16, 2019

Roughly six months ago, I wrote a blog post about my tiny upstart indie studio's first attempt at crowdfunding a game. It was three weeks into our Kickstarter campaign for Aquamarine and already clear that only a miracle would get us to our $25K goal. That miracle never arrived, and on October 30, 2018, we came up short to the tune of $15,410. To say that the team at Moebial were heartbroken would be an understatement.

To zoom in more personally, I felt devastated by the results. As Moebial's founder and director, I had spent over five months straight living and breathing the campaign all day every day. (Not to mention the prior year spent tinkering with Aquamarine's prototype.) I was financially responsible for the entire operation, and I had planned every detail of its preparation and launch. When the campaign ended unsuccessfully, I didn't just feel like I had failed at funding our game, but that I had ultimately wasted my time, my money, and the excellent work of my team members. I could hardly think about what the future of Aquamarine would be, if there was one at all.

I took a much needed break from Aquamarine. I spoke about the experience with friends and family, who offered words of encouragement to cheer me up. I wasn't ready to feel better, though. I sunk myself into some menial part-time work to fill out the financial hole I'd dug for myself. I prepped for the holidays and allowed myself the time to decompress. But I also did something that might seem a bit counterintuitive: I entered a game jam. 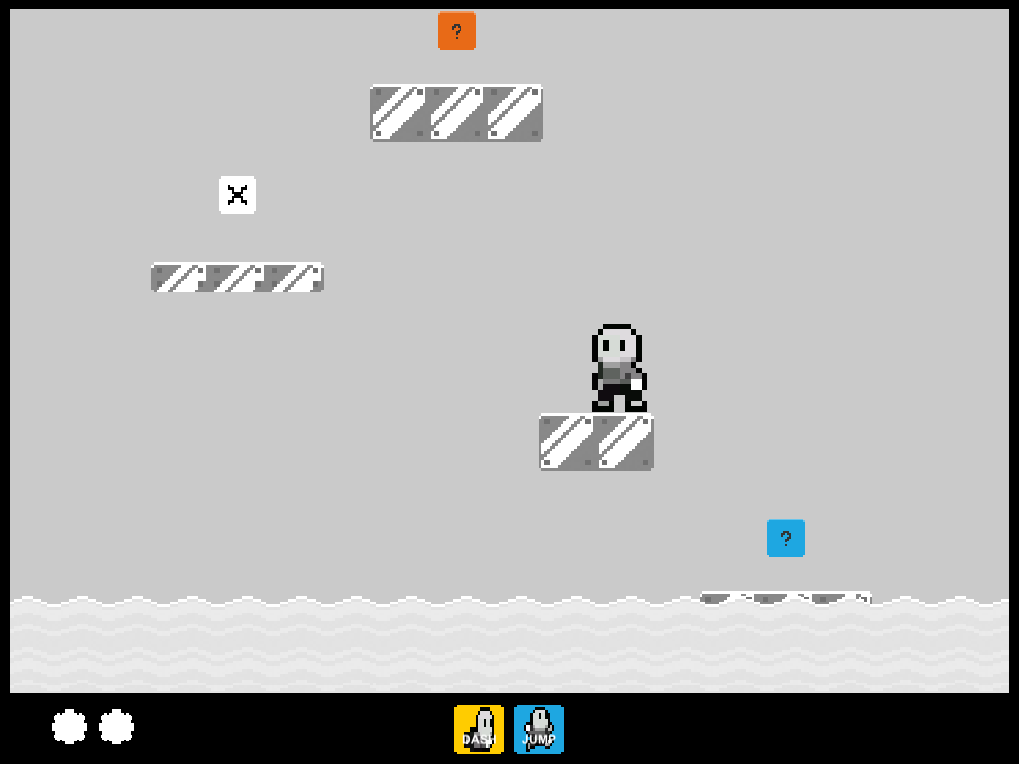 While having lunch with a fellow game designer days before the end of my Kickstarter, I mentioned a month-long game jam that was starting November 1, GitHub's annual Game Off. I wanted to know if he thought it would be good to divert my energy away from Aquamarine and towards a new project. He was enthusiastic about me taking a break to do something different, and his response inspired me to enter the game jam that same day. My crowdfunding failure wasn't yet cold in the ground and I was already taking on a fresh endeavor.

More than a few post-mortems I've read have blamed the allure of game jams for delaying their production schedule, saying the thrill of quickly making a new side game is too great to resist. They'll often present this as a shortcoming or a quirk--laughing about shirked responsibilities as they indulge in a bit of trivial fun. But maybe these enjoyable detours can be a much needed way to gain a fresh perspective and recapture the sheer joy of creation. For me, game jams are without a doubt the main reason I'm now planning a second crowdfunding campaign for Aquamarine. 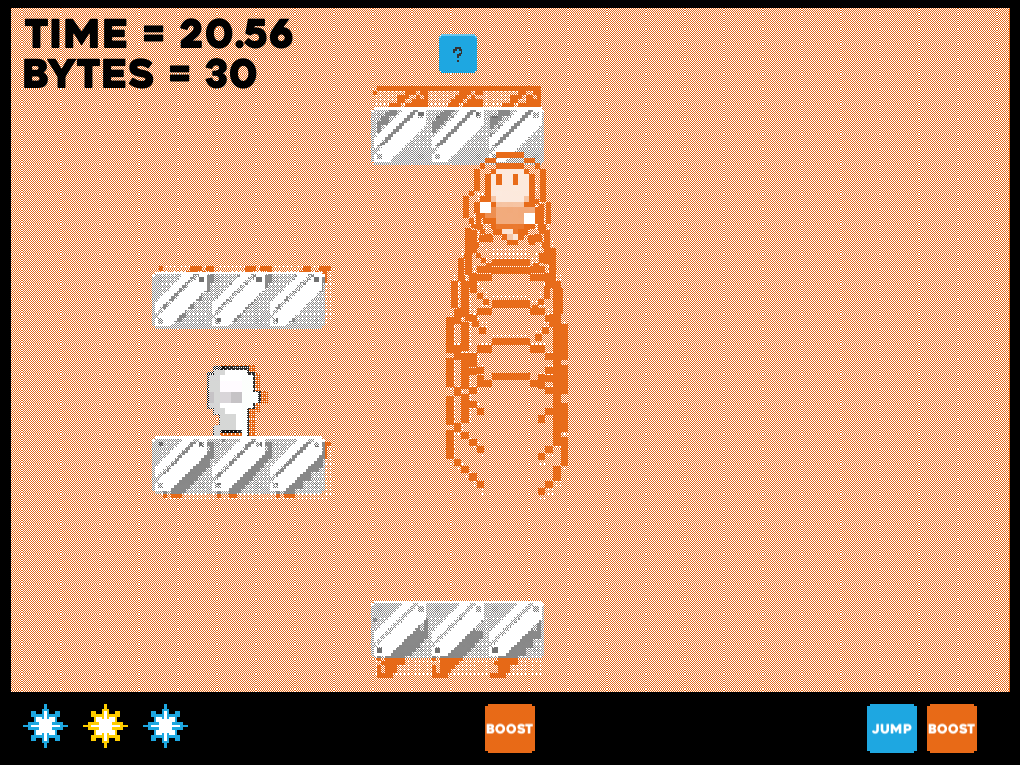 Game Off 2018 was the second year I'd entered GitHub's jam, and I was thrilled to discover the theme would be "Hybrid." This immediately triggered an idea that I couldn't get enough of: What would happen if you meshed the mechanics of a platformer with the basics of a card game? It sent my brain into so many different directions, and it sounded so weird that I was convinced it was a totally original idea. (I've still never come across anything like it.) I called the game Blank Bit, as the main character is a powerless bit in a computer system that can become nearly invincible with the right experience and move set. At the end of the game jam, it ranked #19 out of 328 entries and was named a "Staff Pick".

Dedicating myself to entering Blank Bit into the game jam was an invaluable way to clear my head after the Kickstarter failure. I never once thought about what would come next for Aquamarine, and I was too busy hunkering down to wrap up my new project to open the files of another one. It didn't hurt that I got a bit of an ego boost from the positive reception of my little game. But after the dust settled, I still wasn't ready to move on. I didn't just need the approval of others to feel better, I needed to have a fully finished game under my belt. I needed to know that I could still see a project to completion.

Thankfully, the wonderful people at Second Dimension Games host a fantastic game jam at the start of every year, called Finally Finish Something. I used this opportunity to "finish" Blank Bit and use that feeling of accomplishment to slingshot me back into working on Aquamarine. By the end of the jam on February 3, I had drastically improved my game, received lots of good constructive feedback from fellow participants, and once again ranked highly overall in the voting results. But it was the sense of community that I got from FFS--the sense that there were many other devs out there working hard on their passion, not always succeeding, but always trying to do better and help others improve as well--that felt rejuvenating and in many ways life-affirming. I no longer thought I was out of my depth or even delusional in my goals. I saw myself in the work and art of others. I couldn't have found that connection without these game jams.

Mentally and emotionally I was finally stable again. I felt refreshed and ready to embark on my second attempt at making Aquamarine an actual game that exists in the world. I was excited and motivated to plan my next steps, but the side-effect of that feeling was I also needed to wrap the production of Blank Bit once and for all. I knew what pieces were missing, and I had more feedback from game jammers to continue polishing and refining the experience. I spent the next two months swapping between Aquamarine planning and Blank Bit production. Mornings were spent looking for new artists and researching crowdfunding strategies, while afternoons and evenings were spent tinkering with visual effects and building my first proper boss encounter. I was firing on all cylinders and it felt awesome. 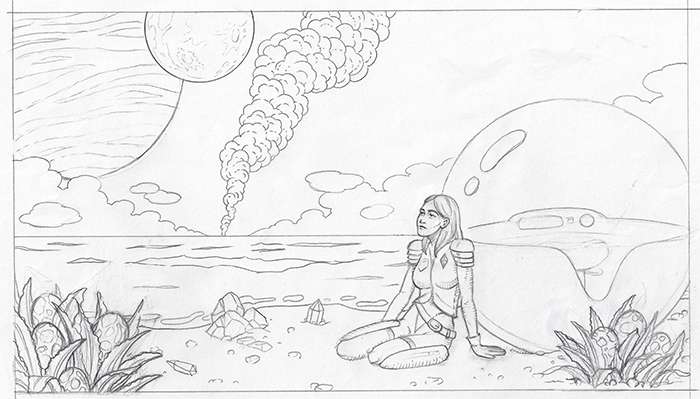 One of the many important things I've learned during my short time developing games is that setbacks and unexpected problems are inevitable. This creative field is beset with pitfalls and snares that you can never fully predict, and sometimes they may overwhelm and get the best of you. Because the road to release is so long and often hazardous, maybe a fun detour or relaxing pit stop should be scheduled along the way. And when it comes to game devs, few things can be as fun and relaxing as starting a cheeky new side project with little pressure or expectation. Game jams come in all shapes and sizes, and they're happening literally all year long. If you find yourself stuck much like I did--mentally exhausted, emotionally destroyed, physically worn out, creatively withered--do yourself a favor and indulge in the therapeutic distraction of making a game simply because it's fun.