The Differences Between VR Games & Games With VR

My informed opinion on what should be considered a VR game while noting the differences between true VR games and games that add VR support post-release.
Zachary Levin
Blogger
August 25, 2020

The Differences Between VR Games & Games With VR When you think of a VR game, typically the first examples that come to mind are Beat Saber, Pavlov, Job Simulator, or even Superhot VR. These are what most people define as a virtual-reality game. However, there are also a collection of games that have VR support, such as Tekken 7, Super Smash Bros. Ultimate, or Fallout 4. On the surface, you could argue all of these examples are simply VR games. However, I believe there are notable differences between these examples and really splits them into two categories - VR Games and Games with VR.

In a genre considered small by most people, the VR game library is very limited. These games typically have some form of a VR headset and stick controllers as the main way to play. As mentioned earlier, the first games that come to mind when mentioning VR are Beat Saber, Pavlov, Job Simulator, and Superhot VR. Beat Saber is considered THE VR game to play and even a console seller (VR headsets in this case), which is a big deal since most VR headsets already require a console to use. Some headsets like the Oculus Rift (see Figure 1.1) cost a few hundred dollars at the very least and more expensive headsets such as the Valve Index VR Kit (see Figure 1.2) cost up to $1,000. The cost of these headsets is enough to put off most people from buying one. 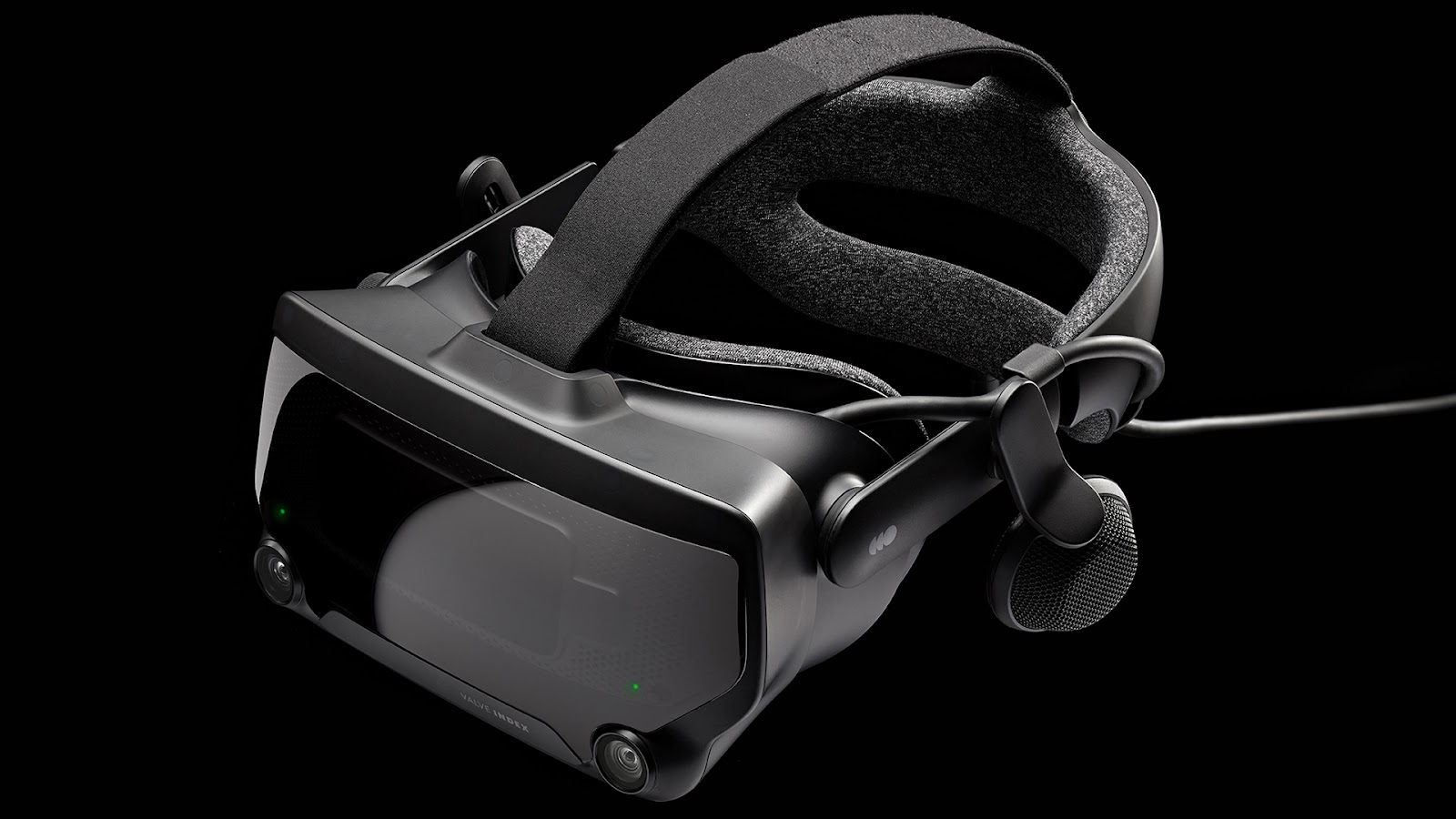 However, Beat Saber nails the VR control scheme perfectly as the stick controllers act as light sabers meant to slash colored boxes to the beat of a song (see Figure 1.3), hence the name. Beat Saber also integrates the stance and angle of the player very well as walls act as obstacles that require you to lean or duck to avoid getting hit. All design and control aspects of Beat Saber work well and make sense, and that’s what makes for a great VR game. 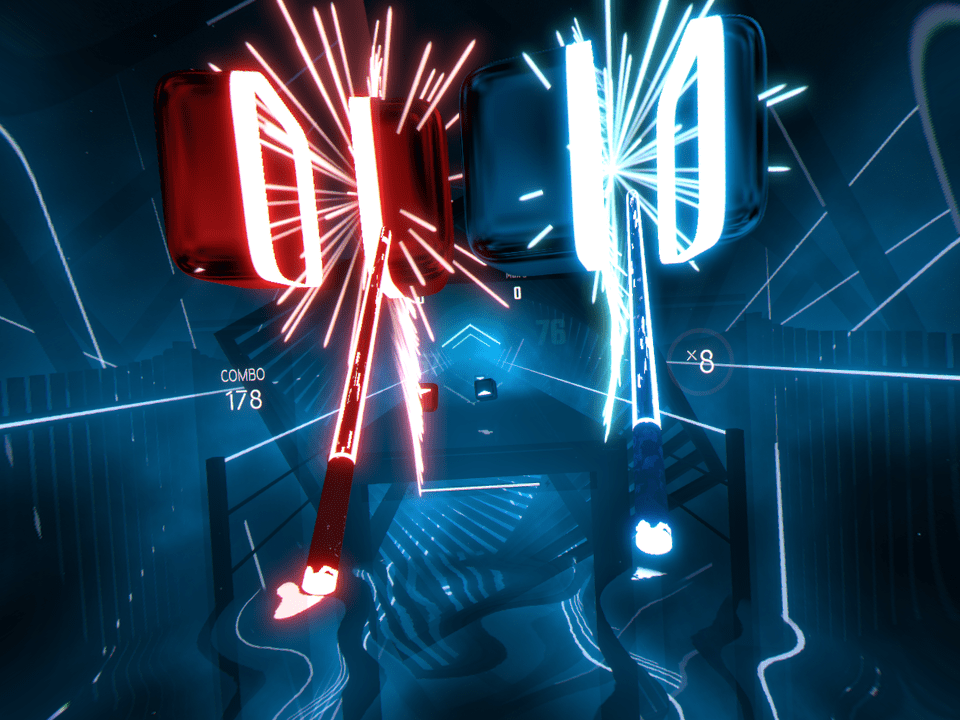 Pavlov is a multiplayer FPS VR game that appears similar to CS:GO, but integrates the VR headset’s free camera control very well to allow players to turn to view their blind spots without doing a 180. Players also have complete control over how they handle their weapon, including requiring the player to complete a full reload process with their open hand, even inserting a new magazine with a gun. This can be confusing for the first time but it really feels like you are holding a gun. Having complete control with your hands can lead to very silly or clever interactions, such as sharing an ammo clip with a teammate, pulling a magazine out of an enemy’s gun (see Figure 1.4), or being able to shoot around a corner without needing to peek out and risking getting your head popped off. Despite being an early access game, it is clear that Pavlov is the definitive FPS game to play on VR.

Figure 1.4. A player steals an ammo magazine from an enemy with their hand.

Job Simulator is, well, a simulation game where you do various tasks at your job, or you can goof off if you aren’t feeling obedient for the day. Similar to Pavlov which allows for creativity with what you do with your hands, you can do some pretty funny things with what you have at your workplace. Don’t feel like working? You can throw your coffee cup at your boss (see Figure 1.5). Too much clutter at your cubicle? Throw your stuff over the wall to your co-worker’s side! Job Simulator offers players a lot of flexibility with what they can do and it makes for very humorous scenarios. Job Simulator is a perfect option for those who want a VR headset but something more casual to play.

Figure 1.5. Frustrated with your boss? Your desk is your playground! Throw a cup at him if you want (don’t try this at home)!

Superhot VR is considered to be a console seller for VR, and often paired with Beat Saber when considering the best games that use VR. Originally, Superhot was released in February 2016, and received positive reception. The main mechanic of the game was that time only moved if you moved (see Figure 1.6). Each level required the player to eliminate hostile enemies and use whatever they could find at their disposal to defeat foes. Superhot VR was released in December of the same year, and was widely considered the best VR game until Beat Saber released in May 2019. Superhot VR surpassed the original Superhot in terms of sales in April 2019. Superhot VR integrates use of the stick controllers and player stance very well, as being able to lean provides players an option to avoid bullets and react accordingly based on their situations. The controls for the VR version of Superhot are also very intuitive and fulfilling.

In all four examples, these games make great use of what VR headsets and stick controllers can do in ways that are both intuitive and fun for players. Beat Saber makes the best use of the stance and angle a player stands at, with leaning being important to avoid oncoming walls. Pavlov and Job Simulator provide players with a lot of options with how they can use their hands to play the game, encouraging experimentation with their environment and surroundings. Superhot VR required players to assess each and every level, and makes great use of a player’s stance as well.

The second group of games mentioned are games with VR support. Games with VR support usually have VR added after a game has been released, sometimes in the form of a brand new game, such as with Fallout 4 VR. Two examples of games that added VR later on in their life cycles' are Tekken 7 and Super Smash Bros. Ultimate. When VR support is added to games, they are met often with mixed reception, at best being received positively, at worst being forgotten.

Fallout 4 VR is known for adding poor VR support to a great game, as well as charging for twice the amount of the original game (Fallout 4 costs $30 on Steam, VR version costs $60). Fallout 4 VR was met with mixed reviews, with many citing performance issues and frequent crashes (see Figure 2.1). The VR version also doesn’t have mod support, lacks graphic settings, and is a very nauseating time for most players. Reviewers also note that there is hardly anything new added to the game. When I think of a “game with VR support”, I typically think of Fallout 4 VR, which only added the 360 camera, and didn’t change anything else. Another example of something like this is Tekken 7’s VR mode.

Tekken 7, an excellent 3D fighting game, was originally released in a limited number of arcades in March 2015, with an updated arcade version titled Tekken 7: Fated Retribution released in July 2016. A console version came out worldwide in June 2017 based on Fated Retribution, with the PS4 version supporting PlayStationVR. The game was originally planned to have two seasons of DLC mainly containing extra characters and stages, but thanks to the overwhelming success and popularity of the game, is now on track for a fourth season. The Tekken series is known for having a variety of side modes/games such as Tekken Bowl (TT1, T5: DR, T7), Tekken Force (T3, T4), but Tekken 7’s VR mode was met with very negative reception, as it was more of a theater view add-on for something like Training mode. Players could only fight a standing dummy, or a CPU AI, with no rounds, timer, or health (see Figures 2.2 and 2.3). You were restricted to a very limited environment that felt more like being more of a bystander than a fighter, and the entire mode felt shoehorned in. Tekken 7’s VR mode eventually became forgotten, just like my final example - Super Smash Bros. Ultimate’s VR mode. 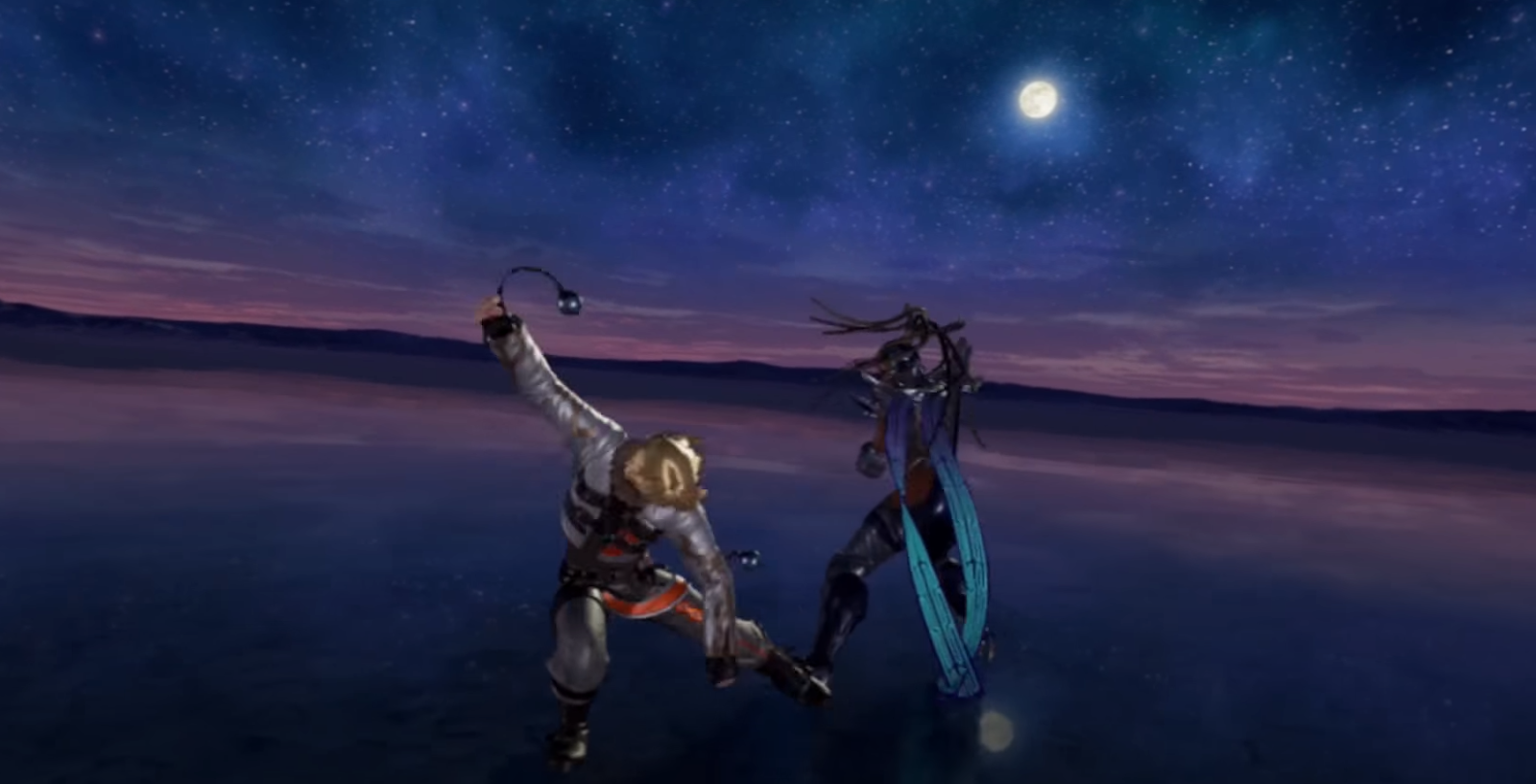 Figure 2.2. A screenshot taken in VR Battle. There are no HUD elements present.

Super Smash Bros. Ultimate (Smash Ultimate for short) is the fifth game (counting Super Smash Bros. 3DS and Smash for Wii U as one entry) in the universally acclaimed platform fighter series, Super Smash Bros.. Smash Ultimate has received frequent updates to character balancing as well as adding more content. In a free update, VR support was added to the game via the Nintendo Labo. Unlike the Oculus Rift and other previously mentioned VR headsets, Nintendo Labo is much cheaper and split into “kits” which allows you to play different games. The VR goggles kit in particular costs less than 50 dollars which is very affordable.

However, like Tekken 7’s VR mode, Smash Ultimate’s VR mode feels very shoehorned in, even though the mode was positively received. Players can only watch CPUs fight on a limited number of stages, or play single-player games with only CPUs (see Figure 2.4). You don’t even use stick controllers that are present in most VR games. Personally, I see very few people talk about this mode anymore and some people forgot it even exists. It’s nice that the game has decent VR, but it’s clear that the game doesn’t need it.

I have already said that the VR game library is very small compared to other genres, since it is still new, but I feel that games that are natively VR such as Beat Saber, Pavlov, Job Simulator, and Superhot VR should be separated from games that added VR support after launch. It’s easy to see that there is usually a quality shift when a game is primarily played in VR versus when a game adds VR later on its life cycle. When it comes to the games that added VR later on, players can only play with VR in a restricted and limited environment, and shouldn’t be considered VR games either. Super Smash Bros. Ultimate doesn’t even use stick controllers found in most VR games. I believe these two categories should be distinguished in the VR library to help constitute what makes for a definitive VR game.