The Death Of Local Co-op.

Its odd to see how gaming has evolved. In this article, I talk about the good, the bad, and ugly of current co-op game design.
Isaiah Taylor
Blogger
August 13, 2010 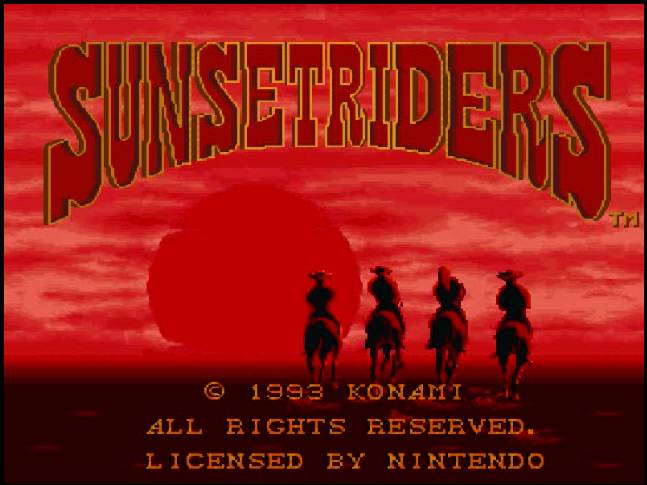 The Current Wrangling Of Varmints And Four-Player Co-op Now Comes With Internet Varification.

I had a friend over who wanted to sit down and play through the Transformers: War For Cybertron’s Co-op campaign. We were surprised to see that the local cooperative mode was unavailable. We started talking about a simpler time when men were men and games new their place. It should be noted that while writing this I wore a cowboy hat and slim-fitting jeans. It's to remind me of a time where pressing start wasn’t just for one anti-social gamer on a couch, but sometimes two-to-four.
Today we have three and four hundred dollar gaming consoles that, in away, promote solitary gaming. That’s right my little cowboys and cowgirls. Even the current multiplayer games encourage players to hide behind the veil of avatars and screen names within the isolation of the internet. Excuse the obvious pun, but has the gaming culture evolved to a point where gamers are just playing by themselves?

It is really odd for me to write this article seeing as I have long-time championed the power and effectiveness behind single-player games. It almost felt hypocritical until coming to the realization that games have so many effective moving parts. Maybe for some, exploding heads at 60-frames per second is what gets their spurs a spinnin’.
I can’t be mad at that, its the omitting of a game feature that was kind of the backbone of how this media had been played. Maybe it is time for a change. I don’t design games and maybe this, admittedly, archaic mode isn’t worth split screening [or quad-split-screening] and slowing down the frame rate of a Red Dead Redemption or Battlefield: Bad Company 2. 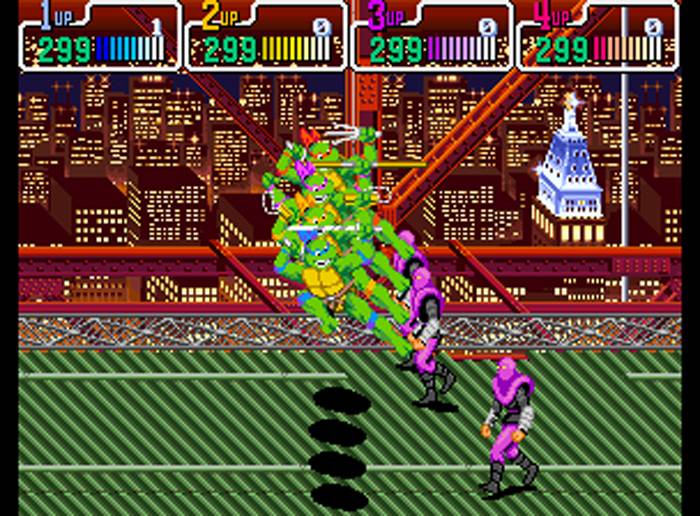 Remember The Simpler Things In Life ... Like Group Jump Kicking Two Foot Soldiers Who Were Out For A Night Stroll.

I see games where co-op thrives and is keeping hope alive in regards to encouraging players to playing with a friend in real life and, dare I say, their families as well. Most current console co-op games are bite sized, like Critter Crunch and re-released puzzle games from the golden era.
My era, when games were ‘true co-op’ and you could play Turtles In Time with a room full of calloused-thumbed gamers -- all waiting to see who they can get the farthest without being bitten by one of those annoying mousers. Remember Krang? Solid nemesis, but not a foe I want to topple while fighting the lag on my cheap DSL connection.

The reason I say the traditional mode of cooperative play is dying or a loyal dog whose just attained rabies from the neighboring possums -- is because the concept seems to escape even those remaking a game like Turtles In Time or Final Fight. Have you played these rehashed pale imitations? In the case of Final Fight: Double Impact, a game whose claim to fame was its huge spritely characters and simple co-op beat’em-up play, can only be played if connected to the internet on PSN.
This blend of old with new isn’t working in this generation. These attempts may or may not be half-assed and I supposed, as a gamer of yore, I should appreciate any attempt being made. Allow me to sip this mint julep while I ponder a reason why co-op is good for you. 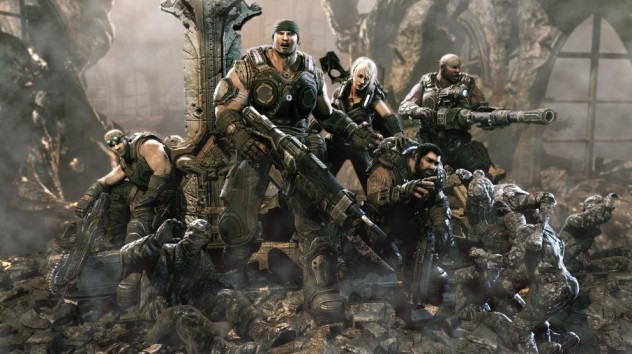 I Guess There Could Be Hope For Co-op And Group Play. Though Games Like Gears Of War Only Allow 2-Player Co-op Offline. Something Is Better Than Nothing.

I want you to participate in an experiment. Venture over to Co-optimus and find a handful of games you liked that came out this year or any year of this current generation. How many of them have offline co-op? How many of them require the internet to utilize the local co-op?
It is not the quantity of games I have a problem with, it's the quality in which the mode is implemented. Do I want to play a local co-op version of Gears of War or Modern Warfare when I know most of the development time was spent on the online? Probably not. Especially since I can’t play either of those games without an internet connection.

We should make a bigger deal about local co-op and offline play in general. I dare say that there could be a day where the internet may not be the most optimal way of playing with a friend. When every game requires a key-code via the internet and your friends to leave your home in order to play with you -- something should seem off about that. It could be too late for us old wranglers. Maybe I miss more games with local co-op because it reminds me of arcades and playing games with friends after dinner. Two things I hear happens very seldom minus an ethernet cord.

Its almost high noon and its time to go varmint hunting so let me try and sum up all of these oddly placed words. I could be wrong. Maybe the designers and publishers know what the gaming community wants better than I do.
I don’t look at metrics and market trends and if Sunset Riders 2 was coming out the same day as Gears of War 3, I have a good guess as to which game would sell better. Maybe it is time to put offline co-op games out to pasture, or at least relegate them to smaller titles and treat them as smaller modes on major games. You will have to excuse me if I make a little fuss about it, because it seems like no one else is.
***Compliments of The Brog***
Get daily news, dev blogs, and stories from Game Developer straight to your inbox
Subscribe