SEARCH
A minimum of 3 characters are required to be typed in the search bar in order to perform a search.
Design
1 MIN READ
Featured Blog 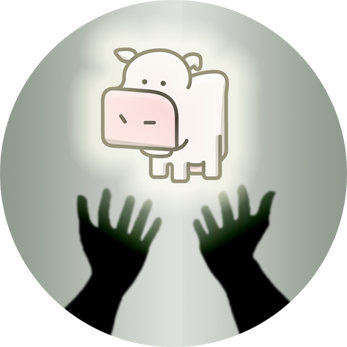 This is hard to explain. Something's happening to Cow Clicker.

Some months ago, evil bovine lords broke into Cow Clicker and started making demands. Their mysterious clues became the Cow ClickARG, which, Inception-like, sent up Alternate Reality Games from within the send-up of a Facebook game. Clues were scattered by the "bovine gods" around the globe, where "cowllective intelligence" helped solve the mystery.

The result was the following message, which my most able clickers quickly decoded:

The cowpocalyse cometh, revealing its methane time-bomb. The bovine evildoers have initially set the moo-msday date to 21 July, which just happens to be Cow Clicker's birthday, and one month from today. But a dark udder hangs overhead: for every cow that is clicked by anyone in the game, thirty seconds are removed from the cowntdown timer. If it elapses, the entire clicking center will shut down. As I told my clickers, we are in a battle with and against our very pointers.

Yet the bovine gods, ever jealous and greedy, have opened the door to a solution, but it is a solution out of my hands:


But perhaps you can stop them by paying supplication to the ruminant gods. If your oblation is deemed worthy by the fractious bovinity, then time will be added to the doomsday clock, staving off the cowpocalypse... for now.

So now the fate of Cow Clicker is in the hands of its players. Either the timer will elapse and it will meet its doom, or they will choose to supplicate to the bovinity, staying enough clicks ahead of themselves to keep the game running, perhaps perpetually. Or, perhaps yet another possible fate still awaits Cow Clicker...