The 4 biggest lessons from the year in strategy gaming

2012 was one of the best years strategy gaming has seen in a long time. Titles like XCOM: Enemy Unknown. FTL, and Crusader Kings II showed that there's plenty of life left in the genre. Here are the 4 biggest lessons from last year's crop.
Mark Slabinski
Blogger
May 10, 2013

2012 was a godsend for those suffering from the strategy game itch. Everyone from the strategy veteran to the genre neophyte had a breathtaking library of new releases that all showcased the very best that strategy has to offer.  Most surprising was that this came at a time when some were wondering whether strategy, specifically turn-based strategy was on the verge of becoming a dead genre on the level of point and click adventures (which, I must point out, are also somewhat on the rise again).

Much like my article on writing and flow-centered design, this is meant as much to be a crystallizing effort as anything else.  Some of these are difficult ideas, but hopefully writing them down can help with tackling them.

So, without further ado, here are my 4 biggest lessons from playing strategy games of last year:

1. Systemic Moral Choice is on the rise

A term coined by Anthony Burch, systemic choice is something that I've seen inklings of for a while in strategy games going all the way back to Age of Wonders.

I should not be this affected by the death of soldiers in a strategy game.  They have no personality, constantly spout out that they're "On their way" to what spot on the map I just clicked, and in general are about as memorable as a paper bag blowing in the wind.  And yet, I have experienced more drama and tension and worry for my little soldiers in a game of XCOM than any AAA action title or 70 hour long RPG boasting about an emotional, connective story.

What systemic choice does is make it so that moral choices aren't dictated by the story, there's never any black and white system and, in fact, the game never recognizes any moral system of any kind.  Rather, moral choices emerge as a result of your position as the commander of these units.  If you're placed into a position where you could risk one of your members getting killed, but doing so would allow you to finish the mission in record time, do you go for that move?  If they die, it's the result of a choice you made, the effectiveness of which is determined by how much of a connection you had to that particular unit. 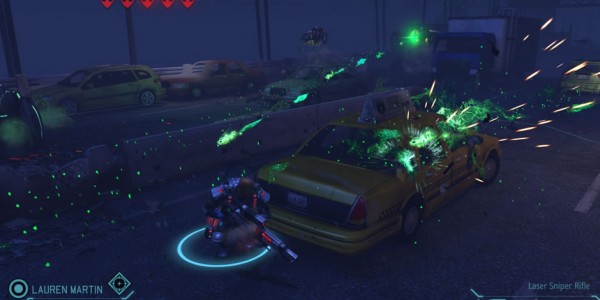 XCOM has all kinds of little tricks it pulls to make you care more about these units than you would the average space marine unit from Starcraft, but the shortened answer is persistence and customization.  You can rename units, customize their physical features, and watch them grow and learn new skills.  Units are a time investment, the threat of losing them is very real, and the fact that you can customize them is astoundingly effective at making people

Crusader Kings II, on the other hand, made me realize just how much of a heartless, uncaring bastard I could be.  Its use of systemic choice is quite the opposite of XCOM's.  You can see just about everything coming from a mile away, it's in the planning that you find moral conflict.

It's the kind of game where ordering the assassination of children becomes blase and commonplace.  Nephew of the king mucking up my line of succession?  Sorry kid, you were born to the wrong family in the wrong time.  It's a game of lying, cheating, waging petty wars for the sole purpose of attaining glory for your house.  I've seen entire bloodlines eliminated, whole cadet branches of my family house wiped out because they suddenly presented the risk of succession crisis.

Crusader Kings II has this wonderful sense of making you feel like a Machiavellian ruler, and its best systemic choices emerge when you are presented with situations in which there is no easy answer.  It presents you with the option to do terribly cruel things to people, and the only judge of morality is yourself.  Stepping back, looking at all the things you've done to achieve greatness, it begs the question of whether it was all worth it.

This is an amazing feat for a game where the majority of you time is spent combing through menu tabs, and one that I feel will be replicated by more games in the future.  I also think that this is the beginning of a trend in strategy game design to actively make their games more conducive to being story generating engines, which is something that everyone should be very, very excited about.

2. Strategy is moving in opposite directions

We're seeing both an evolution towards more action-oriented strategy at the same time as older and more "hardcore" kinds types of strategy games are being brought back.  There is an audience for this kind of strategy and they're not going away anytime soon.

Strategy no longer means what it once did.  The prominence of League of Legends and DOTA 2 and the recent failure of games like Age of Empires Online and Fall of Nations has led to a shift in what publishers and developers think people want.  MOBAs now dominate the online space, there's no getting around that, and who can blame them?  These games are easy to get into, have a huge and dedicated community.  Why would you develop anything else?

But then, think of a game like FTL.  That game is literally The Oregon Trail with more features tacked on.  Endless Space, XCOM, Crusader Kings, these are all games that were built on old, classic foundations.  Just this year we've seen the announcement of a remake of Chaos (another title from the designer of the original XCOM), the beta release of AirLand Battle, Heroes of Might and Magic, as well as a few other strategy games that received funding through kickstarter.  Expansions for all of Paradox's games are on the way, a rumored expansion pack for XCOM, and the glut of strategy titles that will no doubt be unveiled at this year's E3.  Clearly, there is profit to be had in these titles.  Turn-based is no longer a dirty term.

So on one hand we have every other studio under the sun pushing out MOBAs, and then we have games who are the spiritual successors to games from the early 2000s and before.  I just find that fascinating, and solid proof that complex, slower paced single player experiences are far from dead.

While not a new revelation, it's something that a lot of strategy developers have taken far too long to incorporate.

Johan Andersson had this to say about interfaces in a recent interview with Digitally Downloaded: "Improvements to your interface allow you to keep the same level of complexity while at the same time broadening the appeal. With a new a game and the freedom it offers we can start from square one with the interface. So we are looking to streamline the interface to help new and old players alike.

The more I play games, the more I understand just how critically important having a good UI is to having an enjoyable time.  XCOM's UI is slick and clean, CKII's is deep, but quite easy to navigate once you get the hang of it.  FTL might win the prize for best integrated UI of all time.  It seems like such an intuitive idea, but often one that gets overlooked.  If your game is fun and actually lets the players get to do what they want to do, then there's no need to "dumb it down" for casual players or make concessions that they otherwise might not need to make.  Gameplay vision doesn't need to be compromised for the sake of making it easier to jump into when all it really needs is a clean interace.

4. Failing is the New Fun

I love the fact that this is now a trend in strategy gaming, and in fact gaming as a whole.  Games are embracing difficulty like never before and it's awesome to see it happen in strategy games.  I've played FTL for about 15 hours now and have only beaten it twice.  I've had more bloodlines of the family Slabinski perish than survive to the early 1400s in Europe.  I don't know why, but somehow seeing plans fall apart is more fun than seeing them work.  Maybe it's the amount of planning, but there's something infinitely tense about seeing delicately laid plans and tactics just barely survive a barrage of enemies and misfortunes.  Without the knowledge that failure is a very real possibility, things just get boring.

We've seen this a lot with smaller indie games (FTL, Spelunky, Hotline Miami, VVVVV), but seeing it in strategy games seems like it wouldn't work and that the frustration would be too much for players to take.  Yet all it does is make players come back for more

It's like chess, if chess were crossed with Dark Souls. 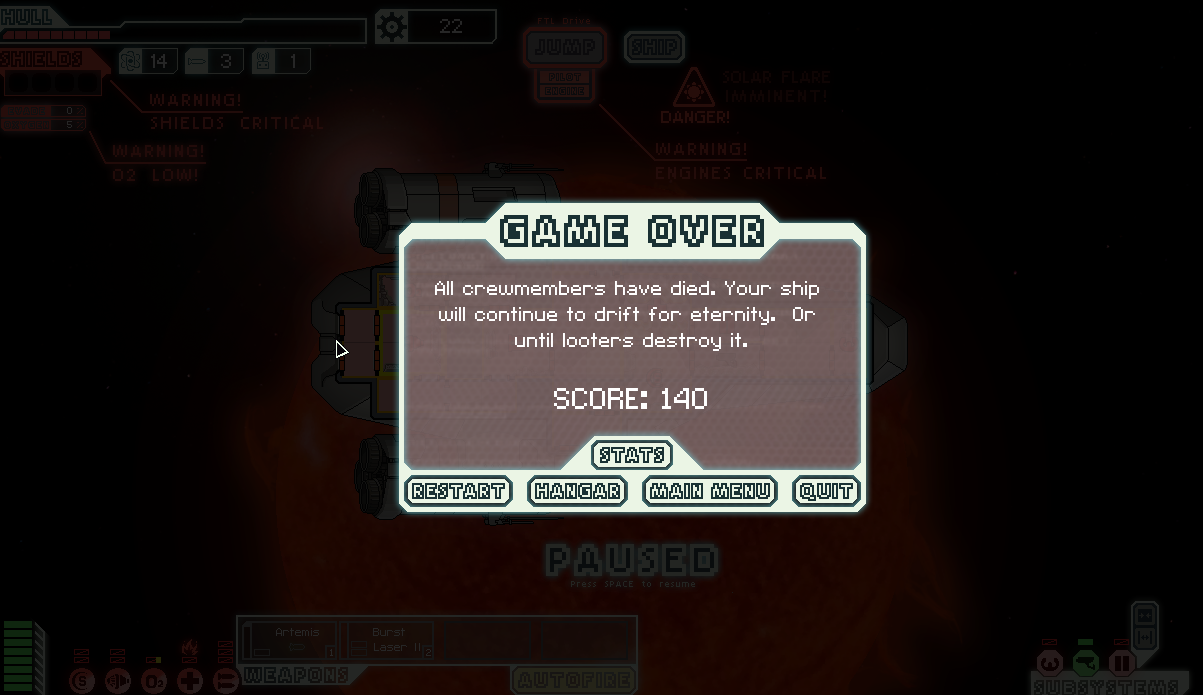 2012 saw the rebirth of strategy, and now the question is whether 2013 can capitalize on the momentum.  Much like the rebirth of the fighting game genre back when Street Fighter 4 first released, the onus is on the developers and the publishers to put out quality, innovative titles and not merely abuse strategy's newfound popularity.  2013 has been pretty good so far, here's to what else the year might bring.