Stop teaching the player. Let him teach the game.

An article about how games should approach the player's choices and how they should deliver a moral message.
Anton Slashcev
Blogger
April 29, 2019

Many story-driven games offer the player to make choices that will eventually affect further events. It’s crucially important because self-expression and interactivity are the very basics of games, so when it comes to well-elaborated plot players also expect the game to give them an opportunity to influence it as well.

Personally, I am a huge fan of branching storytelling. But, despite the fact that I see statements like “rich and reactive world” and “your choices will have consequences” in almost every trailer of AAA title, I still rarely feel that I have real freedom or an opportunity to express my own view of the world in the game. And I’m not complaining about a small number of possible branches. What I’m talking about is that I felt games usually pressure me to make the decisions they want me to make. And if I don’t, these games punish me. So no matter how many possible outcomes they have, if you have to follow one predefined path or game style to get the best possible experience, it hardly could be called a “self-expression”. To give you an example of such approach let’s dive into choices and consequences in Dishonored. The premise of Dishonored is: Corvo Attano, a bodyguard and secret lover of the Empress, is framed for her murder and forced to become an assassin, seeking revenge on those who conspired against him. His ultimate goal is to help his daughter to regain power and become new Empress, while he is aided in his quest by the Loyalists—a resistance group fighting to reclaim Dunwall, and the Outsider—a powerful being who imbues Corvo with magical abilities.

Apart from the accomplishment of side quests, the player can influence the plot by:

This decisions eventually influence the “Chaos Level” of the game - the crueler was the player, the higher Chaos Level in the world will be. Sounds cool, right? And indeed it is, but the catch is how this chaos system manifests itself:

Thus, despite the fact the game offers the player a lot of abilities and tools to kill enemies, despite the fact that some villains deserve to die, the game still just punishes the player if he does not play the way it was intended. It happens both on the gameplay level (game becomes harder) and on the level of the storytelling (player eventually doesn’t get what he was promised in full). In this and in many other games with similar decision-making system, our “wrong” ambiguous moral choices lead us to a complete loss. And despite the fact that we can make major decisions that dramatically change the course of the story, we are not allowed to actually express our view of the world or to make a really meaningful choice. We are not choosing between equal options with their advantages and disadvantages, and we are not even choosing between good and evil. We are choosing between, to paraphrase Shakespeare, “to be punished” or “not to be punished”. That’s it.

But such games can have a great story (like Dishonored has), so why this issue happens? Well, with punishments they are trying to deliver a moral message to the player. In the case of Dishonored, the moral message obviously is: “Cruelty is bad because what goes around, comes around.”

So is it a bad idea for games to have a moral lesson? No, it’s a great idea. But I think the way, in which games are trying to teach the player, is very similar to movies. And because of the very basic difference of the story in movies and games, branching storytelling simply can’t deliver the moral message to the player in the same way as movies do.

The problem with teaching players in games 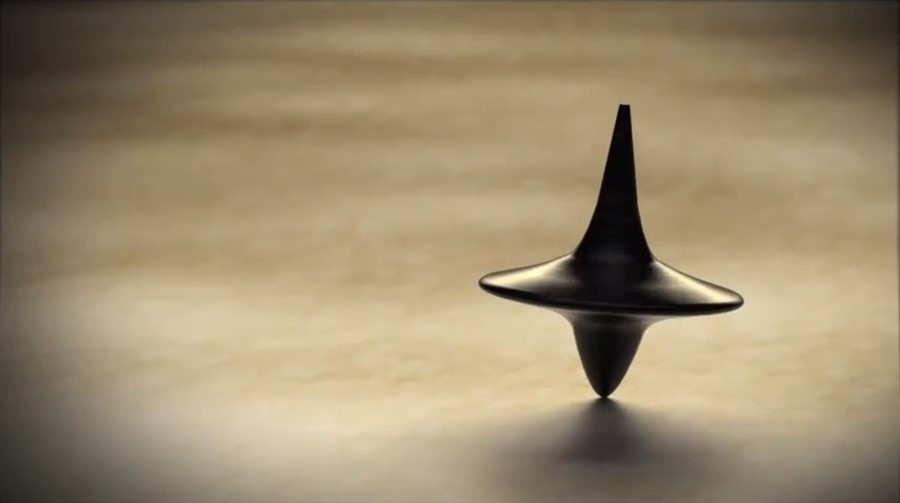 To understand why games can’t teach the player the way in which movies do, let’s firstly take a look at how this purpose is ideally achieved in filmmaking. At a very simplified level, it’s something like this:

So why this path doesn't work for games with branching narrative? Well, there is one major issue: to teach the audience a lesson, movies use the protagonist as the medium for showing valuable inner change. But in games, the player IS THE PROTAGONIST. Thus he can’t be used as a medium, because:

Does it all mean that games can’t help the player to learn some useful moral lesson? No, it doesn’t. Games just need to use a different approach rather than emulate movies in this question. And to explore this approach, let’s analyze the game which, in my opinion, did a great job in delivering a moral insight. Surprisingly, it’s not an RPG or an interactive thriller. It’s a recent heavily story-driven strategy Frostpunk. 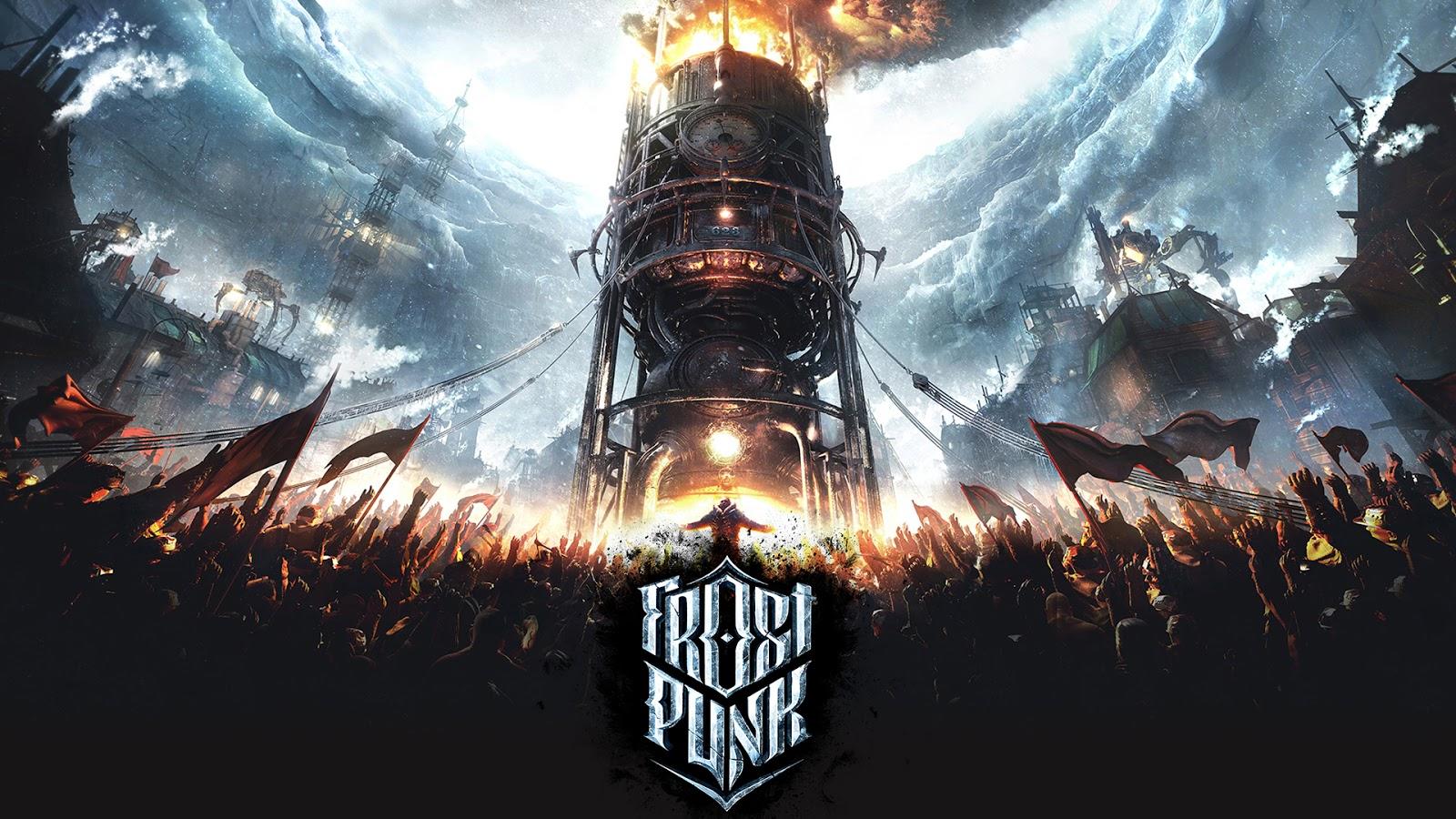 Frostpunk is a city-building survival game in which the player is the leader of a group of survivors who are trying to stay alive in an apocalyptic ice desert. The player has to take care not only of the amount of food and temperature but also of upholding people’s morale and hope. In order to help his men to survive the player has to make tough decisions.

And what is so special about Frostpunk? Many other games also feature “making tough decisions” (I already hate this cliche). Well, firstly, no matter how horrifying your choice is - the game doesn’t try to stop or punish or patronize you. Want to force children to work 24 hours at factories? No problem. Kill injured people instead of treating them? You’re welcome. Don't shelter other explorers and let them die in the ice desert? OK, boss. The game gives you complete freedom to do what is needed (or what is easier?) to save the city.

But the real magic happens after the player opens two paths: Order and Faith. They give him a possibility to establish new laws to “give people a goal” and ultimately increase the player's ability to control the city. Each new law empowers him and step by step slowly leads to authoritarianism through the increasing influence of the chosen path on people's lives and brainwashing humans minds. And there is no one to stop you or even to say that you could be wrong. 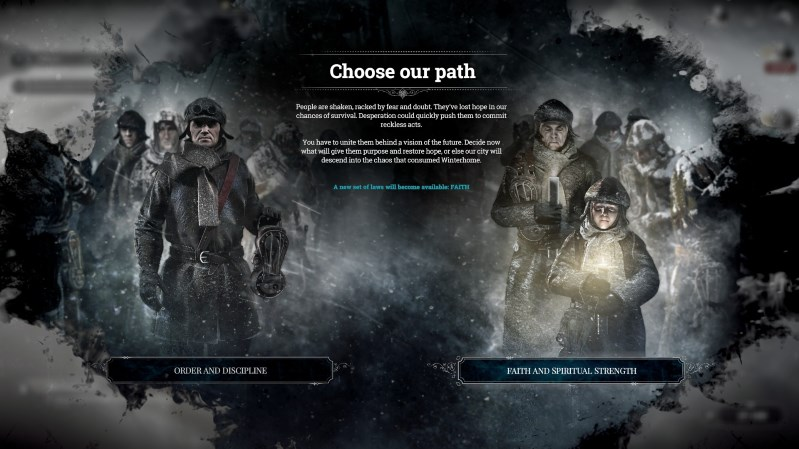 After some time, thanks to an incredible living world, you just see that society has indeed changed. In case of Faith path, people pray every morning and night, they organize ceremonial processions, they convert others to their faith, they can punish non-believers without order, sometimes they just pray instead of doing work, etc. You observe this changing world, and, even as all game parameters are within normal, you start to feel uneasy. You also notice that actually when any problem appears - your first instinct is to simply use your authority to calm everyone down instead of solving this problem…

Eventually, you reach the top of the chosen path which allows you to adopt a final law and ultimately make yourself an absolute ruler by establishing a new religion (or it’s analog). In terms of gameplay mechanics, it’s very useful and there are absolutely NO reasons not to adopt this law, as it’ll give you only significant benefits. The funny thing is: I know that lots of those who played Frostpunk, just like me, eventually decided not to adopt this law. I think we saw we had already gone too far, and decided that we won’t cross this last line at any cost, no matter how many excuses to do so we have. We managed to overcome the temptation and really learned an important moral lesson: The road to hell is paved with good intentions; if you console yourself with the mission of "greater good", you can easily turn society into a dystopia without even noticing it.

In all fairness, the end credits actually start to lecture you and pointing at how many cruel decisions you had made. Many players were extremely concerned by such ending, ‘cause eventually, it fell into the trap of trying brazenly teaching them. But I don’t think that it abolishes great experience that Frostpunk gave us earlier. 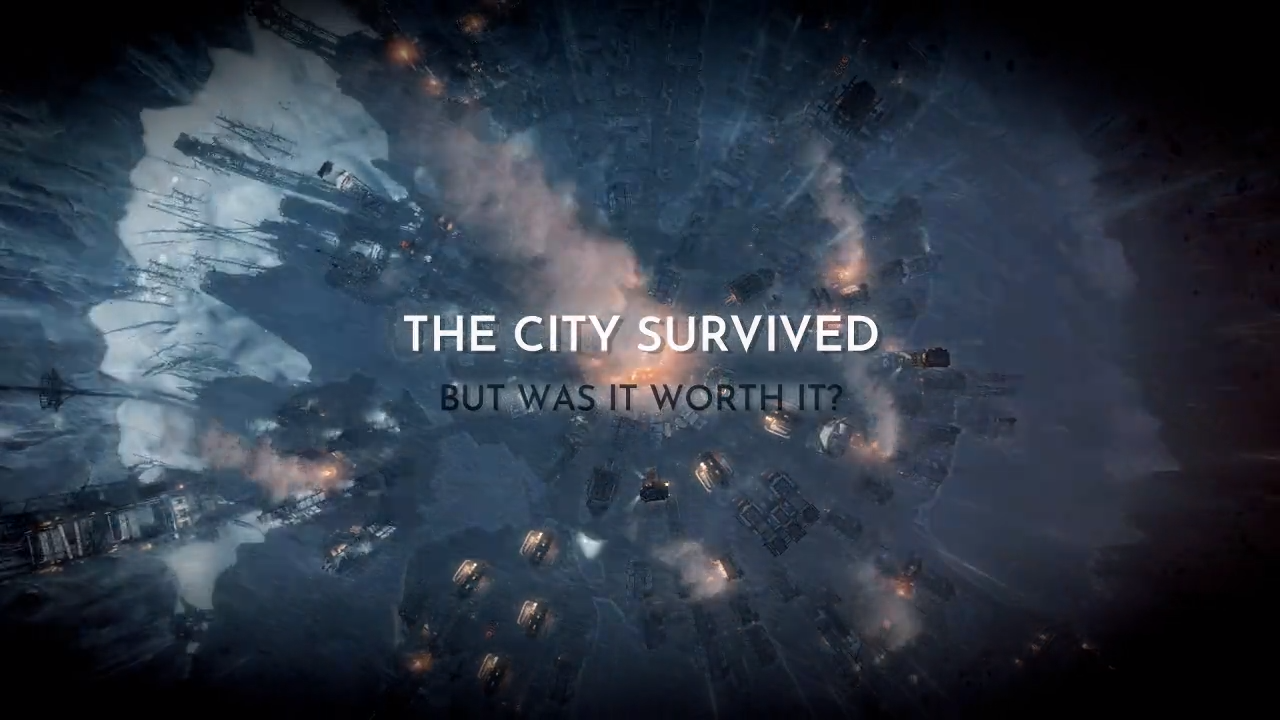 So how does the decision-making system in Frostpunk work?

At the end of the day, instead of trying to teach the player, Frostpunk gives him an opportunity to teach the world what he thinks is right, watch what will happen next and decide for himself if he went too far or not. And if he changes it happens not because of external pressure on him, but because of self-revelation and inner desire to change.

Alright, you got it, I think Frostpunk did a great job in creating a proper decision-making system. But how such an approach can be applied to other games? Let’s fantasize about possible changes in Dishonored story branching:

What if the game didn't punish the player for cruelty, but instead would make it an easier way with its own benefits? Let’s say the number of rats still could increase, but what if they were player's allies? And what if the game gave the player both a gameplay necessity and excuse to kill foes: let’s say the game pointed out that all this is a “necessary evil” to empower Emily so that she eventually could save this dying city? And what if, depending on player’s actions, he would see Emily becoming ruthless herself? What if she, little girl, gutted a couple of guards because she saw Corvo did so many times? Or poisoned their allies once they'd became useless? And what if when she eventually became a princess, she would still save the city but at cost of mass executions, since she had learned from Corvo that "The great questions must be settled by Iron and Blood?" And what if in the end, we saw citizens turned into paranoid snitches and kids playing assassins on the streets, fake killing each other, while there is a real beheading in the background?

Wouldn’t it be a much more thought-provoking ending, rather than just a clear message from the game saying that “sorry, dude, but you played wrong”? I think it would. Because then the game wouldn’t try to teach you. But rather it would let you teach the world and draw a moral lesson from the consequences yourself.

Phew, we finally finished with the analysis of this very uneasy aspect of branching narrative! Thank you for reading, I hope it was interesting (or at least not very boring). Please note that all of this is just my thoughts on this matter and I do not pretend to possess absolute knowledge. You’re welcome to express your opinion on how games should approach delivering a moral message to the player.