Should Game Designers and Developers Be Gamers?

Even as a game developer, I don't get that much time to play games. But is that a bad thing? Game designers and developers spend their whole day around games; should they also spend their free time playing them?
Anderson Addo
Blogger
April 01, 2018 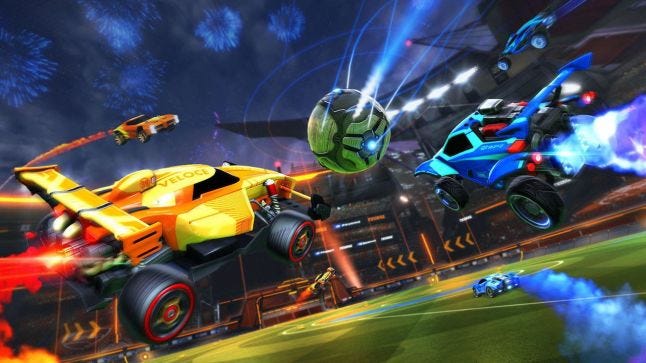 I originally wrote this article and published it on SimpleProgrammer.com

Even as a game developer, I don’t often get the opportunity to play games. I mean, I’d love to if I had more time, but I don’t.

And that’s not necessarily an uncommon thing among game developers; we’re generally busy people. We have to deal with work or school, other hobbies, sleep, general life errands, and the list goes on. And when the list gets longer, playing games is usually pushed lower and lower down the priority ladder.

So it’s not surprising when some game developers like me don’t get to play games that often.

But should playing games ourselves be something we feel obligated to do in the first place?

What Is a Gamer?

This is just something I want to clear up before I write anything else. The truth is, the word “gamer” is an awfully vague term.

“Gamer” literally just means anyone who plays games of any type at any frequency. However, some people understand the word “gamer” to mean someone who lives and breathes games, playing almost whenever they have the opportunity.

To add to the confusion, there are also distinct communities of gamers based on the type of game they play, be it Minecraft, roguelikes such as Nuclear Throne, first-person shooter games like Overwatch, or indie titles like Oxenfree and Undertale.

So, in the context of this article, who qualifies to be a gamer?

Anyone who casually plays a variety of games at least a few times a month qualifies. I’m not looking for any die-hard, health-sacrificing, all-day gamers—just someone who plays often enough (and well enough) to have meaningful game conversations.

Why am I creating this definition? Well, it’s mainly to make the point that even if a game designer or developer decided to play more games, they don’t have to increase their game time by a huge margin. If they try and go for the vague goal of “becoming a gamer,” they may end up mistakenly going for the extreme end of the definition and play an unnecessary amount.

Sheer quantity is not too important, as long as you play with insight and attention to detail.

Another thing that needs clearing up is the difference between a game developer and a game designer. These two terms will be popping up in this article, so I don’t want anybody confusing the two.

A game developer is anyone involved in materializing the game itself—from molding graphics to programming gameplay logic to recording sound. It’s a very general term, but it all boils down to anyone who is involved in actually making the game software in a direct and literal way.

In this article, I will mostly focus on why game designers need to play games, though the benefits are valid for developers too.

How Game Designers and Developers Benefit From Playing Games 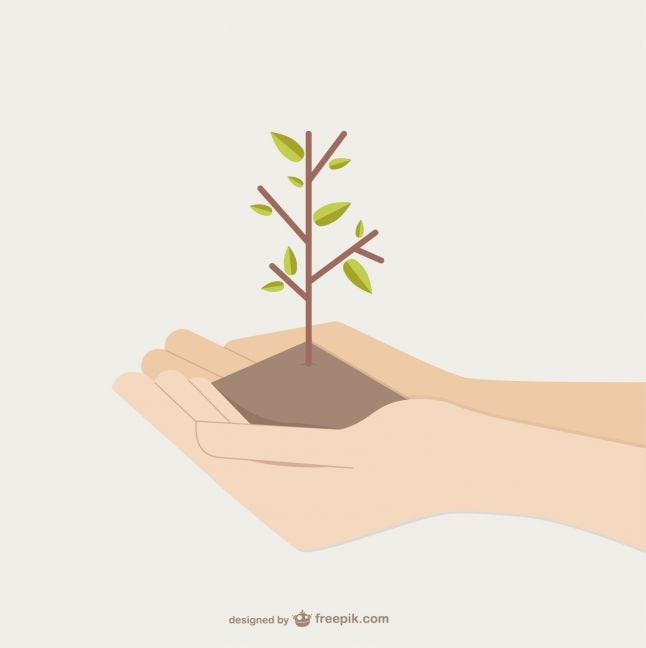 Of course, we should try to play games when we can—it can do a lot for us as designers. As it is often said, writers who want to improve have to read, and chess players who want to get stronger have to study games. As a contributor of your industry, it can be beneficial to know how others are contributing.

Here are some specific benefits designers and developers can get from playing games:

The first thing that playing games does for us is give us our own palette of experiences and lessons we can draw from when making our own games.

Additionally, when you play more games, you’re more likely to be able to think as a player better when making your own games. This is important, of course, because that means your games have the potential to be more player-oriented, hence providing more enjoyable experiences.

Playing more games also gives you the opportunity to train your designer’s eye and inner critic (if you’re a developer, it also gives you some insight into how game design works, and strengthens the designer side of you, which can be useful when working with a team). The more you play games, the more mechanics you encounter, and more importantly, the more mechanic systems you’ll encounter.

Each game has a set of mechanics (a system) that form its backbone, and the interactions between those mechanics craft the game’s overall experience for the player. Some systems work better than others, and as a game designer, it’s good to have an idea of why they fail or succeed, which mechanics and systems work, and which ones don’t.

You should also be aware of the nuances behind the execution of mechanics in games. It’s great to have an idea about how some games got around limitations in design and technology as well, because you’re almost bound to face some of them, too. The devil is in the details here, and you can get to him only through playing games and honing your inner critic. 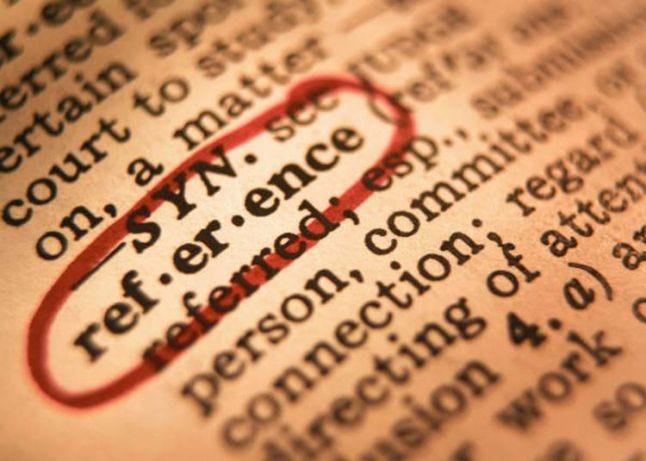 Have you ever seen or heard game designers talk? Perhaps over Discord, Reddit, YouTube, or even at Game Developers Conferences? It always astounds me how many games they know.

To game designers, game titles are like a language on their own. They can reference so many different games to help communicate feelings, mechanics, or situations that it’s mind-boggling.

But it’s also very useful. It means that if they want to be able to know more about how well a concept can go (or how poorly it can be executed), they can easily just study some of the games they know, or ask a fellow designer about the concept and study the games that come up in the conversation.

I remember when I was planning a game called Daze (still in the works!) and I joined a Discord channel of game designers. I pitched the game to them, and was bombarded with questions and game titles as they tried to understand the pillars (i.e., the underlying concepts) of my game. The amount of stuff they knew blew me away, and was immensely helpful in my conceptualization of the game.

This kind of knowledge can come from many places, such as working with other game designers for a long period of time and keeping abreast of game news and trends—even as a developer. But it also comes from playing games themselves. 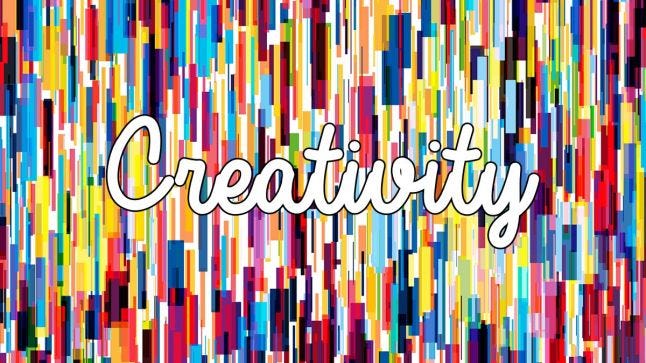 Needless to say, if you play games, they can definitely inspire you when making your own game. They could inspire the whole game’s concept, or just a small part of it. Either way, game development can become a lot easier if you have more sources of “Eureka!” moments.

While designing one of my mobile games, I was working on a way to allow players to switch easily between weapons without disrupting game flow. I asked some questions online for help, and got some suggestions for a circular menu. So I took inspiration from how smooth The Witcher 3’s circular spell selection menu is; it was such a perfect solution that it became one of the defining aspects of my game.

Games are creative works, and by virtue of that fact, they have a great potential to inspire each other’s creation. A lot of interesting solutions can come up when you’re inspired by other games you know. 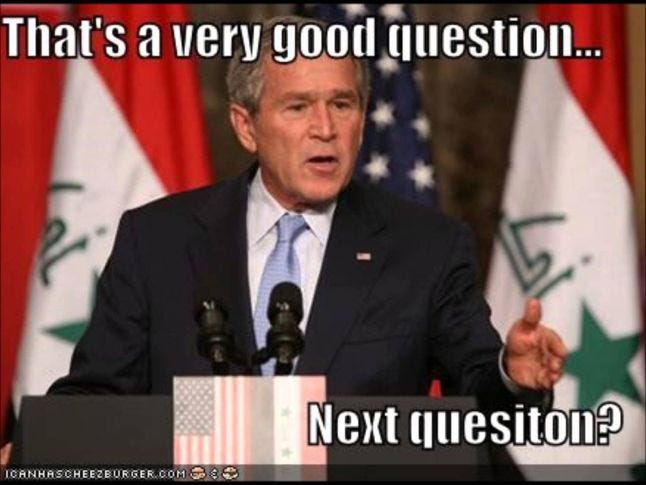 So of course, it’s more than just a good idea for game designers to play games; it’s a bit more of a must.

But what about game developers? Let’s return to my initial question: Should playing games be something we feel obligated to do in the first place?

Now, adapting for a more specific audience: Should game developers feel obligated? In other words, does it absolutely need to be done if you’re a game developer?

The truth is, not really.

One of the main reasons is because of the value of team dynamics and secondary influence—something this Gamasutra article explains beautifully.

If you’re on a team, you’re working with loads of other people who have different backgrounds and skill sets, different strengths and weaknesses. All that variety is crucial to coming up with something special in a game studio.

Some studios look for people who (apart from being good at what they do) can bring something called secondary influence. In the context of game development, this is the act of allowing different fields of interest separate from the gaming world to influence the games one makes.

Developers who spend their time doing hobbies like hiking, snorkeling, yodeling, modeling, and so on can bring knowledge from those fields into the studio’s games in very creative ways. Different forms and angles of thinking would be present in a studio with such a diverse staff, and that’s almost always good.

Of course, they’d still have a need for people who know plenty of games and have a good understanding of game systems and concepts (because they’re game studios, after all), but that doesn’t mean they’ll turn away other types of people. As long as you’re a good animator, programmer, sound designer, or whatever, you have a chance.

But if you’re specifically a game designer, then you gotta know a lot of games. Secondary influence alone will make a pretty poor designer.

Our Answer—Games Are Good, but With a Pinch of Salt

So, to round up, should game designers be gamers? I would still say yes, because:

But must all game developers be gamers? No, they don’t need to be, because the power of team dynamics saves them the trouble.

Hopefully, this has been as fulfilling to read as it has been to write. I’ll write to you all next month; in the meantime, keep designing, and start playing! Steam and PlayStation have been waiting for you.