Shinobi - The Way of the Badass

A look at how a classic PS2 action game nailed the fundamentals of player empowerment and action game theming.
Glen Cooney
Blogger
February 25, 2012

A Ninja Is You!
Shinobi for the PS2 is one of those hidden gems that doesn't get the attention it deserves. This stylish, Hiro Nakamura-approved action game has you stepping into the shoes of Hotsuma, a ninja of the Oboro clan, tasked with defeating the evil sorcerror Hiruko and his army of Hellspawn and zombies. It's stylish presentation and fast-paced, well-designed combat system make it an excellent model of how action games should be done.

Not many praise this game the way I do. At the time of its release, it got only mediocre reviews from critics and mixed reviews from players. Some people couldn't get past the steep difficulty curve (noobs), others couldn't handle its camera system (Pro Tip: Use R1 to lock on to enemies. Problem solved.) But even more seem to miss the genius of this game's combat system. Though simple, it does an excellent job of rewarding skilled players by allowing them to wield the power to take out a horde of enemies in seconds, or slay a boss in a couple well-timed hits.

While this game certainly isn't friendly to the casual player, there is much to be learned from Shinobi. Not only does it have a great combat system, but it also successfully blends all the key ingredients that make a player feel badass.

Being Badass
One of the most fundamental aspects of designing an action game is making the player feel empowered. Sure, it may be fun to watch a cutscene showing how awesome the protagonist is (or in Nero's case, how awesome he wishes he was), or being able to press a "kill every enemy in the room" button a la Knights of the Old Republic. But at the end of the day action games are most satisfying when the players feel they are the ones fighting the enemies themselves.


Feeling Badass
Another important component of the badass formula is crafting a compelling narrative that makes players both sympathize with the protagonist and feel the weight of the challenge they face before them. The player should feel comfortable stepping into the shoes of the intrepid hero and motivated to take on the challenge of achieving the character's goal. Shinobi and its sequel Nightshade do a great job of illustrating how this should and should not be done, respectively. 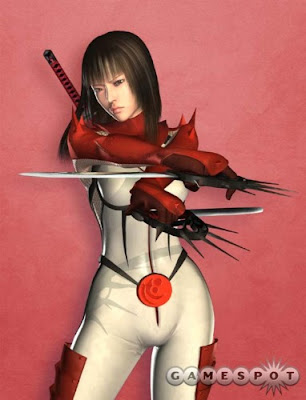 Nightshade's protagonist, Hibana, is a mercenary tasked with dealing with a rouge ninja clan headed by her former master and lover, Jimushi. During the first cinematic of the game, she bemoans the fact that today would have been a great day for a picnic and that today isn't her day. This isn't the last time she repeats this "today isn't my day" line either.

Now let's pause for a moment. Hibana is working for some sort of military organization, conveniently wields a diet-Akujiki with all the same powers but none of the soul-sucking side effects (because really, why bother with the original, ancient artifact that is the envy of all ninja kind when you can just use a knock-off?), and she is pretty hot. I'd say she's doing well for herself, all things considered.

Hotsuma, on the other hand, in the span of a few days had to kill his own brother in a duel, fight undead hordes composed of his former family and friends, and wield a sword that was constantly on the verge of devouring his soul. But does he bitch about it? No, he keeps his mouth shut through most of the game and takes on Hiruko and his minions like a boss.

The point being that if there are to be any flaws with a character, they should serve to make the character more interesting and intriguing to a player, not less. Hotsuma is one man taking on an army with no backup, shouldering tremendous feelings of guilt and loss, and playing with fire by carrying around a cursed sword. Hibana is a hired mercenary tasked with stopping an evil corporation from taking over Tokyo, who has a thing for guys twice her age and a fondness for picnics. There just isn't enough interesting conflict and motivation behind Hibana to really take her seriously as a heroine, much less a badass.

Finally, all of the above is moot unless you have good audio and visual design to complement the game's tone. For the design of Hotsuma, they went out of their way to make a stylized, futuristic looking ninja,  with a sleek look and an awesome red scarf . They also added some interesting stylistic flourishes for when you successfully kill a series of enemies. This was all complimented with an awesome soundtrack that did a great job of creating a compelling atmosphere for the game. 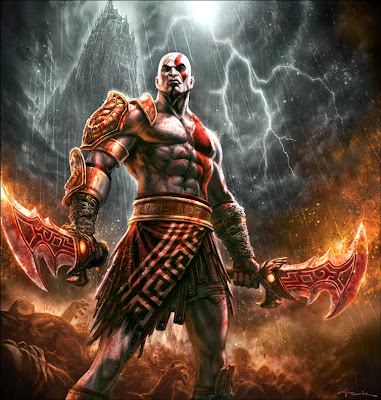 There are plenty of other great examples of this, including the soundtrack of Devil May Cry 3, which complimented the dark, brooding atmosphere and worked to reinforce Dante's own aesthetic style of being a half-demon demon-slayer. God of War's orchestral soundtrack also does an excellent job of making the battle-hardened Spartan feel like a force to be reckoned with. This all goes a long way toward creating the right kind of atmosphere and tension that can increase the player's engagement.

Or you could forget all that and do what Platinum Games did with Bayonetta. Rather than trying to characterize Bayonetta as a strong, powerful woman that can kick some ass, they pretty much decided to make an anti-badass. Aloof, sensual, and more than a bit bizarre, Bayonetta's lolipop powerups and butterflies that appear when she double jumps make for a highly stylized and unique action game. As fun as the game was, it fell short in the story and immersion department since it was hard to really put yourself (man or woman) into the gun-heeled shoes of the absurdly-proportioned Umbra witch. Rather than feeling like a badass, you just end up feeling detached from the character, and thus more of an observer of where her wacky adventure will take her.

Laying Down the Law

Making a truly badass game transcends mere mechanics, audio/visual presentation or story, but encompasses all three of these things. Like any good game, each piece builds upon the others to create a cohesive whole. One doesn't need to be making hardcore games to see the merit in looking to the fundamentals of player empowerment and pushing the right emotional buttons to make players psyched to play your game. In my opinion making a player feel like they are doing great at your game is far more satisfying than a player gaining more stats and stuff to artificially boost their performance.