Why do we develop such strong attachments to in-game objects? This article examines how Self-Determination Theory can be used to explain player affect.
Justin Reeve
Blogger
October 10, 2018

I definitely understand the feeling. As a professional pilot, I’ve developed a certain attachment to many of the airplanes which I’ve had the privilege of flying. I’m definitely not the only one, either. Somewhat strange turns of phrase like “I’m a Dash 8” or “we’re a Beech 1900” can be heard in airports around the world. Pilots clearly identify with their planes.

The developer behind Mad Max, Avalanche, managed to capture this relationship between man and machine pretty much perfectly. Spend enough time driving around its massive open world and you’ll see exactly what I mean. It’s tough to get through the game without feeling a certain connection to your car — the Magnum Opus.

Why do people develop such strong attachments to machines like the Magnum Opus? The principles of Self-Determination Theory provide a pretty good answer to this question.

Self-Determination Theory holds that our psychological health and well-being is maintained by three basic needs: competence, autonomy, and relatedness. We feel intrinsically motivated when these basic needs are met. The Magnum Opus in many ways meets them. In other words, it makes you feel intrinsically motivated to continue playing Mad Max. Let’s take a look at how this works. 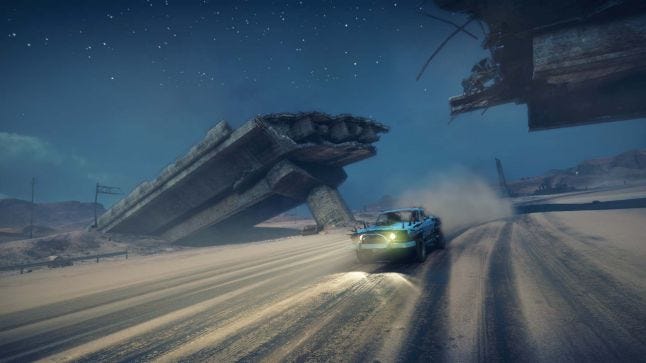 Mad Max is all about the relationship between man and machine

Competence in gaming is all about mastery. Players need to feel good at what they’re doing. Working things like Boost, Nudge, and Ram into the vehicle’s more elementary driving mechanics, Avalanche provided the Magnum Opus with lots of different systems to explore, but also a few fail-safes to keep you from feeling foolish. The vehicle is actually rather forgiving. Boost over the edge of a cliff and you’ll probably roll over, but the Magnum Opus will almost always end up on its wheels. You can take a ton of hits, but the car won’t explode if you bail out at just the right time, either. This allows you to improve as a driver without smarting after every mistake. In other words, the Magnum Opus allows you to build up a feeling of competence quite quickly. There’s a lot to master, but there’s a lot to prevent you from feeling like a total failure, too. 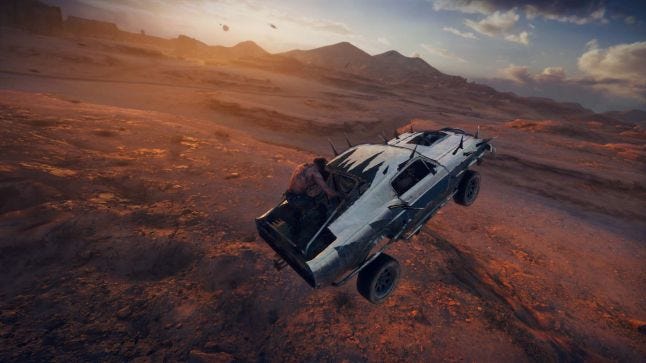 The Magnum Opus comes with a few safety features

Autonomy is about having control over your surroundings. Games offer this kind of control in several different ways, but Mad Max meets your autonomy needs though customization. While various improvements can be unlocked for Max, the number of upgrades for him truly pales in comparison to those available for the Magnum Opus. You can customize pretty much every aspect of it. Beginning as nothing but a bare chassis, the Magnum Opus can be given a brand-new engine, bumper, paint job — even a completely different body. With dozens of potential part combinations, every player should be able to find something which works for them. Want a bigger engine? Replace your vehicle’s V-6 with a beefier V-8. Don’t like black? Paint the car yellow, green, or blue. The possibilities for self-expression are just about endless. 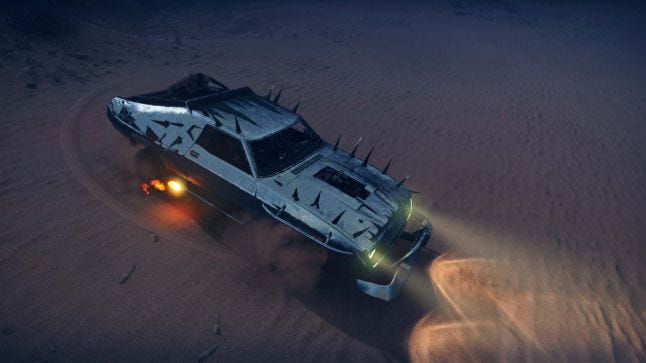 Players can customize the Magnum Opus to their heart's content

Relatedness concerns connections between people. Games like Mad Max in other words have to foster personal relationships in order to meet this need. Such relationships can definitely form between players, but they can also form between players and artificial intelligences. The Magnum Opus for example comes equipped with its very own voice in the form of a non-player character — Chumbucket. He’s quite a bit more endearing than you might think. In addition to filling several combat-related functions like harpooning and rocketry, Chumbucket frequently chimes in with helpful advice and occasional warnings about the state of your car. Chumbucket’s dialogue is a lot more important in terms of player motivation than his role in combat, though. He quite literally makes the car communicate. Providing the Magnum Opus with a strong personality, Chumbucket offers the necessary personal connection to meet your relatedness needs. 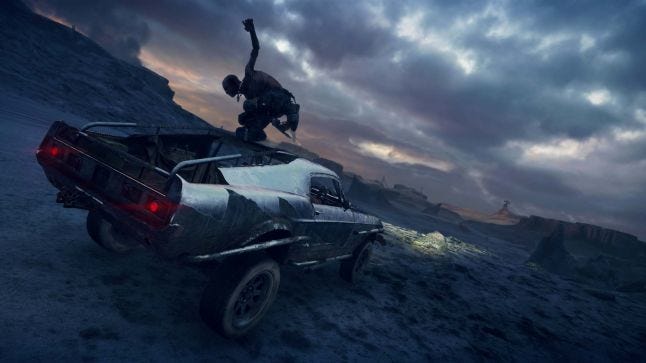 What’s behind the special bond between man and machine? Psychology. Self-Determination Theory holds that people are intrinsically motivated when they feel a strong sense of competence, autonomy, and relatedness. Mad Max provides a perfect example of something which appeals to all three of these basic needs — the Magnum Opus. With its powerful appeal for the player, the Magnum Opus really is one hell of a machine.

This article was reproduced from "Man and Machine," posted to SlowRun on October 2, 2018.