I break down the initial and more recent additions of secondary systems in No Man's Sky.
Basilio Bazan III
Blogger
May 07, 2020

No Man’s Sky is a 3D Open world (or universe) survival exploration sci-fi game originally released in 2016 and has drastically improved with large updates expanding the gameplay possibilities for the player. You play as an unknown space traveler tasked with exploring the universe to find ancient artifacts and make your way to the center of the expansive universe. The games core systems include Movement/Travel, Crafting, Resource Management / Inventory, and Exploration being the selling point of the game.

There are many secondary systems in the game and may continue to expand as the development team are still planning for future updates, but I’ll analyze the most notable secondary systems in detail. I’ll first suggest that combat is a secondary system of the game, even with many creatures, Sentinels, and space pirates that will attack the player whether they’re exploring a planet or flying through space all can be avoided by fleeing and outmaneuvering the enemy. The player’s mining tool can be equipped and modded as a weapon and the same goes for the player’s spaceship. It is up to the player to decide what play style they will pursue. The only other system I see that ties into the combat system would of course be the movement system for whether they stay and fight or try fleeing being either in space in a ship or on foot. 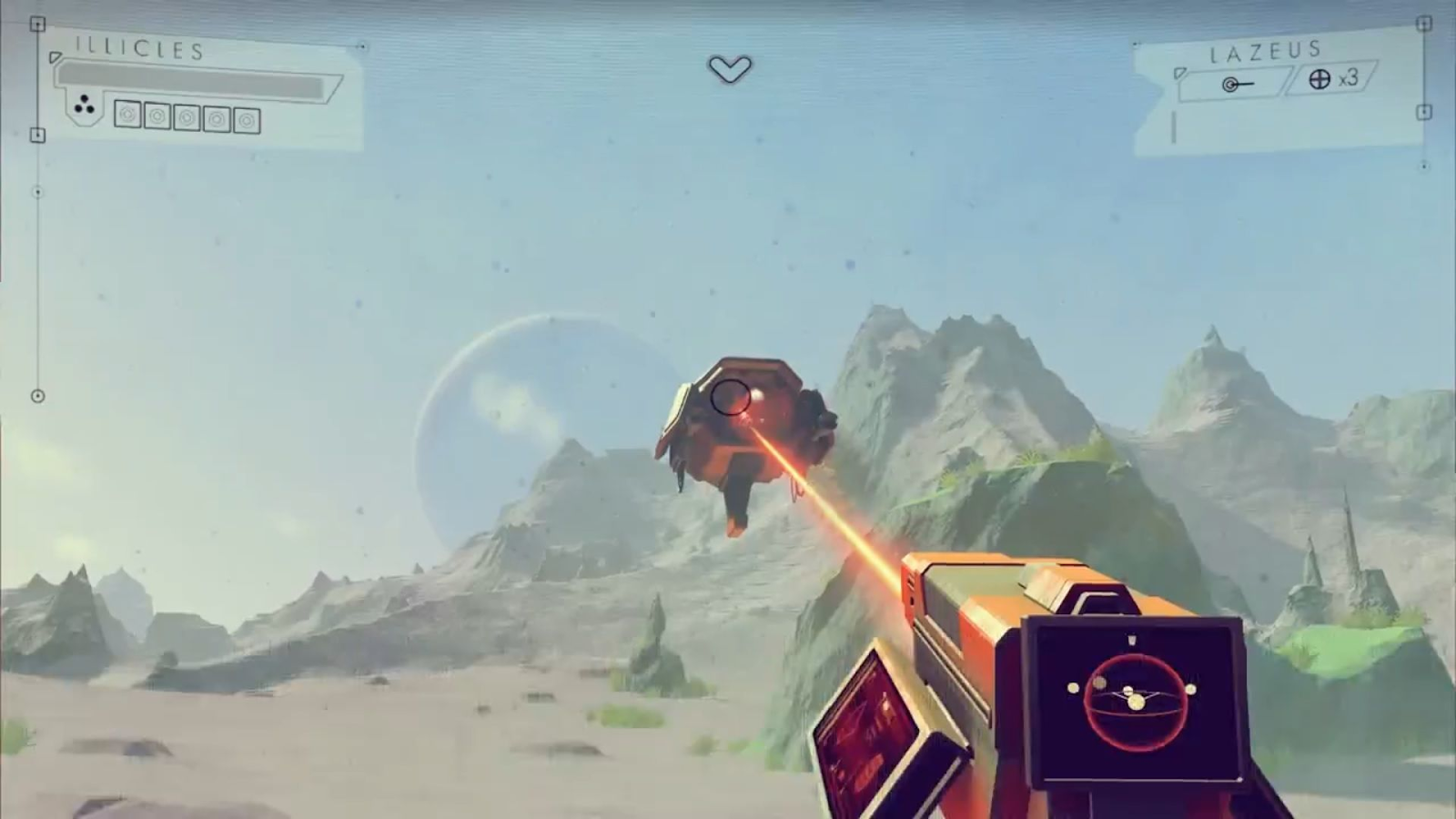 The social system of the game, although initially promised for release, came in a later update to the game. The player can run into up to 32 other players that happen to be in the same star system. Players can also form parties of up to four players which allow players to travel together and visit each other’s bases. Players can communicate with each other in-game by voice chat (Voice over IP) or by using game chat and certain emotes / expressions are able to be used to be displayed by the character model. A new feature included in another update, called Joint Exploration allows player to essentially travel together, sharing discoveries they make from plants, creatures, and planets and even be able to rename them. This secondary system plays off all other systems in the game ,except maybe crafting as that’s done individually, as players are able to interact with each other and the world and travel together. 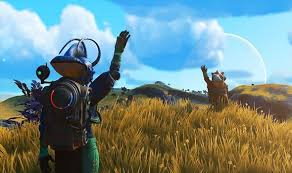 Another huge secondary system that was added in an update was the base building system. Players are able to pick a home planet and thus begin building a base by physically building the pieces and place them down into the world. This system relies heavily on the core systems, mining, crafting, and inventory, to make the specific tools for base building and the actual materials. This system really allows player to be creative in terms of how they want their base to look like and what exactly they want to fill it with. Players can use their bases to store additional items and implement different stations managed by an NPC. Different stations include the Overseer, Scientist, Farmer, and Exocraft Technician. Another benefit from having a base is including a teleporter module which would allow a player to instantly travel to different locations such as a Space Station, or another player’s base. An initial interesting system in the game was the language/relationship system which allowed players to discover monuments around different planets that would allow them to learn a single word from an alien species’ language. This would be used in mostly Space Stations where players can interact with other NPC and answer questions/ make choices however everything would be said in that specific alien species language except for the words that have been discovered. Depending how you answer the aliens questions would determine your relationship with that alien and that species. Obviously this system is dependent on the exploration core system for players to slowly discover pieces of the three available languages to eventually make out full sentences.

Overall, although this game was released with controversy and barely anything to do outside the core systems, with huge update after huge update this game has grown to include many brand new features and systems that extend the longevity of a playthrough for a player. As an exploration heavy game these secondary systems are a great way to add to the discoverability of the game from discovering new creatures, a much needed material for crafting, another player exploring the same planet, or a word to an alien language. I myself as a player has seen this game grow through the years, and excited to see what future updates bring.